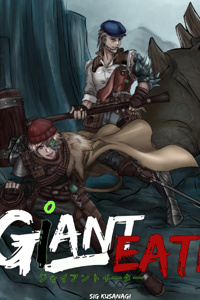 “I am sorry, but, I don’t think I understand,” said the Herald, rubbing his reddened eyelids, “you wish to do what exactly?”

“I wish to make this young man a member of the Libra Nightsign,” King Procello Wirbelvint Zephyr the Second explained matter-of-factly.

“Oh, I know, Your Majesty,” the Herald said, his eyebrows knitting into a single vicious ridge, “I just wanted to give you an opportunity to say something else, as what you’ve just uttered is one of the most singularly foolish requests I’ve yet had the misfortune to calculate upon.”

Up until now, we had been enjoying our time. The king had treated us to refreshments and pastries, as we had waited for the Herald to be summoned. But now, I was frozen with tension, the teacup I’d been about to sip from mere inches from my lips.

Surely, no one can talk to a king like that!

I switched to the king, expecting a red squall of anger to come bubbling out, but instead I found that he was still grinning, relaxed in his chair. He regarded the young, dark-haired man in front of him like a loving parent, holding his gaze like one might a temperamental teenager’s.

“I shall always be able to count on your astute counsel, my dear Hawk,” King Zephyr said, his tone friendly, “as I relied on your father’s before you. He was, however, far less prone to calling me an idiot.”

It was an odd name, but it also resonated with me.

Hadn’t I heard of a Hawk before?

“My father was a man more prone to permit nonsense,” Hawk said sternly, the severity in his responses typical of someone much older, “but I am not him, and you knew this when you appointed me to his position. I am not as soft-hearted to the whims of the king.”

“That is all too true,” the king said, nodding, “but the late Herald Vallery also knew when an opportunity arose, to reward those that deserved it. That is what must be done now. You may perceive them as whims, dear boy, but I am still the king, and as such, you will do as I ask.”

“The rules surrounding the Harbinger Arch are absolute, King Procello, they cannot be broken,” Hawk continued, and his disinterest from before at the ceremony had melted away, and I could tell that he was angry, “unfortunately, Hutch Carthage, despite his lineage, does not possess the necessary requirements to continue.”

The king sighed and closed his eyes. He leaned against the back of his throne and rested his hands firmly on the ornate arms. He took a moment in silence, and then opened his eyes again.

“You and I both know--though we may be shy to admit it-- that we do not fully understand the Harbinger Arch. It is a relic, and there are aspects that even we have not unearthed. You know about the seventh--”

“I believe Your Majesty is speaking too freely,” the Herald said, cutting off the King mid-sentence and glancing nervously at Hyperion and myself, “we mustn’t reveal more than we have to where the Arch is concerned.”

King Zephyr sat up straight, resting his meaty hands on his substantial stomach, narrowing his eyes.

“It’s my bloody Kingdom,” he said, wielding each word like a poisonous barb, “and I’ll say whatever I gods-damned please in the company of whomever I wish.”

The way the king’s mood had shifted so suddenly put me on edge, and I looked nervously over to Hyperion. He was still as a statue, and if the conversation made him uncomfortable, he didn’t show it. I glanced at Nox, but he seemed to be dozing, his back resting against the steps of the throne near his father. Even Garth seemed unbothered by the interaction. He had his book open, and stood halfway from throne to doorway, reading quietly, his lips moving ever-so-slightly as his eyes followed along on some passage.

“As you say, King Procello,” the Herald said, “but in this, I think that perhaps the late hour is affecting your mood. Might we revisit this after you sleep? It’s already morning.”

“No, we will not,” the king returned, “before I go to bed, this boy will be with his father--and the others-- in Libra’s sanctuary. He will take up the Challenge, and then, and only then, will he be tried or dismissed.”

King Zephyr pinched the bridge of his nose, and then released it and rubbed a hand through his beard.

“Horus never gave me this much trouble,” he said quietly, “I don’t know why you must.”

Something seemed to click into place, and before the Herald could respond, my voice was bubbling out of my own throat.

The Herald stopped, and turned to regard me. I continued.

“That’s why you and Father seemed to know one another!” I remarked, setting down my teacup, “you’re Downinghawk Vallery! Your father and mine were good friends. My father went to see you off a few years ago when you went to train under the Bardmasters.”

Hawk didn’t confirm nor deny what I’d said, but seemed puzzled instead. Then he tilted his head in his confusion.

“But, I didn’t know he was the former Herald of the king, and I didn’t know that my family was so well known here…” I wasn’t sure how to finish my sentence so I let it drift away from me.

“I had assumed you were aware,” the Herald said slowly, “your father didn’t tell you anything?”

“Anything about what?” I asked.

“Perhaps it would be best if you discussed that with Alder Carthage,” he said, “though, I suppose it would make sense that he would be tight-lipped about the whole thing.”

“Why does everyone seem to know more about my father than I do?” I asked, and I felt like a petulant child suddenly. I quickly calmed my tone and cleared my throat.

“I’m sorry,” I said, bowing my head respectfully, “today has been difficult.”

The Herald nodded, as if dismissing my statement for the platitude it was.

It was impressive. Hawk Vallery was only a few years older than I was, and he was in a position to argue with the king without consequence. I hadn’t ever met him, but I knew that he was a boy from Vuss, the village just at the edge of the Berrywood. It made me feel as though I’d been wasting my time. I remembered with a stabbing embarrassment how the Harbinger Arch had revealed my impossibly low level. Everyone’s eyes judging me, I recalled how their reaction had been of those scammed by a grifter. Father was level ten, and while I wasn’t sure exactly what that meant, the whole ordeal made me feel very small and insignificant indeed. Perhaps I didn’t deserve to be Appointed. Hawk certainly didn’t think so.

The Herald sighed, and then looked to the king.

“I’ll take him to the Libra sanctuary,” he said then, and I was taken by surprise.

“What?” I asked, “just like that? I thought the Harbinger Arch didn’t make mistakes?”

“We don’t know exactly what the Harbinger Arch is capable of. It isn’t unheard of, however, for individuals to be Appointed by their kings, even without the Arch’s blessing. Your grandfather, for instance, was part a similar instance... and he was one of the greatest--well, there’s time for that later.”

“My grandfather was an Equites?!” I asked excitedly, “please, you have to tell me more!”

The Herald scowled at me, a chilling thing, and I quieted down.

“No,” he said simply, “there are larger forces at work here, Hutch Carthage. The realm is under a time of great peril. There is a considerable danger in even discussing the matter at this time. It is why we pushed forward to have the Appointment ceremony before its time.”

I didn’t know what to say. It was beyond my understanding, but I waited for him to finish.

“I spoke with your father already, before I came here. He demanded the same as the king. He says that without your abilities, despite their abnormally low level, he will be useless.”

What Father had said was partially true. We’d discovered that we needed to work in tandem, or else…

Or else bad things happened.

“We need your father, that much is clear. No one has ever been Appointed with such a high level in their Adventure Class. But, if what he says is true, we will need you as well. Our enemy cannot be defeated without his help-- your help.”

I couldn’t believe what I was hearing. They needed my help? Why was Father so important to them? I felt like I would be filling my days with questions, but I had to ask another.

“What enemy is so vile that you’d risk ignoring the Harbinger Arch to defeat it?”

The Herald looked at the king, as if wondering if he should speak, but instead, I heard a different voice chime in.

“The Giants,” Nox said, suddenly awake and very serious. His eyes bore into mine with an intensity that made me feel as though I had to look away. They were dangerous eyes, and filled with fire. The very same eyes I’d seen when we were fighting the Giant in the King’s Valley.

“Hundreds of them,” he said.

“Hundreds of Giants…?” I breathed, bewildered. That seemed like even too much for Father and I to handle. Until now, we’d only faced one at a time. Even one extra Giant seemed like it would surely be a death sentence.

“More than that,” King Zephyr finally said, turning to me, his expression stony, “He’s awake.”