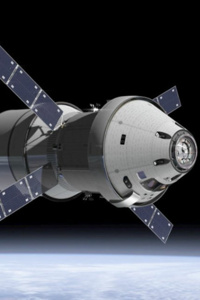 Just a normal guy that has enough of Earth's downward spiral leaves the planet in his own rocket. Mining, building and surviving where none has gone before because nobody wanted to chance his stocks for an adventure in outer space.

I am not the best author and this is just a fun project. So please no hate and give good criticism. Thanks

Reviewed at: A new start

Ok start, but could use more background on both current earth and the space race, an indication of a goal beyond yeet myself into the abyss for fun, a language sweep, a grammar sweep and a more established character bio pre upload.

i know winning the lottery the typical trope to get the story rolling quick but there are a lot of assumptions you have going into that, like, when did he win the lottery, did he make it his goal to head into space and then learn everything about the subjects or was he well learned beforehand? family, friends left behind, any form of nationalism in play? why didnt he just establish a patent and create an orbiting space station as a private resort? why a von neumann probe?.

now obviously you could answer a lot of those questions in further chapters, however the first chapter seems to gloss over a substantial amount of it just to shoot him into space.

your writing is alright, ive seen worse, but it could be  a lot better, and i refer to writing style, you could use a bit more detail but is otherwise fine, if nothing special.

will re review if you get to 10 chapters, good luck!

Reviewed at: A new start