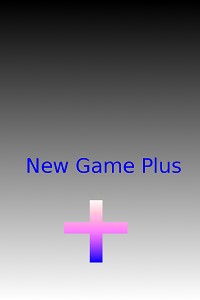 In the world of Sykerion, year 451, the demon lord was defeated. Thoth, the hero, died at the end of the battle, satisfied that he finally able to die. Hearing a voice though, his expectations of resting in peace has been betrayed, and a few seconds later, he finds that the pains from his wounds as disappeared, and the location around him changed. Opening his eyes, he looks around in his surroundings, and finds himself in a bright, unknown place. After looking at his body, he believes that fate is just toying with him now. He has reincarnated as a female child.

Be aware that this is my first time writing a novel at all. If you have any questions, feel free to ask. I'd also appreciate any corrections, suggestions for improvement, and productive comments about the story. Thank you! Oh, and also, by Mature content I mean battle scenes involving blood and other gorey stuff.

News: Currently rewriting chapters 8 - 13 (Won't release until I finish them all, since I'll be moving around the chapters again. For the sake of keeping the story in chronological order, please bear with me for this.)

Although it's early days yet for the story, I'm finding it legitimately funny and entertaining.  I'm interested to see where it goes, and how the author evolves the plot.

I already love this story, it has a lot of things I like and I hope you will keep up your work :3

I really love this story I think its sad that it isn’t in the top 20 because it definitely belongs there.

I love the characters I love how you tell the story all the ups and downs and I really like the charater development pls keep it up and don’t drop it I check everyday for a new update.

I like the way you make the MC OP, and still make the story so interesting.  The only thing that you can improve on is defining a character’s appearance, like their looks, what clothes they are wearing in detail etc.

Cause i read the whole thing (upto ch 27 in 1 go), and i saw that you were missing on that part.

In the end, the grammar is good, just some typos here and there, but overall it’s definitely a good read.

Taking what should have been a cliche story but flipping the perspectives via using gender bending the protagonist and antagonist.

Truly a worthy choice. Along with the \\’other perspective\\’ of common japanese anime comedy, the characters and story are well developed, though their personalities may not appeal to all.

-Lore of the world is descriptive, interesting and compelling

-Physics, chemistry and other sciences are found to be mixed well with the world and lore

-OP MC too early into the story without their own learning curve that makes stories like Coiling Dragon quite memorable and thrilling.

No need to seal herself for that- she's pretty much unstoppable by anyone in this world, and challenging her limits could be done by levelling up in other worlds if she runs away from home.

Well this story improved from chapters 15+ and MC started being more realistic. Glad I stuck with it instead of dropping this.

I think having a main character that only speaks up to four words at a time is an interesting character trait.  The thoughts of  the main character are verbose enough, and the other characters in the novel can certainly carry the conversation easily.  The more I read the story, the more I look forward to reading more.

One of the best lines in the story so far comes during a certain combat situation.  The main character says, "I. Am. The. King."... after which, you just KNOW  all kinds of mayhem  will happen next.

This is definitely one of my favorite stories on Royal Road.

EDIT: It's unfortunate that the first nine chapters were revised a bit.  I think the original versions were much better.  I also hope the author comes out with new chapters eventually. It's still a great story.

loved it *thumbs up*

Would have liked it more--> 5+, if the demon king was a girl in the previous life or the hero was or just vice versa but this is good too~. So keep pumping out those delicious new chapters~ ^^

All in all  the story was great.
Will definitely recommend to those who like op MCs.