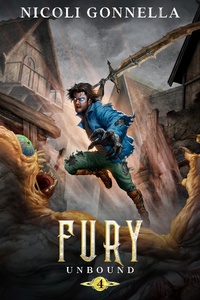 Remove Ads
Previous Chapter
Next Chapter
A note from Necariin

Check out Wish Upon The Stars, by MalcolmTent!

Heroes, Villains and those in between constantly struggle in a world where the race to the top of the food chain can be brutal and unforgiving. For people like Shane, though, sometimes you get a leg up on the competition. Maybe he can be one of the few that can actually make it to the top. Or maybe that's just Wishful thinking.

Book 1, Dissonance is out now on KU, audiobook, and paperback! Order Here!
Book 2, Silence is available for ebook preorder, available in all formats on June 22nd! Pre Order Here!
This arc is complete up on Patreon! Read 42 chapters ahead!

Also, it always helps if you vote on TopWebFiction!

Check out the story Discord server!

If you haven't yet, please rate or review the fiction! It's appreciated.

Big thanks to all my patrons! And thank you all for reading!

It's not the best moment to be in middle of tempering, but we know the story well enough to know it will only turn for better for Felix.

Best time for a Willpower battle to show up :) Boy needs time for body to temper... so trap the enemy in a mind duel :)

Does Felix have a Luck stat? It would have to be abyssal.

You probably mean titanic, an almost plot armor size of luck. If you can turn all kinds of disasters into Opportunities like he does what else would it be 😂

In Felix's case, I think a luck stat would describe the magnitude of his luck, both positive and negative. The degree that his Path affects and is affected by the world at large whether for good or ill.

Felix’s Luck is that of Plot, it is superior to everything else.

Zach or Zach 3 months ago

Huh, this tempering needs great power, and here we have great power showing up. Although, going into a boss fight with a broken body prolly isn’t the smartest.

Authority constest is gonna be all willpower, which our boy can deny Divine and Primordial with his... little bitty flame guy.. toast.

Not sure if Authority can fuel a temper, but he does have a fudge ton probs still coursing through him. or maybe Hunger will contribute to the cause. Or maybe ol Grandmaster has a bit of flame in him still and he steal that.

OR if you want power of friendship... those links could go both ways and they could give back what he gave them.

Loving the story! Thanks for the chapter!

He had been feeding his Essence into his cores, fueling the Tempering process with the dense

The Grandmaster's entire body fell into shadow, as if a sun was suddenly expanding behind him. A Human-shaped solar eclipse. "You'll regret that, boy."

As if the grandmaster had any plans on letting "Veil" leave alive regardless....

Yeah, it's kind of annoying actually. Same with Haim, the paladin jackass.

"I am going to try and kill you no matter what, but lemme just whine and moan about how theres suddenly way more reasons for me to what i intended to do in the first place."

Laovi, The Eldritch Banana 3 months ago