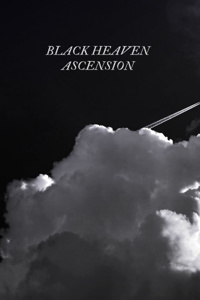 The nameless ravine didn't offer much when it came to company. The whole place seemed like an antithesis to life and only life forms with the most resilient of bodies continued their residence there, well, there were also those that had no bodies at all. Spectral shapes, echoes of the lives that abruptly ended, ghosts. They listlessly floated untethered by the world and heavenly laws. They appeared from the ground and passed through walls, the freedom of their existence rivaled only by its pointlessness.

Yet now the ravine held an obstacle they couldn't pass through, in fact, it absorbed any ghost that dared to float near it. It was a pale youth in a ragged black cloak that sat in a meditative position with his eyes closed. Han Bei carefully refined a ghost that had strayed too close to him and used the ghostly qi to bolster his own aperture. Han Bei briefly opened his eyes after he was finished. " Much easier to refine than the young master of the skeleton manor but also less powerful." He took out an immortal compass to check if he truly was at the best spot for cultivation.

An immortal compass looked much the same as its mortal counterpart, It simply guided people to something different. Instead of a tool that indicated the directions, it indicated elemental affinity and intensity of Heavenly energy. A crystalline needle rotated in a palm-sized box. The color of the needle indicated the elemental affinity and the speed of rotation indicated just how powerful Heavenly energy was. It was a blunt instrument but one that was useful for low-level cultivators.

Han Bei scrutinized his own immortal compass. The needle was dark green and sluggishly whirled around until a ghost came along, then its speed abruptly increased, and as he refined the ghost the rotation of the needle gradually decreased again until it returned to its initial sluggish speed.

Han Bei judged in a composed manner, " Probably doesn't matter which spot I pick as long as there are ghosts nearby. " A short while later another ghost floated nearby and Han Bei closed his eyes as he immersed himself in cultivation. With the old monk currently gone doing whatever things stupid old monks tend to do, and with the silence of his new neighbors, Han Bei finally had a quiet moment he dedicated to cultivation, and by the heavens, he was glad he could cultivate again.

The world around Han Bei disappeared. No sight, no sound, no smell, the only thing he could sense was a glowing emerald orb surrounded by green mist. That was his very foundation, his aperture. Currently, its surface was still rough and jagged while a scar ran across its surface as a result of some injury Han Bei couldn't remember. Some memories still alluded him.

As Han Bei refined the ghost he erased the phantom's will while its power was added to the walls of his aperture, as they healed and became stronger. Once his aperture was healed, he'll be at the qi completion realm and then it's only a matter of time before he reached the 1st realm and became a proper cultivator, but right now Han Bei counted as a nascent cultivator at the qi solidification realm. At times when no ghosts were around, he refined the sluggish dark heavenly energy that was naturally found in the ravine. It aided him only a little, but it was better than at the cursed stage where he retained no heavenly energy at all. Now he embraced the tainted power of ghosts and monsters that coursed through his very core.

Han Bei's sense of time disappeared, as his concentration was fully overtaken by the joyous act of cultivation. Questions of his own humanity retreated to the back of his brain as he utilized all of his own will to wash away the remnants left behind by the ghosts. Like before he saw the broken pieces of the things that once were, fragments of the world through the eyes of long-dead man and woman. But there was nothing there, through death and time their truths were crippled into gibberish that melted away like snow under the unforgiving gaze of the sun and left behind nothing but power for him to use.

Like a starved beast Han Bei feasted on any ghost that dared to get close. He bled them of their wills and devoured all that was left. Things of nightmares for some became nothing but fuel for him as he reforged his aperture. " There it was," he could sense it. The first step, the great beginning. After he refined 3 more ghosts finally, he reached the qi completion realm. The container of his power was ready and no more would there be a risk that it dissolved if he used just a bit of his power.

Han Bei felt that a dark emerald sun burned in his chest, its core was empty but like any void it begged to be filled up, and once its complete... A smile bloomed on Han Bei's face, not one stained by derision or sarcasm but one of true joy. He doubted that there was greater joy for a cultivator than reaching a new realm. Previously he was like a bird with broken wings, but now he could almost touch the great sky up above.

Han Bei opened his eyes and let out a single long breath. Both excitement and desperation twisted in his gut, a part of him wanted to continue more than anything, but there was a single lesson he couldn't forget. Nailed deeply inside his brain, it cautioned him, " If you try to run when you can't even walk properly you will only stumble and fall." He just made a breakthrough, and he needed at least some time to adjust to his new cultivation realm.

Han Bei stopped this cultivation session. He stood up and stretched, even if he didn't feel sore it felt like the proper thing to do. He took out a mechanical watch the old monk bought for him at Last light and concluded that this cultivation session lasted for 8 hours. There was a wry, a bit self-deprecating smile on his face. " How many days has it been since I last slept? How many days since exhaustion affected my body? One really does have to wonder if I'm still even human? "

Power coursed through Han Bei's body and a gnarly specter that resembled a human form manifested in front of him. Every second that he sustained the ghost, power was drained from his aperture. After a few seconds, the ghost disappeared as Han Bei exhausted his qi, yet he shook his head. " It just isn't the same, as moving my body." His lack of exhaustion wasn't the only point where his humanity could be scrutinized.

He recognized that some might also deem his power unrighteous and its source demonic, but he had no thoughts of relinquishing it. It wasn't just fiery anger that guided his need for vengeance but cold fury that burned bright. And that light alone scattered the darkness that lies on the path that he chose. That was his truth, and it wasn't just an impulse that guided his actions. A simple display of anger died soon after it was born, a greater goal guided Han Bei's hand. Like a sun he will never lose his light and those that opposed him will be burned to cinder and ash.