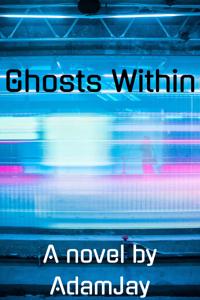 Reviewed at: Chapter 21: Above the Clouds

If you're a fan of film noir, this is going to be right up your alley. Even if you're not, it's a fun-loving story that's easy on the eyes.

This is its strongest point and, golly, when it's good, it's very good.

If you've ever watched Double Indemnity, the narration in "Ghosts Within" could basically be read in Fred MacMurray's voice, despite a considerably different setting and a very different main character in Remy. It's true to the genre and it feels so right.

Not as strong as style as there are the few odd parts that seem a bit incongruous and forced in. There is, in particular, a fun race sequence that doesn't entirely fit in with the rest of it, but it's fine in its own right.

Strong with the occasional slippage here and there, but nothing glaring or particularly worthy of note. Specifically, there are no frequent malapropisms or verbal crutches that need to be corrected.

Remy, the protagonist, is a delightful schlub who really ties the whole book together for me. I don't know why, but I relate to broken down frumpy alcoholics. His relationships are a hot mess, too. This ties back into style because he's a very strong film noir protagonist whose inner monologue is a constant wave of melancholic rumination punctuated by periodic glimmers of happiness.