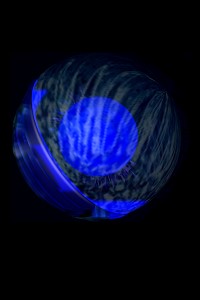 Announcement: I (the author) am currently on a journey through guides, feedback and countless pages of miscellaneous other stuff to improve this work. I will not change the plot, but the style should be improved by a lot. I also intend to give more insights on the world and its characters. Once that is taken care of, this message will be removed. Until then, I wish you keep this in mind if you keep reading. - You know the stories about how some random person get's resurrected as the hero of a fantasy world after dying in their previous one? Well.. Mana may have been revived, but definitely not as a hero. This world does not require to be saved. It has to be changed. However.. how much can something be bent.. before breaking? - Mature tag due to: description of gory scenes. Some violence. This will go down after the first few chapters, but will resurface later on. Example: """"had literally drowned on its own blood"""". No sx scenes. To get some things out of the way: -this is my first submission, and the first story I ever wrote. If you find mistakes, or have something to criticize, please do so, but DON'T just write """"xy = bad"""". Explain me how to improve. Would be nice.

Put away your pikes and torches!

Original story was worth around 4*s, Interesting plot, Likeable Characters and enough creativity. Although the formatting was confusing at some points.

Then the rewrite came. Many people think an rewrite would make an awesome story, thats not exactly wrong. Only flaw being that there are evil seals like me who eat little penguin babies every time they see a rewrite announcement.

Rewriting results in an familiar story, a few changes here and there. That dropped the NEW rating by 1.5*, I don't want to read the same stuff again.

And finally, announcing an rewrite, and literally axing it halfway, till you reach the same heights WITHOUT screwing up the pacing this would've been dropped by me, twice. Down the skyscraper. -1*

So it's 4*s in honor of what you had written and 0*s for what came with the rewrite, middle is 2*s

I personally would raise the rating to between 4-5*s if you would just change the formatting a bit, no need to have the perfect flowing style. Perhaps a bit shorter paragraphs?

On another note… come with your torches and pikes… Roasted penguins?

before the re-write this story was good 4.5 stars at least the re-write kills the story it just doesnt feel the same in a bad way

2 and a half in honour of the old story

First the style- I like your style, not too heavy not too light, great for anyone who wants to take a break from reading all those intense stuff from other fics.

Story- it's great so far, buuut, you could've paid more attention on your first chapter. Most people judge the book by it's first chapter if there's no cover.

Grammar- I'm no grammar Nazi, but I can honestly say I'm not having a hard time understanding your grammar nor did I notice wrong spellings or typos so it's fine.

Character- The main character is great,  at least he's not a narcissist so far. There's a bit of problem though, since he's got no clear background it's pretty hard to understand his actions, reactions, and goals.

OVERALL I find the story engaging, interesting aaaand yes!, FRESH. Something new is always welcome in my book. Keep up the good work.

His host body feels like a side character rather than a support character, I'm not a good author but that's what I feel about the story. The new arrival (Help) gives a more dynamic vibe than the host body...

I am a bit dissapointed, but having patience is what i am known for

It is not the best rewrite, but I see that you are trying for better.Although you are nowhere near the 5 star review i will give it for taking into consideration my opinion.