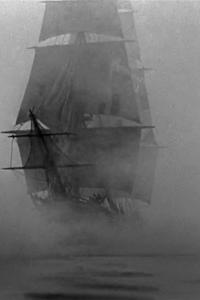 When I first read this story, over a year ago, I thought I was amazing, and had given it a 5 star.  It was one of the only litRPG storys I would've recommended at the time.  But then after reviewing it during the hiatus, I found that the story got stuck right around chapter 14.  From ther until chapter 32, nothing really happens, no character development or story progression.  Then the rush before the hiatus going to chapter 38, and finally, something happens, but this gives it a taste like a poorly executed TV series where nothing really happens until the last episode.

After the hiatus, I still had high hopes for the once great story that made it to the top 3 stories of all time on RR.  From chapters 38 to 50 so far, the story is again stuck where things are happening, but a lot of it could be cut out and the story to move along.

My advice for the author would be to look back on the beginnings of his story and see how it flowed.  Something meaningful happened in each of those chapters and the story progressed.  I would rather see the author do revisions than new chapters at this point in time.

promising start and then a complete letdown

I liked this story a lot initially, but it began to slowly lose its charm. The grammar was good. I really liked all the sailing aspects and learning about how things work, and about the MC's dreams, etc. I liked the action on his first ship,  in the tavern, and even the second ship was nice, too. However, when the deal thingy happened, things started to plummet. At this point, we're just seeing Dominic awkwardly flounder around, trying and failing to do a good job at literall anything. It's painful to read. Maybe there's supposed to be some sort of trial and error thing, or maybe I'm supposed to enjoy reading about this, but whatever it is, it's not working.

3 stars and not 2 for the good start.

Good start, but lost its way

When I first read the fic I really loved it, then I picked it up again and sadly found out that the latter parts of the story can´t keep up with the beginning.

I personally don´t think that the deal he made is the point where everything went downhill (I personally found it an interesting direction, but I can also understand why people wouldn´t think so), but it starts shortly after (during the bit stall story arc where he gets training in/lays low or at the point where he gets his first ship/crew and everything turns into a missery fest, depending on what you like to read).

At that point the whole "everything the MC does goes wrong" is a bit over the top. I mean, becoming captain with such a shit position, mistakes are expected, even if he spent most of his life at sea, but yeah, it´s too much. Not helped that the overworldy guy he made a deal with suddenly turns from a force of nature people only wisper about into a micromanaging boss that drops buy after everythign the MC does to shit on him (that all after he just watched ages and did nothing while the Mc got his training/laying low arc done and then suddenly shifts).

For me personally the whole story also lacks any long term goals or overarching plot. You know the whole "Throw the ring into Mt. Doom, learn to be a jedi and confront the Sith, learn how to be a dragonrider and overthrow the evil king,...". Some sort of goal that is in the distant and you are slowly moving towards.  At this point I have no clue what the MC wantst to do or where the story is even going. Is he still going to serve the guy he made a deal with after the last hard break in the story flow? Is he now under the protection of the new power that intervened? Etc...

Well, at this point I can´t really recommend the story. It had great potential but it lost its way. Perhaps the new arc manages to pull things back together (since it looks like a hard and abrupt break from everything before), but I wouldn´t count on it.

Tide that never came back

The story starts off on a high note, a grab to the attention and interesting details all the while to help seamlessly bring the reader into a world where rpg elements are reality.

Then it slowly built up to a massive apex of our MC saving princesses, fighting pirates to the death and even meeting with davey fucking jones himself. Nice!

All this action happens in around 14 chapters, a decently sized arc. Of course after something massive like that there needs to be down time in a story...a few chapters of getting ones bearing for sure.

But the problem is that nothing  happens, well, things do happen but they are outside the MC's control or ability to influence. Which would be fine but we as the reader have no reason to care about the conflicts that are happening as for us these are just random gibberish names for gibberish places that exist.

Not to mention the MC goes from literally killing tons of high leveled pirates like they were nothing to running from shadows in an alley like a scared chick.

Its very jarring, like the opening of the story was just an attention grab for info dumps to come later on.

Early chapters are quite excellent, but later chapters Domenic seems to lose what made him an appealing main character. The grammer is good and the worldbuilding is great, but the side characters are lacking and can't prop up the story with the collapse of the MC.

I don't think the story jumps ship with Dom making a pact with Davy Jones, I think that could have gone really well. I think its when he starts trying to build personal relationships at shore and the characters feel... not real at all. The prodigy children definitely seemed like the beginning of the end, there is a reason people don't like Wesley Crusher from Startrek.

Got damn is this a good story

I was strolling for stories across the active ranking list and happened to scroll across this gem of a story. I added it to my read later to see if it was actually good or just inflated like many others with early 5star ratings. I let it stew for a couple days before giving it a crack and boy am I glad I did.

Style: Smooth read from a first person perspective, could maybe use a bit of working on visualization? That's probably being picky about it but if this story had one thing to work on that I can see it would be that. It does a good enough job painting the picture but a little bit more can really bring it to life

Story: Follow our lad Domenic across a thrilling journey on the open ocean. The author does a wonderful job juggling intrigue, action, world building and characterization so far. The system is also quite nice, its not bogged down with numbers that eventually don't mean anything or give tons of skills because of op MC reasons. Instead it's nice and thought out, and seems more in line with what an actual persons progression would be like if they were living in such a world. The handling of the ship is also done well. There's enough information for me to believe they're actually sailing on a ship but not so much information that the story gets bogged down by it.

Grammar: A couple typos here or there are the most I could find, and those are easy corrections.

Characters: Wonderful characters that feel real. The latest chapter has me feeling a bit tentative about a couple things but I'll put my trust in the author that we'll get an explanation later on.

Can't wait for this to hit trending so other people can enjoy this great read :)

This story was good but the last chapter I read jumped the shark hard. Hinting at Isekai characters existing in the world and having them aid the protagonist was just a sudden shift in the seriousness of the story that I couldn't be bothered reading any more of it.

Maybe it'll redeem itself later, maybe not, but the tone of the grim setting and general angst leading up to this point managing to still keep a compelling story and character going completely was shattered with the addition of light hearted high fantasy BS.

The feeling that was captured at the beginning of the story in regards to advancement and work ethic is probably in the top three of LitRPG that I've ever seen - it felt fresh, which is unbelievably hard in that genre.  However, once the big twist happens (no spoilers. but you'll know what it is), all the originality and fresh ideas in the story went stale like end of the week bread - indistinguishable from other LitRPG 'number-goes-up' stories.  Extremely disappointing.

A great start that sinks quickly

A fantastic start of that could have been a great story of wonders, discoveries, and exploration at sea.

Alas, it turns into a dreary descent to hell where everything goes wrong for no reason and all joy disappear. Past "the deal" there is only angst and gloom, and it does not do much to keep the story engaging.

A shame really, it started so well...

Honestly it was 5 stars before he made the deal with jones.

It was 4 stars until the navy came to capture him.

Idk what has happened but the last few chapters have been 3 stars tops.