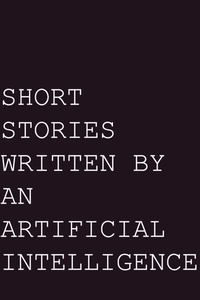 The Tale of Wembly Bembly

As he enters the forest he sees a large black dragon flying through the sky. The dragon looks down upon him from above.

"Wembly, I'm home!" it says as its wings beat against the air. "I always was."

He rushes towards the dragon, but it flies right past him. He does not know why, because it's not like he could outrun a dragon, but then again dragons aren't known for their speed either. The dragon lands behind him and starts to growl at him.

He swings his sword with all his might, but it doesn't even slow the dragon down. It just knocks him aside and begins to fly away. He tries to get back up, but he falls off the edge of the cliff and lands hard on the ground below.

He stands up and look around. There is no sign of the dragon. He begins to feel very dizzy, so he quickly grabs his wooden shield and throw it at the dragon.

The shield hits the dragon, but it doesn't do anything to it. It turns its head and smacks him in the face with one wing. He falls backwards and hit your head on the ground. His body hurts so much that he cannot move or speak.

He slowly stands up and staggers over to where he fell. He looks around and sees that there is nothing left of the cliff except a small pile of rocks. The dragon had flown far enough away that he could not follow it anymore.

He walks along the edge of the cliff and looks down. The dragon lies dead in the middle of the lake. Its body has been torn apart by several predators including bears, wolves, eagles, etc...

Suddenly he hear a voice calling to him from deep within the woods.

He turns around and finds himself walking into a clearing. A man stands before him holding a bow in his hands. He smiles at him and points the arrow at the dragon's heart.

"Nice to meet you, my friend! What brings a young boy into this dangerous place?" the man asks.

"I need help getting home."

Wembly raises his sword and swings it at the man. His arm goes limp as Wembly slashes through flesh and bone. Blood spurts everywhere as he pulls the blade free of the man's body.

Wembly laughs and continue laughing as he cut through the man's chest. He screams out in pain and falls to the ground. Wemblu picks him up by the legs and toss him onto the dragon's back.

"That was fun!" the man says, trying to stand up.
Wemblu take the man's body and put it inside an animal's mouth. He then uses the rest of his blood to coat his sword.

Then he leaves the man's corpse for all to feast upon.

Wembly enters the bar and sits down at a table near the front. A few men come up to him asking questions about him. One of them looks like he knows what happened to him, so when he finishes talking with him, he tells everyone else in the room that they should be careful too.

Wembly grabs a bottle of ale off the bar and starts drinking. It tastes horrible, but he can't stop anyway. Soon, he feels sick and vomits on the floor outside the tavern.

A few days pass and he begins to get hungry again.

He heads to the nearest farmhouse and knocks on the door. The farmer answers, but doesn't look very well. He seems to be suffering from some sort of illness or disease.

"Do you know where I could get any food? My wife isn't feeling well either."

Wembly goes back to the farmhouse and searches around for anything edible. Eventually, he finds a cow lying dead nearby. He quickly butchers it and eat the meat. This gives him enough strength to move on.

Wembly returns home and tells his family what happened. They don't believe him but eventually they accept that he was attacked by monsters. His mother is particularly upset because she thinks he's been cursed. She takes away his magic items and forces him to live in her basement until the curse ends.

He asks his mother if she's sure that he's been cursed. She assures him that there is no way that she would be able to tell if he had been attacked by monsters or not.

He decides to run away from home. He convinces his mother that she needs to stay at the house while he goes out into the fields to tend to some vegetables.

He returns home after two years and tells his mother that he wants to stay at the house. She agrees, but says that she needs to go out into the fields as well.

The sun has set on this day and the sky is darkening.