Reborn on a Systemless Earth... With a System

Chapter 131: A Parade in South Spire

When I finally reappear outside of Mestopholees’s inventory, I am floating on a float.

I am the main subject of a massive parade down a grand cobblestone street, surrounded by blocky brutalist buildings bulging up countless stories into the sky. Tens of thousands of people on the streets cheer and throw colorful papers my way.

A grand parade being held just for my honor.

I, Amaranth, leader of the Old Slayers, will soon become leader of the New Slayers as well. After a century of waiting, this cult army of devoted followers is finally getting what they have always desired—me. They have all gathered in the seemingly inhospitable South Spire and built this city, all apparently just for me.

“Unslay the Slayed!” they shout in unison. “Crown the Amaranth!”

These slogans are far too specific and religious to give me any sense of comfort. Did these people worship me? Do they now?

Mestopholees surely is enjoying herself, though. She waves to the crowd of adoring onlookers as if she herself were the target of the praise. The knights we were with in my last visit out of the inventory are no longer here; I guess they were not important enough to attend a parade like this.

“Come on, Eryk, give them a show,” she suggests. “We can really boost their morale.”

“I don’t want to do that,” I say softly. “I do not wish to be here, so far away from my sibling, surrounded by all these crazed zealots.”

Mestopholees turns her head upwards and lets out a large, “Ha!” She looks at me with a cynical smile. “Rare is the most zealous of them all, Eryk. They are obsessed with destroying the Destiny Deck System and overthrowing The Goddess. Is there any proof The Goddess or the system are causing any tremendous pain to our world? No! The whole Anti-Mage Army is dedicated to a cause just as fanatical as these people here.”

“So you cast your lot with the other side of the divide.”

“Well, I don’t believe these moronic cultists either, if that’s what you mean,” she says. “All I want to do is support you and make you as powerful as you can be. Because I’m a selfish bastard.”

“You want me powerful so I can help you become more powerful.”

“Precisely. See this parade, here? It wasn’t my idea. They began holding it the moment word leaked of your arrival. That was two days ago. There’s an entire army at your disposal, and you could use it to any whim you want.”

“World domination, of course,” she says matter-of-factly. “I wish to conquer the entire Destiny Deck System and rule Mystix with unlimited power. You can help me do that by taking your rightful place at the seat of the New Slayers and regaining your power.”

“Yeah, peace! I want that too. I just want to be the ruler of the entire world when it happens.” Mestopholees smirks, knowing her own villainy. “What, do you think Rare DOESN’T want that?”

“Rare is no despot. Rare only wishes to destroy an unjust system that rewards certain groups unfairly.”

“So they tell you. But they’ve lied to you, and to me, many times. In fact, I bet they never even told you who the current leader of the New Slayers is.”

“In spirit only. He’s kept hidden from the public view and only seen by the most trusted advisors. And he’s been calling out for you for many years. To fulfill the prophecy.”

Metsopholees winks. “We’re almost to the throne room. You’re about to see.”

Indeed, the giant palace with a huge opening to a throne room, guarded by a hundred soldiers, is right up ahead, and the float quickly approaches it.

“Why do I have the feeling I’m about to—“

Oh, well. I can sleep again whenever it is time for me to...

The room here is completely pitch-black dark. I’m laying on a bed... And there is a handcuff around my arm.

Where in The Goddess’s name am I? 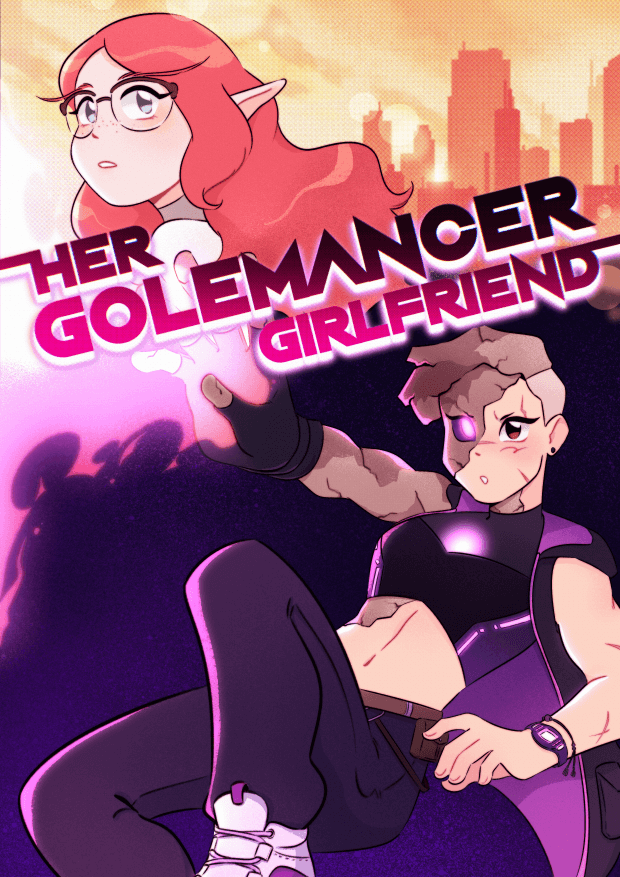 Take a look. Follow it so you can get ready for its daily update onslaught very soon. https://www.royalroad.com/fiction/45725/her-golemancer-girlfriend/chapter/733294/001-one-photograph

Support "Reborn on a Systemless Earth... With a System"