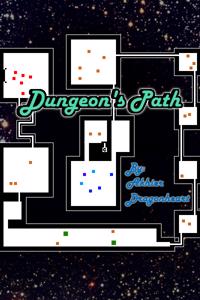 by akhier the dragon hearted

The only places I have posted the story and allow it to exist are on RoyalRoad, Scribblehub, and my Patreon.

So the world ended. Whoopsie? We didn’t even see it coming. Quite literally as it came at us faster than the speed of light. Don’t worry though, it got better. Also, I am not joking about the world ending. Most people say that and mean humans are inconvenienced for some reason. Nope, all matter disintegrated at the atomic scale there for a few moments. Apparently the local universe wasn’t actually stable? Don’t ask me to go into too much detail. It would require both of us to have a few more college degrees than sense, and I at least lack them (both the degrees and the sense). Anyway, the energy/matter/wibbly wobbly strings were at a local minimum and not the universal minimum. Basically, what we took for sea level was actually a nice little mountain lake and when the dam busted so did, well, everything.

Now here is where things go a bit off track with what normal meant before. You see magic is real, qi is real, gods are real. Not on old Earth mind you but souls pay little attention to time and space so we dreamed of it. In fact, the closer the shift in reality got to Earth, the closer our dreams got to the new reality. This is basically me tip toeing around the fact that it was a ‘System Apocalypse’. Reality became a video game, I became a dungeon, and this is my story.

Doyle Huxley just wanted a normal life but as the above might clue you in on that just isn’t in the cards. He gets to experience a “Path Based System Apocalypse” and some early paths he takes, both literally and figuratively, lead to him becoming a dungeon.

The aim is to release chapters once a week on Friday.

Cursing will be avoided and no naughty adult action will take place in the story.

Decent by sheer lack of competition

Reviewed at: About Recharge Bonuses - Chapter 107

The dialogue is absolutely terrible, consistently goes on for far, far, faaaaaaaaaaaaaaaar too long and is always very skippable (looking at you, cow god sequence that lasted for 10 chapters that contributed literally nothing to the story and the fact that every single dungeon group just won't shut up while delving). Half of every chapter is an info dump and this does not change, ever. The paceing is too slow and the sentence structure is atrocious. Every sentence feels like a runon sentence because of the endless bad dialogue, even if they aren't.

Detailed, Thorough, and a slow Burn

Reviewed at: About Godly Skills - Chapter 97

I will preface this with a warning of spoilers, I will try to gloss over a lot, but I mean common its hard not to say anything x3.
Many of us do not feel many connections to the people around them, personally I can pick up 'friends' like rocks at a beach, they are cool and unique but I will probably never look at them again once I am done with them.  That seems to be similar to the Mc of this novel, an average sort of Joe who just doesn't connect wanting to be left alone working a dead end job in the middle of some town. Nothing about him would ever make it into a history book or even a newspaper if something were to happen.

Then the world ends.

With it comes a system that is complex and advanced, and teachers to help people get their bearinngs, this is where most are going to drop the story, in the tutorial because there are info dumps, not as side notes or as author's notes or something that doesn't fit anywhere but the narrator's voice.  no it is in dialogue so you can learn about the character's personality and persective as they ask questions and look about.  This has been putting people out but just hang on, adventure, story, and stats are soon to come!

Without going into too much detail, the class system is amazing and unique, with the system encouraging people to level up skills more than their classes, with paths instead of strict classes, these paths being advanced with points you get from skills and levels? don't quote me on the levels bit. its fun and new to me and I can't wait to see where it goes, with unique paths being available to those who make the right choices. as for the rest of the style of this story? no monster is a grimdark horror, nothing will make you have nightmares, there is a cuteness to the creatures and a focus of farming the adventurer's rather than going out to kill them all, the mc knows what's up.

Going into the characters themselves? the story focusses heavily on a small group (about thirty) of people once the main character leaves the tutorial, splitting timie between the dungeon's food and his building and development (lets be honest, no one wants to hear about him skill grinding forever and LOTS is going to go on in those first few weeks, would you want to listen to every change that he might make over a day as people keep coming and going? this isn't going to be your dungeon avatar story, the mc probably has no interest in communicating though he won't just let his food die, adapting to help their needs and make them more reliant, showing his devious and naive natures in turn when he gets excited over a change only for his tower of cards to come crashing down. The adventurers themselves and his dungeon fairy need more individuality and you can slowly see it forming as you learn about their pasts and desires, though it could be done a bit better with some more thought into word choice, overall the characters are enjoyable and I can't wait to see more of the two 'botanists'.

The story itself seems to be somewhat thought out, though I am waiting for more time to pass to see if the ripples of various events coalesce to create grand events or if the author is still creating the story board, either way it is bound to be etertaining, I can already see mentions and hints to early events having great reprecussions on the mc and those around him!

as for grammar, sorry I am not much of an english buff, I like to read and see a few mistakes, missing words here and there, but its no less enjoyable to read

PS not sure how legible this will be, for somme reason theletters are white on my white

Lot's of info, not enough happening

Reviewed at: His Soul has WiFi Turned Off - Chapter 3

Lot's of info, not enough happening. The plot has great potential though.

Reviewed at: Jock in Charge - Chapter 23

This has a slow build up. Yeah, that isn't necessarily a bad thing. But it is a really slow build up. If you aren't a particularly patient type I recommend skipping ahead - Chapter 23 is a good point.

Reviewed at: What Type are You? - Chapter 8

As has been said, this is an eight chapter long info dump. The fist in your face kind. I've read textbooks that are more exciting ~.~ Probably gets better later on, we'll see.

Writing is good though.

A Dungeon Plan Narratively Laid Out

Reviewed at: She was Worried - Chapter 42

The author, Akhier, has clearly put alot of effort in planning out a dungeon as well a set of rules to constrain its construction. For several readers exploring this plan in a narrative framework I imagine is quite entertaining. That said I could not recommend this work to every one primarily because I dont believe it really has a plot.

42 Chapters in as of this review Dungeon's Path has yet to present any sort of goal or even adversity. Whilst things do happen they are often semi-detached from the MC and really feel like they are just there to provide a narrative to explain how the dungeon itself would develop. This is not neccesarily a bad thing but something to be aware of.

The work's style is fine and grammar is solid. The characthers do feel like they have some personality and life though they very much seem secondary to the work's actual focus.

All in all, if you like dungeon builders specificly for the building this is definately for you. Same if you are simply interested in exploring a new 'system'.

short chapters make it seem like individual points are being dragged out, so seems slow to start, though it litterally says this is tutorial and things whould get faster.
has potential but author seems afraid to push ahead for fear of leaving anyone behind, though if reader doesnt understand certiant basics they wouldnt be here reading a dungeon novel.
i would love to come back and update my review once the story really takes off but for now limiting to 3 stars because i feel like a longer chapter covering more than a single point would actually shorten the word count.

Detail, so much detail

This feels like a slow burn dungeon core novel, absolute boatload of setup with a deep dive into the mechanics of the world/system, not a lot to get invested in yet but things are starting to get rolling and it is lookin good.

heres hoping the author can manage to contine to the book and not go into the void like so many others, definitely worth keeping an eye on.

This story is pretty much chapter after chapter of infodumps and the MCs talking. Pretty much all of it is flat. Paragraph structure and grammar leaves much to be desired.

Reading it tastes like cardboard. It has great potential. The skeleton is pretty solid, but the meat is kinda bland. It has nothing new to offer to the genre. Make up a gimmick or something. It's like a perfectly made cubic cardboard box, but it's empty and lacking embellishments.

I'll read it, but it needs improvement.

I suggest that you clamp down on the dialogue. As a dungeon core story, your main attraction is the dungeon, not the dialogue; I came to the amusement park to see the sights and ride the rides, not necessarily talking to the personnel.

I have to say that the story is getting more enjoyable post-chapter 10. The grammar is atrocious but tolerable. The paragraph structure certainly needs some tweaks.

The throwaway character parties are a bit too flat. The first party was certainly an enjoyable bunch, and I hope to see them again in story.

Overall, I saw a great improvement.

Not what I came for

I did not however, want to read 10 chapters in a row from the point of view of adventurers.

So far I've seen only infodumps and long stretches of story with no input from the damn main character.