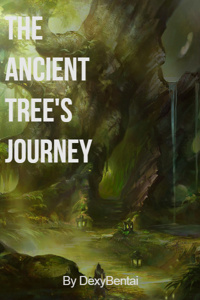 This story began in a forest. A forest that wasn’t on Earth, but rather on a different planet, and it was about the size of a small country on Earth. It was a forest which had barely been touched by humans, and it was flourishing with life.

It was spring. Tree leaves had already sprouted, giving the forest a new, fresh green look. Moss grew on trees and rocks, and fungi were set between the roots of the larger trees. Many animals had awakened from hibernation and were busily collecting food to restore the fat which they had lost in the winter. Bears were fishing in rivers, squirrels were digging up the nuts they had hidden underground, mice could be seen in bushes hunting on insects and bees were collecting sweet nectar from newly budded flowers.

However, the busy animals weren’t the only creatures living in this forest. There were elves, pixies, gnomes, golems, treants and many other magical beasts. All had their own habits, cultures and activities, making the forest truly magical.

But there was one being in the forest that was the most magical of them all. In the center stood an enormous tree. The tree was larger than any other tree in the forest and was by far the oldest. After living for over six thousand years, the tree had grown four kilometers tall. It's trunk was five hundred meters large, with its leaves covering a circumference of about fifty kilometers in total. Its roots were like the cable network of a city, spreading throughout the entire forest.

According to legends, this tree had been planted by the gods themselves as a last gift before they left for the divine realm. As such it came to be known as the God’s Tree. Many creatures lived on or in the tree, but the most notable ones were the elves. They had built an entire city on the branches, the houses made of light wood and connected by natural branches and suspension bridges. Anyone looking at the city would have their jaw on the floor in awe. At night, when elves lit their candles, the city would shine like a christmas tree.

However, the tree was not doing so well anymore. It wasn’t the elven city resting on its branches that was bothering the tree, nor the many other creatures living off the tree sap. The tree was simply nearing the end of it’s life. Soon, the sap in its veins would stop circulating, leaving the leaves to wither and never regrow as its bark would dry out, becoming harder than iron.

The city on its branches would probably remain, since elven houses were relatively light, but it would lose its majestic touch completely. The tree did not mind any of this however. It had been alive for so long, that it didn’t fear death anymore, but in fact, welcomed it even.

It had one regret though, and that is that it had never produced any offspring. The tree, being the only one of its kind, could not reproduce. It had made many flowers, but none of them resulted in any seeds. This would be the tree’s last spring before it would finally passed away. If it didn’t reproduce now, its entire species would go extinct. So the tree had to make a decision.

On its highest branch, it made a special flower. This flower would not need any pollen to become a seed. This seed, however, would technically not be alive, as it wouldn't have a soul. Thus, it would not sprout until it had recieved a soul, and the tree was aware of this. It might take millenia for a soul to merge with the seed, but it was a risk it was willing to take.

Spring turned into summer, and the seed was finished. While it looked like an ordinairy chestnut, it was much more than that. It contained more than enough magical energy to stay in a dormant state for aeons. Just like that, the tree gave the seed it’s blessing, and detached it from it’s branch.

The nut fell, but didn’t land too far away. As it landed on a thick branch supporting several elven houses, a little elven girl saw the seed.

"Look daddy, a nut! Can I take it?" The little girl asked.

The father chuckled. He gave his daughter a gentle smile and told her that is was alright to take it home.

And with this, the Ancient Tree's journey began.

Looks promising. I am not good enough in english to correct mistakes if there are any. On the other hand I can advise you to cut your chapter into several paragraphs. This will make it easier to read and will make it seem longer too ^^.

oh and five star for the moment because it looks like some people have already put just 1 star when there is only one chapter (complete idiots from my point of view).

And some gramatic errors

Wow that gif is just legendary <.<

You've painted a wonderful picture of this magical realm.

the sap in its veins will stop circulating <- would

but it was a risk it was willing t take. (TO)

Also, quick reflection. People like fiddling with planet sizes and all. Xianxia like their planets huge, fantasy tends to do smaller. But, in truth, y'all fail to take into account the main factor. Gravity. Unless you small planet was made out of lead, its gravity would have to be like mars or even less. You could play around that. Let's not mention Xianxia worlds where people should be no more than walking pancakes but hey, Qi

I think you misunderstood a little, the forest is the size of a country, not the planet :) I always make sure to make the scale at least somewhat realistic, but thanks for the tip anyway!

I see. I must have misread, then. It's because it's getting late and my eyes hurt after reading and writing too much. Time to go to bed :>