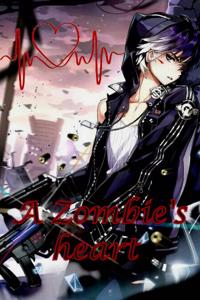 I got out of the car and made my way to Sam, he offered his hand yet again for a handshake, I took it gladly and pulled him to my chest, I put my other hand on his back and half hugged him.

I kept him against my chest until I heard a soft cough, I looked at him and he seemed embarrassed, so I had no choice but to release him, I smiled at him and said half-joking “You look wonderful. Nice new look.” and pointed with my finger toward his eyes.

He laughed and said “How do I look? Totally like a normal human, right? Though the lenses are a little annoying I can live with that for now.”

I nodded in approval and said “Totally, though a little pale, but passable, what did you put on your face?”

I moved my hand next to his face and touch it with my index finger but frowned when I looked at my finger and there were no traces of any cosmetics on it.

He scratched his neck embarrassed from my touch while saying “Oh, I didn’t have to, I just advanced my level.”

I looked at him confused, so he continued with his explanation “The more advance the zombie is, the more human he/ she will look.”

He said the last word then pointed at the store and said “Let’s enter it, we can collect the remaining supplies.”

After talking, he started to walk toward what used to be the store’s door, though it’s now only a hole in the glass.

I followed him and entered the store while asking “So, do you have a space-storage? Actually, what abilities do you have?”

He looked at me for a moment, contemplating whether to tell me or not, then he said while entering the store “As I told you before, I’m different than other zombies, so I have five abilities, water, earth, wind, space and lightning, I’m also at level ten now, what about you?”

I chuckled “Nice, I knew you are super strong. Well, I’m at level 7 and I have four abilities, water, fire, wind and space. Though, we may need to keep it a secret for now.”

He looked at me surprised and boomed “You are the first human or zombie other than me who has more than two abilities I have ever met.”

He walked about two steps to the right toward an approaching zombie and with a swift movement, his hand shot into the poor creature’s head, making a hole in his brain, and coming out with a crystal in it, with another wave of his hand, water washed it and he threw the crystal at me, all before the zombie’s body even hit the ground.

I caught the crystal, shook my head and laughed while saying “How effective, back to the topic, maybe because we both touched the same shard in the original timeline that we both have many and similar abilities.”

He only shrugged in response and walked next to a shelf which has some kind of cans and strange-looking green bars, and stored everything on it without even bothering himself to see what he just stored, I really loved how carefree he looked.

I was just standing there like an idiot staring at every movement he was making, how he tilted his head a little when he moved his hand to reach low places, how his eyebrows frowned when the shelf was empty. I was watching every step, every finger, and even every hair, not paying attention to anything else.

Suddenly, a wind blade passed near my head and hit something behind me as he complained “Dude, pay more attention, the zombies will target you, not me.” Then he mumbled to himself “Fuck, how did he survive in the original timeline that long?”

I looked behind me and saw two zombies on the floor with their heads wide open and their brains all over the place; I really wanted to tell him that, it was because he was in front of me that I couldn’t focus on anything else.

I just nodded in response and tried to focus on killing zombies and collecting the supplies while glancing at him from time to time, I really couldn’t keep my eyes away from him even though I could feel that I was making him uncomfortable.

After about two minutes or so, he suggested “How about we split up? Since we both have a space-storage, you can collect the things in here and I will go out to check on the store’s warehouse, oh, and don’t waste your time while trying to figure out what some of these things are, just store everything for now, and we can find out what they are later when we are feeling bored or have nothing else to do.”

To prove his point, he pointed at some strange-looking things on a shelf next to him, which I’m guessing were some kind of tools used for gardening, with a look on his face which clearly said ‘I dare you to tell me what these tools are used for.’

I raised an eyebrow then laughed before saying “Fine, I’ll finish here then head to the warehouse.”

So, he nodded and left the store.

I nodded and left the store, leaving Jack to collect the remaining things, I could have waited and helped him, but honestly, he kept staring at me and when I told him to focus, he switched to glancing at me every a few seconds.

I could tell that he wasn’t watching me because I’m a zombie or because he was afraid that I was going to attack him, it was more like he wanted to keep me in his sight afraid that if he didn’t keep an eye on me, I would disappear or something.

I couldn’t figure out why he was looking at me like that, but I was sure of one thing though, there were no bad vibes in his eyes. Nevertheless, it made me feel uncomfortable and a little embarrassed to be watched like that.

On the way to the warehouse’s door I met face to face with Steve, a young zombie wearing the store’s gray uniform with a tag name, I looked at him with a pout and said “I’m sorry Steve, but I have to kill you.” and just like that, I split his head open with a wind blade and took the crystal from it.

Just as I was about to continue walking toward the door, my eyes landed on a key chain on Steve’s waist, I grinned and took it, and walked toward the door, I hardly took three steps then halted with a frown and mumbled “Great, here come the troubles.”

I could hear footsteps coming from the parking lot and quickly approaching from behind me, and it was very clear at that moment that they were not zombies. I turned around and looked at their direction, and sure enough, a few seconds later, I saw four men in their twenties walking toward me.

One of the men was holding a metal bat covered in blood, two of them had guns, and the fourth was empty-handed, the empty-handed guy stood in front of me with a grin on his face and said ”Hello there, is that your car in the parking lot? You see, we lost our car a while ago, and we would like it if you offer us a ride.”

While he was talking the other three surrounded me, the two guys with guns who were on my right and left sides, and the bat guy stood behind me.

I closed my eyes for a second trying to control my rising anger before reopening them and said with a voice I tried to make it as calm as possible “It’s not my car, you can take if you want to.”

The guy on my right side laughed then pointed at my hand with his gun while saying “Then, what are those keys in your hand for? Are you trying to lie to us?”

The guy behind me snorted and said “Boss, he is clearly lying.” Then nudged me with the bat on my back.

The guy in front of me, and I’m guessing that he is the so-called ‘Boss’ chuckled and said “See, they don’t believe you and neither do I, I think we will have to do it the hard way.”

He quieted for a moment and looked at me up and down checking my body, then he licked his lips and continued “I wonder how you will look with your clothes all wet and sticky.”

And just like that, he extended his hands in front of him then frown a little as he shot some water from his hands all over me, he looked at me again with a smirk while the other three started to laugh.

I closed my eyes and tightened my palms into fists, trying my best to calm my anger down, while repeating in my head again and again ‘Stay calm, it’s not a big deal.’ After a moment I looked at the boss and said in an angry tone this time “Take the fucking car and go.”

I could feel myself losing control; I didn't know how long I could keep myself from ripping their heads off. After all the back in time shit and the start of the fucking apocalypse all over again, reliving all that made it even harder for me to control my emotions.

The guys with the guns pointed their guns at my head as if daring me to make any move, while the boss walked closer to me with a mischievous smile, just as he reached me, he took a knife from his back and put it near my throat with the blade pointed at my shirt’s collar.

He smirked and said near my ear with a low voice “I don’t think so, I’m going to have some fun with you, by the way, your body looks sexy all wet and dripping, now I’m going to make it sticky.”

Just as he finished talking, he moved the knife down cutting my shirt and exposing my chest while his other hand grabbed my ass.

As his hand touched my ass, the last drop of my self-control vanished, I could see jack at the corner of the building cursing, I could see the guys around me trembling and shaking, I could feel my hands cutting through flesh and feel the blood splashed on my face and dripping from my hands, I could hear body after body hit the ground, but I was too angry to stop.