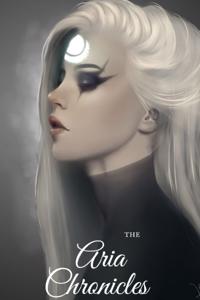 When I opened my eyes and looked at the clock, I found I had taken more than an hour to refine just a few strands of the blood energy and my face which had been pretty as flowers covered with dried blood.

Seeing my face I did not react much as I already guessed I will see something like this when I open my eyes, normally I would have washed my face at least before I start to refine again but currently, I don’t have much time.

Richard will return in three to seven days and I challenged myself to completely refine the energy before he returned.

It would have been impossible but now I have the physical energy, as long as I am willing to give my all without care for how pain that I will bear then I can definitely accomplish it.

This time, I directly took the 10 times blood energy than last time. It will be complete torture to circulate this much energy but I willing to bear for refinement.

I would have been able to move it a little if the energy was two to three times more but I went for a whopping 10 times, which is really as difficult as I had expected.

I failed the first time, I failed the second time, the third time, fourth time…… I kept trying and trying while doing this I could feel that due to the immense mental strain, my nose and ears started to bleed but I did not care and kept trying.

Finally, I am able to move that amount of energy at my 36th try but it is just moving in the blood core, I still have to move it my magic veins and circulate.

I kept trying and trying until I finally able to move the energy into the blood veins and just as that happened, I have overcome with immense pain that I felt like I’ve been thrown in a pool of lava.

I even blacked out for a second due to the immense pain but I quickly recovered from it and started to circulate the blood energy with my all.

I know that if I kept the energy in one place for too long, It will do irreversible damage to my magic veins which even physical energy won’t be capable of healing.

As I circulate the blood energy through my veins, I felt like I am cooking in the Lava as the Blood energy I took is ten times more than last time.

Though my eyes are closed, I could see what is happening to my especially externally, every second the blister’s would form all over my body only heal next second and appear again, this cycle kept going every second.

Not only my body is walking on the tightrope but my mind is also, it is just brink away from breaking way and turning me into vegetables due to the soul-crushing pain I am feeling.

The pain I am feeling is my utmost limit if it increased even slightly that there is a risk that my mind would break and I would turn into the vegetable.

Though it is dangerous, It is necessary. If I kept taking near month or more just to circulate one Sequence of refinement and the time of each refinement kept increasing then I will never be able to become powerhouse despite having such amazing bloodline ability.

So, the one thing I should be the most focus on should be the speed of Refining, I have to be faster, the faster the better as only then will I be able to refine the energies I got from the others.

Time passed by and somehow I was able to finish the circulation by the late midnight, still, I did not sleep but took three times more Blood energy than last time and started to refine again madly without care of the consequence.

It was extremely difficult, one time the pain had really reached the limit and mind just fraction away from breakdown due to the pain, this had brought the physical implication for me as.

Still, I was able to finish the circulation by dawn and when I looked myself in the mirror, I couldn’t believe what I am seeing.

Every part of my body is covered hundreds of layers of dried skin. When I touch them they make cracking sound.

Well, it had to be expected, my skin had burned and healed thousands of time. It was a good thing I am on the floor and not on the bed otherwise I would have had clean the whole stuff.

I quickly take out all the clothes I was wearing and got completely naked and started to clean them with my blood energy. Now that I have refined some blood energy, I can use it.

It will not mix with the rest of the energy unless my bloodline ability gets activated again.

After coming out of the shower feeling, I just wore one of exquisite underwear and slept on the bed as I have a habit of, it didnt even took me one minute to fell to sleep as I am extremely tired.

When I woke, It was late morning and looking at the clock, I saw I had slept for four hours.

Looking at the lunch on the table and how the spotless the suit feels, it looked like the footsteps of two people that I had heard is not a dream, it looks like Karen had brought someone in the morning to do menial works.

After freshening up, I did yoga for one and a half hours before showering up again and eating lunch after that.

Finishing with all my chores, I sat on the floor and started refining my blood energy and this time again, I took three times energy that of last time.

I crazily started circulating and within a minute, my eyes, my ears, my nose, and my finger started bleeding. I am not leaving any stones unturned, I wanted to give my all both mentally and physically.

If enduring a few days of torture through extreme pain and injuries let me achieve my goal and make me stronger then I will able to endure this torture.

The risk I am taking is immense but the gains I am getting through this crazy refining are also immense, my refining speed is off the charts for the Celestial Grade Method and my speed is increasing with every refinement if I kept refining at such speed then there is a chance that I may able to finish refining within the six days.

The day passed but I kept crazily refining the energy and only stopped when the evening comes. I took a long shower to remove all dried skin and blood off my body.

After taking a shower, I relaxedly laid on the bed and took the five books off the shelf with my soul energy and started practicing my telekinesis with them.

Refining blood energy is important but practicing telekinesis is also important as well as I want the focus on telekinesis like my mother.

As I am practicing, Karen came in bringing the dinner, I did not look at and she did not say anything butchy either, she just looked at books floating above me for a minute and left silently.

I kept practicing for two hours before I put books back into my shelf and eat the dinner that Karen had brought.

After finishing dinner, I again started my crazy Blood Energy Refining, for every circulation I would take three times more mana than last time, this to finish quickly and most importantly to challenge my limits.

Only challenging my own limits will I able to grow beyond my limits as that is the only option for me if I wanted to refine all the energy within a weak.

I refined mana till Dawn and fell asleep after taking a shower.

Support me on Patreon and Read more than 2o Advanced Chapters.