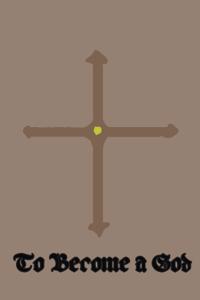 To Become a God

Intermission: One must be really careful, everything can be deadly

Back in the town known as Airegin, a certain receptionist was staring intensely at her guild's newest member. Before him, the guild hadn't gotten any new members since Billy and Bobby joined a few years ago, and this person was suspicious as one could be. He looked exactly like a younger version of Caute, the god of caution, the only god to have been anywhere near this place in the last century. He always walked slowly, looking around as if someone was watching him at all times, and wouldn't even pick up a sheet of paper without a full hazmat suit, tweezers, and many protective spells quickly put on first. As for his name, it was originally Not Caute, but after being sent out by the receptionist for being too weak his name was changed to Not Not Caute...

...For someone so cautious he was incredibly stupid.

"Okay then. Let's see what this is." The receptionist lady picked up the piece of paper and read the quest depicted on it, a quest to kill 10 blue slimes. Slimes were so easy to kill they only gave one point of exp each, and out of all variants, the blue ones were the easiest to kill. They could be killed by a little kid throwing their toys at them. The only reason quests like these are ever posted on the board is because some guy is scared that they'd kill their mother or something.
This quest was stupid.

"Okay, go right ahead." Despite this, she wasn't allowed to reject his application. The quest wasn't outdated and didn't have a fee attached, so she was legally obligated to let him take the quest. Not like she didn't want him to do so, in fact, she'd rather he did as soon as possible. She was starting to feel confident that thinking about this was making her actively lose brain cells. Seriously, her head was starting to hurt now, and she couldn't remember her dad's name anymore!

Not Not Caute grabbed the paper and left, and the receptionist wasn't far after him. The girl was a bit curious about what would happen when he finally met a slime, considering his personality and all, so she made sure to never be too far behind.

There was a forest next to the town, and it wasn't any more than ten steps in before Not Not Caute noticed a blue slime. He raised his sword and stared at it, and the receptionist stared at him in anticipation. Not Not Caute then raised his sword in front of him, chanting so softly it was impossible to hear. His boy started to glow with various colors as if his body was getting covered in many enchantments and spells.

During this sequence, she noticed a few very notable spells. One of them was the powerful spell made by the God of Weapons, Telum himself: Sword Creation.

Actually, that's a bit of an exaggeration. There aren't any requirements to learning the spell, Telum simply wanted to make it look cooler than it was. It was the same for the effects, the blade was nearly the same as an average steel sword, not the noble and powerful weapon one expected.
It was still a useful spell, just not as cool as the text makes it out to be.

By using this spell, an orange glow appeared over Not Not Caute's head. The glow solidified as if it were forming a long and hard crystal, until it finally became a glowing orange blade. He wielded that blade in his right hand, his original blade in his left.

The next notable spell was made by the Goddess of Twins, Geminae: Mirror Image.

With this spell, Not Not Caute was able to create a copy of himself. Make that two copies of himself. Make that three... After a bit, there were ten completely identical Not Not Cautes surrounding a completely terrified blue slime, the original wielding an iron blade and an orange one created by the spell Sword Creation, and the nine Mirror Images dual-wielded Sword Creation blades.

The receptionist was floored, simply thinking that this was a bit overkill for one blue slime. She wasn't prepared for what was next.

All ten charged forward at once, so fast they appeared to be blinding streaks of light. The slime was launched into the air with a kick, and all of the Not Not Cautes used the chance to slice and dice the slime to little bits. The blades went swiftly through the air like lightning, the slime being pelted over and over again as if it was being hit by a machine gun.

Speaking of machine guns, the Mirror Images leaped back and pelted the remains of the slime with Fire Machine Gun. The original used the spell Magna Ictu, blasting the burnt slime over fifty feet in the air before leaping after it himself. He grabbed the burning remains of the slime before it started to glow. Fire swirled around the slime, growing into a bigger and bigger orb of flames that looked like the sun itself.

Remember this spell? It's back.

The ball of fire grew bigger and bigger and bigger, gaining a radius of miles in length, so big it looked like the sun was crashing into the planet. The heat could be felt from miles away, the receptionist feeling like she was getting dunked in lava from her distance.

The ball of flames burst, and small fireballs flew into the ground like meteors. But Not Not Caute wasn't done yet. Spotting the ashy remains of the blue slime, Not Not Caute used Sword Creation and threw blades at them. This was followed by some Holy Missiles, shooting glowing white cones of light along with the blades. This was followed by some fireballs, shooting small and quick blasts of fire alongside the blades and missiles. The Mirror Images continued to fire their Fire Machine Guns, showing no signs of tiring.

The original Not Not Caute landed back on his feet and then leaped right back up to the slime. The ground shook and shattered as he pushed off it as if his feet created an earthquake. At the speed of sound, he kicked the slime's remains as hard as possible. The slime flew faster than a rocket, burning up from the intense speed as it started to escape the atmosphere.

Not Not Caute dived back to the ground, using Propero to get there faster. He then used Mirror Image once more, creating a perfect copy of himself right by his side. The original and his new Mirror Image ran far in different directions, each followed by three of the original Mirror Images that were on the ground. The remaining three Not Not Cautes gathered around each other, stacking themselves upon each other's shoulders. The two other groups did the same, only much further apart.

After using Propero on each other, the Not Not Cautes on the bottom of their stacks tossed the others up as high as possible. After reaching the peak of their throw, the next ones in line tossed them up. It happened again for the two groups at the ends, leaving three Not Not Cautes in the air. The two on the sides were higher than the one in the middle, which was only as high up as he was due to extra effort jumping. That was part of the plan though, as the two higher up Not Not Cautes landed on the shoulder of the one in the middle, allowing the one in the middle to throw them up with a Magna Ictu. With those two jumping at the same time as the spell was activated, they blasted themselves up faster than one could perceive.

Having nearly blasted themselves into orbit, the two were now on opposing sides of the slime. To call it a slime probably wasn't accurate anymore, it was more of charred pieces of dust surrounding what seemed to be the only bit of liquid left. But that wasn't enough. If there was even a single chance the slime could come back, he wouldn't allow it to happen.

The two Not Not Cautes put their hands forward, creating Great Fireballs once more. Like two suns coming out of their hands, the balls of flame surrounded the slime and made contact. Like two stars had somehow crashed into each other, the explosion was large and bright. It was like a firework, so hot the entire world felt a temperature increase, and so bright the sky went completely white for a moment. Balls of fire rained down from the sky, and the two Not Not Cautes that were up there attacking the slime were destroyed in the fire. They were Mirror Images anyway, so the original was unharmed.

The original Not Not Caute looked at the sky, readying his blade in case the slime were to come back down. Seeing no such remains he sighed, for it was a job well done. He then left to find the next slime while the receptionist looked at him in shock, wondering whether she should be dumbfounded or terrified.

Bio: Clearly the most powerful being in the universe. Don't believe me? Well, I have so much power I can say the alphabet backwards! Bow before my might!

(By the way, be sure to leave a comment on my fictions, or any fiction honestly. Whether it's a joke, criticism, or question, I'm sure the author will appreciate you telling them in the comments. I at least know I would.)