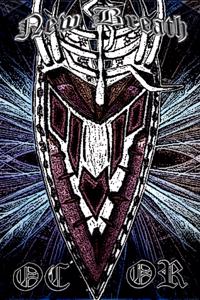 Our Chaoz ; Our Reality [New Breath]

We've all at one point, imagined living in a game-like reality.

So has Kyle, but not even he could see it coming.

Delving into a brand new game, Kyle and his guild find themselves in the very center of a war-torn world.

His past, present, and future all converge on him, as his very emotions threaten to shred him apart from the inside. Kyle and his guild take it upon their shoulders to survive this world of Chaoz.

The Gods of this world only toying with them, Kyle shuns them, he and his guild listen to no one.

He and his guild align themselves with no one, no one but themselves.

Have you ever thought about what would happen?

What would happen if a guild of assholes were stuck in a "summoned to a fantasy game-world" setting?

Take my hand and read on, I'll lead you through it.

Through the discovery of one's self.

The loss of one's everything.

The surrender of one's beliefs.

And the sacrifice, of one's life, for another.

Take my hand dear reader, and allow me to show you, my world of Chaoz.

Reviewed at: Chapter 1 ; The Dream

Clears Throat. It's good. Well, i'd like to go more in depth, buuuuut, there's only a single chapter, so it's kinda hard. Though if you wanna know what to EXPECT then you should go read 'The Dragon Within', it's a good, deep, adn generally more LOTR style story than others on this site, yet still unique enough. Read it, that's all i can say.