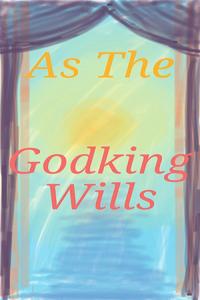 “I’m not sure what this has to do with the opera,” Marissa St. John hissed to Anne as she crouched on the slate roof of a house in the middle of a driving rainstorm. They were in a richer district of Diyall, the driving rain preventing all but the most cursory celebration of the nightly festival and allowing them to traverse the city stealthily and damply.

“Come on Marissa,” Anne replied enthusiastically, “haven’t you wanted to ever get out of the brothel, explore the night air and have a little adventure. I can assure you that once the adrenaline starts pumping, you’ll realize that this is the most fun you can have while keeping your clothes on.”

“I didn’t really have that much fun with my clothes off either,” Marissa muttered sourly, trying futilely to wring some of the water out of her shirt. Somehow, Anne still looked dry. It might be a magic item or some sort of spell, but whatever it was, it aggravated Marissa. She had been spending the night trying to learn how to read the sheet music used by the Opera for an upcoming tryout when Anne had slipped into her room through what Marissa could have sworn was a locked window and told her that they needed to go on an ‘adventure.’

“Well,” Anne continued cheerfully, “then it’s certainly going to be more fun than that.”

Marissa wasn’t sure what she would call crouching on the roof of a house in a rainstorm, hiding from the lone travelers that ran down the street in a vain attempt to avoid the rain. Definitely not ‘fun’ or ‘an adventure.’ Maybe work, except she was pretty sure that she wasn’t getting paid for whatever was going on. Anne pulled a collapsible spotting scope out of Al’Shazan knows where and began peering across the street into the lit second story window of a well appointed home. Marissa shook her head, soggy hair flopping to and fro as she decided that the correct word for the excursion was ‘awful.’

“What are we even doing out here beyond ‘going on an adventure’ anyway?” Marissa began only to be interrupted by Anne darting off of the roof and sprinting to a nearby alley with surprising dexterity and quickly climbing down a rain spout. Marissa swore to herself and ran after Anne, slipping and catching herself on the slick stone of the roof. Climbing down from the roof was even less graceful, Marissa’s only lucky break being that no one was in eyesight to watch her fall the last four feet into an indignant and damp heap.

Across the street, Anne was already climbing a trellis up the side of the building she had been observing. Marissa swore again and sprinted across the street trying to catch up to the much more agile woman. Climbing after her, Marissa’s arms began burning almost immediately. Working in the brothel was only hard work in the emotional sense, if Anne was going to insist on more night time escapades, Marissa was going to need to work out more.

Finally, Marissa scampered through the window that Anne held open. They were in a well appointed bedroom furnished with a large bookshelf and desk, both of which Anne immediately made herself busy rifling through. Marissa walked over to Anne and opened her mouth to ask what in the blazes was going on only to be shushed by the older woman. From downstairs, Marissa heard muted voices. She looked over to Anne who smiled and tapped her ear and pointed at the floor. While Anne kept searching through the desk, Marissa put her ear to the floor and strained to make out what was being said.

“I can’t believe they actually expect to convene the elders of the inquisition this quickly,” a muffled older woman’s voice spoke in a clipped voice, complete with an obvious noble accent.

“Does anyone have enough support to get elected?” Another woman with a smooth, higher pitched voice responded.

“No,” the older woman replied, “and that is far from the dumbest part. Even if they could elect a new Knight-Commander, there is no way anyone would allow the new appointee to have anywhere near the power that was granted to Samuels. That left a sour taste in everyone’s mouth.”

“In some cases more literally than others,” Anne whispered with a wink, startling Marissa. Evidently she had finished raiding the desk and had found snacks in addition to whatever secret documents she was looking for. Marissa rolled her eyes as Anne began peeling and suggestively eating a banana.

“Could you avoid being so crude?” Marissa whispered back, rolling her eyes. “I feel like there are better times to impugn my former profession than when we are listening in on some sort of high level clandestine meeting.”

“Nah,” Anne replied, sitting on the wood floor next to where Marissa lay. “If you take all of this shit too seriously you just end up being silly and self important like everyone else in the Ember Palace. Politics really is all really a farce. Bunch of important people congratulating each other while giving each other handies over how great they are. I’m pretty sure that’s why Al’Shazan had all of the priests balls cut off. The mess after official meetings was beginning to be a sanitary concern.”

Marissa choked down a laugh before shooting an accusatory glare at Anne. Unsurprisingly, Anne was nonplussed by the entire scenario. Marissa did note with some jealousy that she was completely dry. Rather than quiz the older woman about her methods, Marissa put her head back on the floorboard and attempted to pick up where she left off in the conversation.

“Amanda, I just want you to remember my long patronage of the opera,” the older woman was speaking, self-importance positively dripping from her voice, “whenever you have needed funding I have been there. Soon, I am going to have to arrange meetings with some important figures that I can’t be seen with. Figures of an inquisitorial nature. Will I be able to count on you to keep the rest of the Church ignorant of these meetings?”

“Of course Lady Rosewood,” the other woman responded. “It would be my honor to host such a meeting.”

“Just don’t let the elders get fresh with you,” the first woman replied, “I have almost a third of them in my pocket between blackmail and good old fashioned bribery. I know you have a copy of the reports, but I still have a hard time keeping a straight face when I talk to them. I mean, kids are bad enough, but lizard person and beast folk children? They’re all positively deviants. If we didn’t need them to hold off on calling the conclave, I’d probably try to get rid of them myself. Probably my only area of commonality with the High Priest.”

“But my lady,” the younger woman asked hesitantly, “aren’t you the one that procured the lizard and beast children for them? The records you’ve left with me for safekeeping indicate that most of your interest in my opera house was purchased with the profits from the trade.”