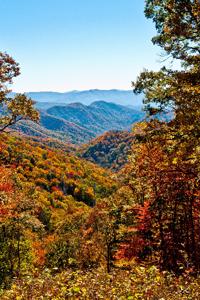 In a dusty, sediment-filled cavern well over forty yards beneath the surface; a sickly orange rupture appeared in the fabric of the world. As a grease-covered being burst out of this pustule in reality, nature itself forced this wrongness in the world to shut, if only for the time being.

Wiping his face clean, Ge… No, just Columbus pulled himself to kneel.

“Egad, that was dastardly,” Columbus grumbled aloud in his native tongue. His voice slow and plodding with an eloquence present in all who seem to believe they are entitled to the world.

Standing up he does his best to shake the strange substance off of his zap-wool coat. The grease was strange, sticking to his clothes with the consistency of snot, yet was somehow impossibly slippery when he tried to touch it. He let out a long grumbling sigh and proceeded to disrobe, quickly finding out that the snotty grease had penetrated through every layer on his person, he steadied himself for what came next.

Pulling the elegant wool pants, coat, and shirt out of his water-proof dimensional bag he readied himself for the unpleasantness of going bare-emperor. “Okay, just slide my legs in slowly, yeah, nice and warm. Oh come on, couldn’t my unders have come out unscathed? The first time we all saw the portal it wasn’t so… slimy looking.”

Columbus looked around in the darkness that surrounds him. A clean-cut floor along the stone in this cavern, wooden and metal beams keeping it aloft. This is a mine! He had been inside one once when his foreman had informed him about glowcrab infestations.

Those days were long behind him as Columbus refocused. He had a mission to complete, and the first step was obvious to him; make it out of this damn mine.

Falling back on his guardsman training, Columbus activated his minor-mana sight. Columbus’ vision lit up as he now had the advantage of infra-red sight, deciding that there just wasn’t enough light for that, he went up one further. His vision was filled with greens and purples, his brain making sense of mana-echos that his body weakly pulsed out.

Following the areas he could see, he slowly started climbing up through the cave. Letting out a loud hacking cough has he entered the finished parts of the abandoned coal mine, he let out another loud sigh. “You have got to be kidding me! What is even going on here?”

Since following the open path of the most recent mine had yielded no results in getting him out of this forsaken pit, he went yet another step higher. Mana-sense was a very draining skill, with only one real upside. Mana-sense would let you see in blazing neon colors where large concentrations of mana were. The downside was that being underground, most of the mana that filled his vision was heavy and earthen; hard to see through.

Yet, what he was looking for was found. Around thirty degrees at a downward angle and no idea how far, Columbus saw what he was looking for. In every non-volcanic mountain, there is always the last spark. The part in that mountain, or range of mountains, where the last bubble of core-mana was held, unused after whatever tectonic lines that had made the mountain had come to rest.

Righting himself, he pressed his hands together; mimicking the appearance of shovels then coating them in visible silver mana. Reinforcing the rest of his body using the technique of the last-standing he began digging.

“I am not to be used for such grueling, cumbersome work. Yet, if I do not, then I cannot make it out of here. Ah well, at least when this is over I will see how far we are behind. I wonder, am I the first? The last?” Taking a break after getting roughly a half-mile into digging straight toward the concentrated mana Columbus flicked on his long-range mana-sense. Tuning in to the frequency that was to be used for meetups he heard… nothing. No blips, no scattered noise of other mages accidentally tuning in, absolutely nothing.

With a sinking feeling in his gut, Columbus redoubled his efforts in digging his way to the mountain-seed.

Columbus heaved. This had been far harder than he expected, was this mine not set under a mountain? Columbus could feel the mountain-seed, it wasn’t even a few heads away. Still, he was exhausted.

“They must’ve just dug down, of course, the unknowledgeable children would simply dig down. It is much more efficient to place your mines inside of mountains, where the real prizes are more accessible to those with the merit to use them.” He chided the poor illiterate children of the tomorrow-world. They never got a chance to truly learn from their ancestors, to learn the history of the planet they call home.

Pulling himself to his feet again he reactivated his skills, “Not too long now…”

As the words came out of his mouth, Columbus fell through the dirt, having dug into a massive crevice.

In the middle of this massive crevice, currently hovering a good ten feet above the floor where Columbus lay, was the mountain-seed. It glowed with a colorless light shining upon the room and giving him a very good view of the craggy rocks and stalagmites around him. The mountain-seed was bound in some sort of metal swing with seven chains attached to the metal ring secured around the massive stone.

“With this, I will have enough pure, easy to digest mana to last me months if I need it. If I truly am the first… No, that is treason… buuuuuuut.” As Columbus hung on the syllable, another consciousness took notice of him.

The not even half-awake consciousness fluttered in an almost dream-like state. Having been awoken by a rather loud and bothersome rodent, it took stock of the intruder. Being a consciousness made entirely of mana came with certain… perks. One of those being an innate sense of all the mana inside of, well, anything.

Looking at this rodent it saw something concerning, his entire form seemed to be brimming with mana. This wasn’t something normally that odd, however, the consciousness was used to communicating with other crystalline sapients with that much mana. To see that much in an organic was… concerning.

Suddenly, the organic started to move toward the mountain-seed. It panicked, it did not know from where but it knew that beings with this much mana were bad news, that greed was a constant enemy to them, and it had won many of them over.

The mountain-seed panicked, sending out its mana in an effort to push back the small organic growing far too close. That’s when the metallic ring entrapping it started to glow with impossibly curvy, snake-like runes.

“Who cares about Oz? I’ll just make my own empire, with sex workers and pegasi races!” Columbus exclaimed his decision for all to hear, all being himself, as multiple echos shouted his declaration back at him.

“Oh-ho, so supportive down here… I might get a cave for myself.” Columbus happily mused, hands on his hips as he started to walk closer to the center of the room. Enhancing his feet and legs with mana for the jump to grab the mountain-seed out of whatever chandelier was holding it, he readied himself.

Just as he neared the seed, a loud rumbling reverberated through the room as ancient spell-runes flared to life. Columbus backed up, “What? If I am the first… how? All magical artifacts were…”

As he began to speak, the cracking grew louder and louder, the chains leading to the rocks glow an eldritch green. As the cracking noise gets so loud even Columbus has to shut his ears and cower, a light begins to spill from the ceiling. As Columbus had actually dug downward to get here this was very confusing for him as he did his best to cover his ears while looking around the room in a panic.

Looking upward, the ceiling cracked in seven different places, all converging directly above the mountain-seed. Light began to spill in at an even higher rate as the earth itself moved and took on a weightless state, floating in the air before quickly; all seven pieces of ceiling broke apart and moved away from each other while all moving up at an insane rate.

“I… well, that was to give me enough mana to mainly dig myself out. I guess I solved one problem, but now what am I going to use for mana?” Columbus looked over at the spent mountain-seed. Likely it would regain its mana but for now, it was basically a drained barrel, it will need to refill over time.

Columbus pulled himself out of the now only twelve-foot hole in the ground and looked up. Several chunks of the Appalachian mountain range now floated in place miles above the ground. Covering over the hole to the mountain-seed with a misdirection spell, Columbus dusted off his sweaty wool jacket and pants, walking like a penguin to the nearest town. “Why didn’t I pack a spare set of underoos? Ponce’ would have a field day if he saw any of this, a High-Elf waddling through the forest like some common gnome or troll.”

A note from Blackguard

This is the beginning of a set of parallel partial-chapters. Let me know if you think these should start now or If I should re-order so that this comes before/after chapter 1. All of the parallels will be posted as double-posts, in between my normal chapter uploads, so do not worry, the story will not get side-tracked.

Also, sorry for the weird, mysterious double post of chapter 34 I don't know what caused it.

This is shorter than my normal chapters and that's because originally it was going to be added on to the end of one. Since it didn't fit and would likely confuse people with the timeline (You should be able to figure it out by the end) I decided to title it "Parallel 1" instead of interlude or add it to a chapter.

Go ahead and spout of theories in the comments if you want, I genuinely quite enjoy the conjecture, however, I will not be confirming or denying any of them.

Bio: Amateur writer and ravenous reader. I do my best to keep consistent if not generous updates, comments are welcome and encouraged. Nonbinary Zebra.