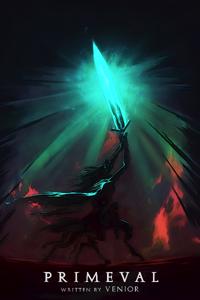 To save your nation, one must be willing to sacrifice everything in the face of destruction.

The great void crackled out as many of the kingdom's mightiest sorcerers worked in concert to summon forth a dazzling hero, their chosen champion. One such being who would lead the charge against the monsters that have threatened their lands.

From the eternal darkness reached out a hand, pulling its way through the rift and into the mortal world. Believing to have succeeded, applause thundered out in celebration. Finally, the Dawn had given them a hero.

—Or so they had believed.