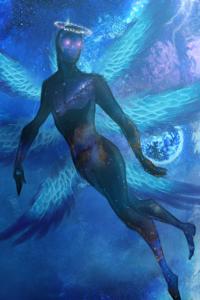 After dying quietly in his sleep, Marcus awakens and finds out he has been selected to become A World Administrator. A being who stands amongst the gods and whose job is to raise worlds from nothing and help life flourish. However, not everything is as it seems. Some of the Administrators want to see everything torn asunder while others only exist to bring pain and misery. Will Marcus adapt to his new life in this cold universe, or will he fall prey to the villans living in the darkest corners of the universe?

Authors Note: Hey guys, this is my first real attempt at writing, especially for a genre like this. It will include many Lit Rpg elements, world-building, and a variety of other topics. With that being said, this will be a long series that I wish to update regularly. It will be a bit on the dark side, so fair warning. If you see anything you do not like, IE: Grammar, strange sentence structure or the characters seem bland, leave a comment or shoot me a message so I can correct the issue.

Upload schedule: 1-3 times weekly, maybe more if I can get some chapters sandbagged.

*This series and universe are protected under copyright, so if you wish to use it, just pm me or join my discord and ask.

The story is similar to other creation stories (Breathe of Creation, World Keeper, Overseer), but brings enough to the table to be unique and enjoyable.

The mechanics are flexible, and the world building is well done, with room for further expansion. There also seems to be plans in place for several arcs in the future, showing that the story is unlikely to be abandoned anytime soon.

The writing is well done, and easy to read while being detailed enough to give readers a good image.

The only real issue is the main character. Side characters seem fairly fleshed out and unique, but the protagonist just doesn't really feel very good. He has frequent mood shifts, reacts oddly/inconsistently to different events, doesn't really seem to use his powers/circumstances effectively, and doesnt really ask for more information either. The latter may quickly turn it into an info dump, but there are certain things that anyone would ask, like (with minimal spoilers) how long the protection period lasts or the exact details of what it entails.

There are also several minor but kinda frequent typos.

As the name suggests, this is a story with a very strong focus on world building, somthing that compliments the genre very well. It goes very in depth with character creation, but doesn't add any unnecessary details, there is simply a great deal of characters to be built. The depth that the author goes to too create a unique world is astounding, and is definitely the highlight of the story.  As of 18.3 there hasn't been much exploration of the world it self, so if you are a reader that likes to jump right into the action, then this isn't the book for you. But if your like me, and love to see such depth, then get to reading!

P.s. Too the author, if your game has a fraction of the amount of thought put into it as this book, then tell me where to sign up, `cause I definitely want that! And good luck with your endeavours!

Reviewed at: Chapter 40 Age of Preparation

People say that this story is a copy of World Keeper, it's not at all. I'm still on the Primal Age and I find no relevance what so ever, World Keeper is a horrible story. After having read all of the current chapters, I saw that the main cast was getting ever larger and taking a similar path to that of World Keeper, I heavily suggest you avoid that path and focus on the Main Characters development. If you want to make another one, I hope the next one will be the last.

I like this take on the hero summon/reincarnation genre. It did start off kinda dragging but i was drawn into reading it. I loved the characters. The story was satisfying and I couldn't quit reading. This was a fantastic story to find.

It has potential and I for it to live up to it, I'm not sure how likely that is to happen. He story thus far has been simplistic which isn't in it's self bad. The MC has made some reckace and poor choices but he's also recognized this and is trying to improve (ie. character growth) which is great throw he's also quite plain so that's nothing new. The grammar is great and the style gets the job done without pulling you out of the story. Over all it's fun, has potential, just simple...

I think this gripe is more a me thing considering I had enough a background in anthropology which is why I'm so into cool word building and civilization building story's but what I've seen so for is lacking... for lack of better word, yes, pun intended). The view on culture reflected in the story smells like early table top rpg fantasy that took the ring lessons from Tolkien mixed with late 19 century arm chair anthropology trying to apply darwinistic theory to raceism, culture, the class system, and (the holy mother of all) colonialism.

it's not as bad as all that, I'm just overly sensitized to this kind of analysis, but the currents of it ar there.

but the story isn't quite in stride yet so I'll be keeping an eye on it and maybe it will become something great, I honestly hope it will and don't think that's too far a stretch.

note: I'm not sure how much actual civilization and world building will be in this, so my criticism my not be the most salient: there's some big war on the horizon that looks promising andthat doesn't really relate, though the world being too simple to feel real remains an issue I guess.

Good book with tons of potential

Honestly I have to say I've never seen someone go into such detail about character creation, which is amazing! I feel this book could be one of the most detailed/indepth litrpg/world creation books I have read on this site, but I also feel like this book could get repetitive if the author goes the wrong direction with the story. But as of now i'm fully enjoying the story and can't wait for more chapters!!

Could become something someday...

...but not quite yet

story:
The setting is interesting and i'd very much like to see it unfold, its missing clarifications here and there and some parts feel rushed. both as a reader and if i take the position of the mc, i'd be quite confused and ask a lot more questions.

grammar:
wording is somewhat awkward in places, quite a few typo's that have or not been pointed out by commenters. overall flow is.. hmm.. feels lacking?

characters:
author mentioned we wants the mc to be somewhat of a wuss from the start, but he's a little bit to much of a 'yes' man, takes explainations and things hes told without question, goes to much along the flow of others. like hes on rails.
theres quite a few contradicting statements by the characters and 3rd person info.
e.g.
gamer-mc sees status screen and says: "i have never seen anything like this"
next sentence: "i equate this to a game screen"

style:
a clear indication of whats system given without the use of text-boxes.
rolling eyes a little to much though.

Reviewed at: Chapter 21 Echo of the Past

I was really liking this story but around chapter 19 the storys focus starts to change and im just not all that interested in the historys of the different races. And the MCs personality has been all over the place making it hard to really invest in him. Just not feeling this one right now.

Very interesting setting, the premise is very unique. There is no bigger plot as of yet, but it has been hinted at already. The side characters have their own little quirks which I find quite refreshing.

The mc is not some OP dude that knows everything, he is actaully still learning how all of this works.

Im looking forward to seeing where this goes.

Definetely recommend checking this out.

This work is lookimg good in aspects such as exposition, characters, and world building (especially this).

The details are well thought out.