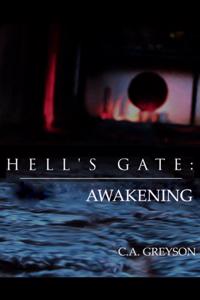 As an adopted girl from Japan, Celeste remembered vivid details of connecting with the spirit world that existed beyond our own. After years of therapy, she convinced herself that it was simply the product of a young girl's imagination. That is, until her life slowly shatters around her. Her family has kept something so shocking from her that it not only could destroy her life, but the worlds.  With allies by her side and enemies at her heels, Celeste must fight her way through the secrets and lies that pave the roads of the world’s future.