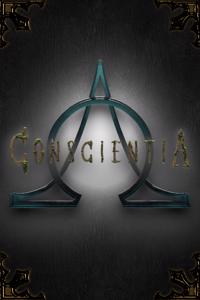 The Book of Eidos: The Path of the Diplomat — An Inevitable Outcome

The Dawn Fortress – The Courtyard

Eidos awakens. She jerks into motion, but coarse ropes leave painful abrasions as they mercilessly writhe around her wrists and ankles. Oh boy… As far as she can tell, she is now inside a cage in the middle of a dust-covered courtyard with high sandstone walls for as far as the eye can see. This is not the welcome I was expecting for giving these people water. What a bunch of ingrates! Not far from her, a lanky man reclines in one of the corners.

All around, the pungent smell of burning flesh permeates the air. Better than rotting flesh, I suppose. Dead bodies are lined up about the courtyard, their hapless handlers just as dead of spirit as the bodies they throw into the fires. The only perceptible signs of life in this city of the walking dead come in the form of ritual incantations and solemn dirges from around the violent and unrelenting roar of the great pyres.

At Eidos' stirring, her fellow prisoner scuttles away like a frightened rabbit. Another weirdo. But at least this one doesn’t seem aggressive. But then an epiphany dawns on him, a realization that now he will have more than just himself to talk to—or talk at? Indeed, a euphoric wash of emotion nearly knocks the ghost clear from his Falseflesh. Then, attempting to correct his posture and feign an air of dignity and composure, the gearwork of his jaw starts to wind up until its inevitable and interminable unwinding at the infelicitous opening of his mouth…

“Hmm… So, you're coming around after all! Ha ha!” he says with an imitable joviality. “I request that you take care, stranger; for I’d guess it’d be in our mutual interest to have a companion in exile to the Wasteland!”

“I appreciate the concern, Mr…” Eidos replies with a polite smile.

“Who me?" he says, legitimately stunned she wants to talk to him at all—much less ask his name. "Ho ho! My name is Heyar! I'm a scholar hailing from the township of Dazir!”

“‘Hailing from’ meaning we’re not in Dazir, are we?” she says more as a statement than a question.

“Right as a Muninn is white, my friend!”

With a hint of a frown, she offers her best guess, “This wouldn’t happen to be the Dawn Fortress then, would it?”

Heyar’s eyes sparkle like a child’s would standing before a new toy, “Yes! Yes, it is!” Then continuing without pause, “As to why a Daziran scholar would be in the very nest of their would-be malefactors,” he inhales deeply, “it’s because to the lover of knowledge, all places grant Awareness! We must leave no knowledge undiscovered! No thought unthought! No truth unveiled! Wait… no, not that… No un-truth unveiled! Yes, that’s better.

“And as to why I happen to be imprisoned,” he takes another deep breath, “well, my crime was trespassing in the fortress Archives without permission…” He pauses dramatically and assuming the air of a renegade, “And for my troubles, I am to be exiled to the Wasteland! Ha ha!” If I were going to be exiled to a place called ‘the Wasteland’, I wouldn’t be laughing… poor bastard.

Heyar then looks at Eidos with a delightfully devious grin and adds, “And I'd assume a woman heralded as the bringer of Tacribian genocide would deserve a punitive response of at least equal measure, dare I say!”

What!? “Me!? The bringer of Tacribian genocide?!” Eidos shouts incredulously, “But all I did was release the water!” Anger welling up within her, she presses, “If anything, I saved these people from a death by thirst!”

Shocked at the outburst, Heyar nervously averts his gaze. “Oh! Well, by Biracul's beard! Perhaps you truly are blameless after all! Ha ha!

“For the past few weeks,” he continues, his storyteller’s enthusiasm yet undeterred, “the folk of the Dawn Fortress have been on the brink of thirst—it’s true! This is because the Wellspring aqueduct leading here grew dry, its flow unflowy!

“Naturally many suspected Khaa was behind this treachery…” he pauses, waiting for her to come upon the natural questions that arise from such a statement and to think on their implications.

Then, looking deeply into her eyes, he renews his tale, “But with the Gate of Celestial judgment preventing the Tacribians from mob justice,” he raises a finger from his bound hands high in the air, “they were forced to slake their thirst with the meager rations the Tambulans could afford to hand out—instead of with Daziran blood!” he adds with an awkward wink.

“All hope was lost! Their doom was at hand!!” he exclaims, exuberance lacing every syllable. Heyar looks down at the ground with a false finality, betrayed by his giddy smile. This guy’s too easy to read. Come on; out with it, Heyar! Continue your story.

“But then, as their Trueflesh began tugging at the frayed tatters of the False,” he says, slowly raising gaze, his scholar’s scrutiny, towards Eidos, “As they prepared for the final march into the Grays! Out of nowhere came a torrent of fresh water, bearing their supposed salvation along with a strange, half-drowned outlander…”

“Indeed! Their celebration was short lived! For you see, the water bore a deadly corruption,” his voice squeaks from the excitement, “which was only discovered after they'd all become quite intoxicated by the author of their death!

“It seems their contempt for my life and well being became an ironic blessing…” he muses, “as they had already given me my daily skin of water, and intended to give me no more until the morrow! Ha ha! Splendid!”

A rhythmic pounding abruptly echoes throughout the courtyard. Eidos looks up to see a regimented procession advancing into the courtyard. Led by a cadre of drummers, a line of individuals walks towards a central dais. At the line’s head is a muscular, yet ancient man, with a young but stately lady following close in train.

The guard standing nearby turns and begins unlocking the cage. Before long, several guards reach in and take Eidos to kneel before the dais.

The old man and his attendants sit upon the platform as his female companion approaches Eidos. She takes a place standing close by and slowly, she reaches out a hand, placing it upon the crown of Eidos' head. The drumming ceases, and the man begins to speak.

“The accused will speak her name—for what is known to Biracul, shall be known to his servants and preserved for those that would come later.” Though he speaks with the weary tone of a burdened leader, his words hit like a hammer, compelling all in the area to listen—or else.

“I choose not to answer.” That’s right! Don’t comply with these assholes that locked us up for helping!

Flashes of white and black. A dizzying sense of displacement.

Unwillingly, Eidos sees herself upon the metallic platform of the Sanctuary's Awakening Chamber.

Inexorably, her name bubbles to the surface of her consciousness and out through the mouth of the woman whose hand now robs her mind of privacy…

“…‘Eidos. My name is Eidos.’…” her voice, though just as emotionally worn as her master’s, retains a warmth and comfort like a candle in the dark.

The man continues, “Where do you come from?”

“…‘I awoke far from here, underground, the Sanctuary… I remember nothing before this awakening.’…” Dammit! Stop reading my mind!

Pausing to ponder, the man soon presents the formal accusation, “You have been borne to the Dawn Fortress on a torrent of corrupted water, and already, the jinnvenom works its ruin in our Falseflesh. It will not be long before we all walk the Graylands with Ark.” A sudden flaring of rage brings fire to his eyes and lights his voice ablaze, “Now speak! Was this doom of your making?!”

“…‘Yes, I compelled the Wellspring to release the water.’…” No, I didn’t know it was poisoned! The mind reader frowns, delving deeper into Eidos’ mind as though she were flipping through the pages of an open book searching for something. “…‘Though I did not know it would result in your deaths.’…” Yes, tell him, Logira! …Logira? Why do I know her name?

Logira hesitates, weighing whether or not she should add a final thought Eidos brought to mind. “…‘Look, I only wanted to help!’… Master Khlutt, it seems she was just being manipulated by Khaa.” Yes! Thank you!

Ignoring the comment, Khlutt proceeds, “For what purpose? What design is in our deaths?”

Eidos, finally breaking her silence, stares her judge down and with a coolness like the calm before a storm replies, “I was made to believe it was the only way to preserve life in Kabu.”

Khlutt looks to his mind reader for confirmation. She nods.

After a brief silence, he asks his final questions of her, “What creature do we look upon? What is your aim in realms seen and unseen? Speak the truth! All is revealed under the eye of Biracul.”

The storm erupts. Oh no… What are they going to do to me? Tears pour down her face in a bitter deluge, and a torrent of emotions spills to the surface like water breaking through a cracked dam. I didn’t ask for this! My body just goes where it wants and does stupid shit I can’t control! Between sobs, she announces with her cracking voice, “I wish I had never been born!”

Her words echo across a stunned courtyard. Even Khlutt’s authoritative facade cracks, revealing the shock and regret of sacrificing the innocent. For a moment, it even seems as though his expression softens.

But soon the hardness creeps back into his wrinkled features. He has come too far; his people need someone to blame for their miserable end. Khlutt then rises from his seat to begin pronouncing his sentence, “Men and women of Tacriba!” He looks out over the meager crowd of survivors. “While I know many of you would seek to have this foul creature suffer the most horrific punishments a Jinn could devise, I decree we let her stand as a living testament!” It doesn’t matter… nothing good comes from living. “We are the last true children of Biracul! Let us send this message into the void as our forebearers did in the days of Ark!”

Khlutt nods his head and turns to leave. The drummers strike their instruments, as a guard unlocks the cage behind her, extracting a bound Heyar from it. The two are led wordlessly to the threshold, the ponderous drumming of Khlutt's attendants the only sound breaking the otherwise solemn silence.

The black iron gates reluctantly open with a metallic yawn. When the two prisoners arrive at the gates’ threshold, their bonds are untied and they are thrust out onto the burning sands at spearpoint. The gates begin to close begrudgingly, groans of iron on iron voicing its complaints…

For those interested, there is an interactive version available for Android devices HERE.