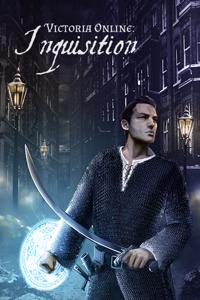 When I opened my eyes I found myself in a small, lavishly furnished room. Glass bottles full of alcohol lined a bar on one wall. The thick drapes and carpet lent the room a cramped, but comfortable feel. A desk of rich dark wood dominated one corner and the gently burning fireplace filled the small room with warmth.

I sat on a large armchair, with my feet up on a footstool as if I had just nodded off. The stand next to me had a snifter glass of brandy, condensation beading on the glass. An open box of cigars completed the image of a classic gentleman’s smoking room.

I stood up and stretched. My muscles were sore, as if I really had been napping, and stretching felt great. On a whim I took a sip of the brandy. The ice cold liquid turned to fire as it hit my stomach. I was amazed by how realistic it felt. Most attempts to make VR alcohol are not very successful. Surprising that they took the time to implement a decent version.

A fumbling knock came from the door. I looked at it in surprise before remembering. “Duh, this is a game, not just a room simulation.” I opened the door with a wide smile, ready to meet my first NPC in this new game.

The rotting face that greeted me had thinning hair, a single glassy eye, and no nose. I recoiled in horror as the thing lunged at me. I quickly jumped back from the moving corpse and watched as it crashed to the floor. As it flopped about on hands and knees, trying to stand, I wiped my brow and laughed at myself.

“A frickin zombie. Scared out of my wits by a lame jump scare and one slow zombie. Glad my old guild can’t see this — I would never live it down,” I said to the corpse as it struggled to its feet. I walked over to the bar and grabbed a stout looking bottle of whiskey. As the zombie staggered over to me, I took the bottle by the neck and slammed it onto the corpse’s rotting skull.

Or at least I tried to. The zombie staggered at the last moment throwing off my aim and my blow landed on its shoulder. The corpse’s collarbone snapped audibly, but the zombie didn’t seem to notice. Faster than I could react, the zombie grabbed my overextended arm and clamped down with claw-like fingers. I tried to pull away and the boney fingers punched into the flesh of my arm. “Fuck!” I screamed in surprise and pain. Blood poured from the punctures in my arm, and damn did it hurt.

Most full immersion games have some level of pain to make the injuries feel more real. The industry standard was for a player to feel around 20% of the pain that would be inflicted by a wound. This scaled up to 100% for the lightest of scratches, and down to partial percentages for the most grievous of injuries. Every game had a maximum cap on pain that could be felt though. It was a safety put in place to make sure that a player was never in danger of going into shock or losing consciousness.

This game clearly didn’t have that cap. My shredded arm burned like fire and my vision swam. While I was reeling in shock, the zombie bit into the meat of my arm, and a fresh wave of agony flooded through me.

The pain shocked me out of my stupor and I grabbed the zombies head with my free hand. Roaring with pain and rage, I slammed the corpse’s head into the bar as hard as I could. Its rotting teeth kept chewing, so I grabbed another bottle from the bar and smashed it into the zombie’s head. Luckily, the bottle didn’t shatter, and I hit the rotting creature over and over. Using my non dominant hand and the awkward angle made it difficult, but desperation lent me strength and tenacity.

It helped that the zombie did not try to defend itself at all. It never released its death grip or tried to dodge my attacks, it just kept worrying my ruined arm. After the fifth strike or so, the skull caved in, and the zombie went limp. The sudden weight dragged me to the ground and I hastily pried at the dead fingers.

Once free, I crawled away from the re-dead corpse and put my back to the plush armchair. I was breathing heavily and sweat poured down my face. My arm pulsed with a deep aching fire and the cuts stung horribly where the sweat got in. I looked at the bite wound in my arm and noticed that there were still teeth stuck in my arm. “I hope that doesn’t get infected,” I said semi-hysterically. I laughed at my own weak joke and started picking the teeth out of my arm.

There was a grisly surreality to it. This game had serious problems. It was undoubtedly realistic, amazingly so, but it could never be released like this. The pain threshold was there for a reason, and no country, including England, would publish a game without it enforced. Also, having the teeth stay in my arm even after the zombie died was messed up. Hell, even having the teeth be separable from the skull was going too far. People love realism, but there is a line between realistic and just gross.

After cleaning out my wounds and binding them with the remains of my robe, I got up and staggered to the door. I felt a little lightheaded from the heat of the fire and the blood loss, but I really didn’t want to stay in this room. The zombie’s rotting flesh stank and was starting to make me nauseated.

The hallway had hardwood floors, and was decorated with oil paintings and expensive furniture. The front door that would lead to the street was on my left. From my right came the shuffling step of another zombie. I couldn’t see it yet in the unlit hallway, but I was not going to wait around.

I opened the front door and stepped into the cool night. I closed the door behind me and stared in wonder at the chaos raging through the streets. In the distance buildings were on fire and I could hear people screaming. Zombies were everywhere. Shambling down the street, clustered around downed prey, and standing listlessly as if waiting for something to do. A zombie apocalypse in nineteenth century London. Great.

A few of the zombies on the street noticed me, and started shambling over. I turned back to the door and tried to open it. I would rather deal with one zombie in a house than fifty in the streets any day.

The door was locked. How the hell could it be locked? I stared at the door accusingly. Stupid thing was going to get me killed. I searched the pockets of my robe for a key, but found nothing.

The zombies were getting closer. There were three coming for me, two men and a woman, but more on the street would take notice soon. I desperately looked around for a weapon, but didn’t see anything I could use. As the closest zombie came within striking distance I raised my fists, my right arm aching from the strain. Like hell was I going down without a fight.

The zombie lunged, and everything went black.

I flailed wildly, expecting the pain of the zombies claws or teeth any second, but nothing happened. In fact, my previously shredded arm didn’t hurt anymore either. I felt great, and the screams and roar of fire were replaced by a quiet wind.

My vision returned slowly and I saw London from an aerial view. I got no feeling of falling or vertigo, which came as a relief. Below me, I could see the gas lights glowing in the night on the north side of the Thames. The city south of the river was in flames. Zombies filled the streets and huge birds trailing black tentacles raced through the night air. None of the birds flew over the river though and the bridges were empty save for the trickle of human refugees fleeing north from the carnage.

On the northern bank, soldiers stood at attention armed with swords and longbows, guarding mortar and cannon crews. They checked each person fleeing over the bridges to make sure they were human, but then let them pass. The soldiers showed no interest in taking the fight to the undead or trying to save the southern half of the city. They just stood and waited to see if the undead horde would attempt to cross the river.

I turned back to the south and watched as a mass of zombies broke down a church door. An invisible force blew back at them, sending the zombies flying. Where they fell the corpses smoked and did not rise again. But more kept coming and soon the church’s defenses were overwhelmed. A cacophony of screams came from the men and women that had hid inside for safety.

Further south, a jet of green flame drew my attention. A bone dragon animated by glowing green fire towered over the buildings on the southern edge of the city. Every few seconds, the dragon would gather itself up, and spew green flame into the streets. With each column of flame more buildings caught on fire, the unearthly green transitioning to the normal yellow and reds as wood and cloth were consumed.

As I watched, a title card filled my vision.

The card faded out, and I watched as the city below underwent rapid changes. Days flew by in seconds as the city south of the river slowly fell into disrepair. Buildings collapsed and entire roads sank into swampland. While the bone dragon had disappeared, I still caught sight of zombies and unknown creatures wandering the abandoned streets.

The north side of the city, in contrast, buzzed with human life. Bunkers sprung up at the head of every bridge, no doubt to keep the undead confined. More buildings popped up as the city slowly became even more industrial.

The rush of day and night slowed and the sun hung high in the sky. A new title card filled my sight.

This was one chapter. I added some stuff and split it into two. Reorganization is ongoing, sorry if this causes confusion.