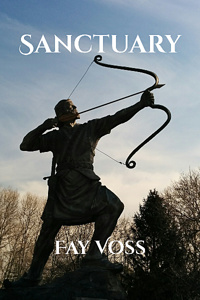 DRESDEN FILES FANATIC who happens to have a YouTube skit channel

Heroes have bad luck. Rusk wants to be one anyway.

When Rusk was a kid, he was rescued by an adventurer calling herself a Hero who told him about a place called Sanctuary. Ever since that day, Rusk has aspired to become a Hero himself, and the first step to take would be visiting Sanctuary in person. But Sanctuary is practically unreachable, located on an island outside the kingdom, and both societal and familial pressure stand in the way of Rusk’s aspirations. At nineteen, he’s getting impatient.

THIS IS A FIRST DRAFT. IT'S RAW, UNREVISED AND UNEDITED.

DRESDEN FILES FANATIC who happens to have a YouTube skit channel

Overall, the story is pretty decent.  Grammar is on point and is definitely not an issue at all with this story.  My main gripes come with the character and the lack of details.

Even though the story doesn't have enough details, the author makes a good use of showing the story instead of just telling us.  I went through 19 chapters and all I know about Rusk is that he's male and has scars on his arms.  That's it.  His bow, that is extremely important to him and is the most beautiful thing he's ever seen, is described as only that.  Well, it fit his palm fantasticly, but that doesn't tell us much.

The world he's in also gets little in the way of description.  He lives in a home that has at least his bedroom, a kitchen area for eating, and a front door.  He lives relatively close to a river and there are woods nearby.  He's walked through a field.  That's about all the description you're going to get of his surroundings.

The magic system leaves much to be desired as there is next to no explanation on how it works.  Sometimes it does, sometimes it doesn't.  With no rhyme or reason as to why other than you can't force it.

The main character himself isn't a bumbling idiot, a savant, or magically knows every single thing about everything.  Which is nice.  He has a healthy respect for knowledge, which is why it was so frustrating to see him get a person willing to tell him the answer to a question he's had for over a decade and he decides he's going to play 20 questions with another person he's known for all of 10 minutes.

There's also a small issue of the timeline doesn't seem to quite mesh up as the MC and his friends will be conversing about something they just did on the last chapter, but it is apparently weeks later?  It's a bit confusing.

Overall, a decent story and is very readable but with few descriptions of people and places.  It didn't hold my interest, but I'm sure others will like it.

Good quality writing and a neat twist on the typical Hero genre.

Spoilers up to Flies (13th chapter)

The story starts off with nothing particularly unique; MC gets attacked, saved by a hero, and now wants to become a hero. The only interesting part was how we were told that "Heroes have bad luck." After that, it was just kinda...meh. Our MC goes to unnamed school in unnamed village and then goes home to unnamed mom and unnamed dad. He then does a very shounen protaginist move by saving the girl from the bullies and getting the crap beaten out of him. The girl's name was Mandy, and all we really know about her at this point is that her father wanted her to collect keys. Oh, and she has an "inner monster" or something. Then she makes a bow for the MC using some incredibly vague magic system that has not even had one iota of explaination.

The MC's motivations are also somewhat boring. He starts off wanting to be a hero because a hero saved him, and literally nothing about that changes as he grows up from being a child to a young adult of 19.

Basically, the problem with this story is exactly what another reviewer said, Interesting, but an absolute scarcity of details. That being said, I do acknowledge that this is a first draft. In my opinion, the whole thing needs a rewrite