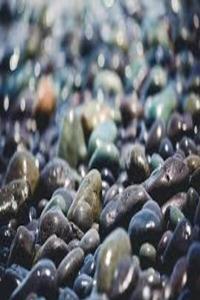 Spirit of the Gamer

Waking up in a new world with a odd Gaming power? Not the worst thing... Waking up in a world of hungy ghosts, genocidal reapers, and things not quite covered in manga?

Well, that was a little harder to adapt to.

Story is OC inserted into pre-canon Bleach. This story will be a massive derail from normal Bleach. Expect random ideas, extremly slow start up, and more focus on characters and trying to be a better person.

I don't own Bleach. The who does is Tite Kubo, please support the offical Manga/Anime.

Reviewed at: 17: Song of Fire and LARPING

What's not to love?

Admitedly, having a passing knowledge of the Bleach anime/comic world helps, but thus far (chapter 17) the influence on the story is small to negligable.

Seriously though, give it a try.

In the mean time, I need to find a doctor. Pretty sure I just bust a gut laughing.

Entertaining if a little rough around the edges

The premise of the story is that post-death, the MC Russ is tossed into a pseudo-reality run by a snarky system and anchored around the pre-canon Bleach timeline. The story starts off slow, with the MC primarily trying to figure out what they should be doing, as well as trying to figure out how to avoid the collateral damage that is going to spill out of oncoming Bleach events. Despite the setting, it isn't mandatory to have a strong grounding in Bleach, since the majority of what you need to know is introduced as the story progresses. This makes for a surprisingly free-standing piece, in that references are made and ties are slowly pulled closer to canon events, but the story isn't reliant on the setting for more than the world-building. Overall, it's a fairly independently standing story within a pre-existing fictional universe.

The writing itself holds to the characteristic wit and underlying optimism that you would expect from the author behind No Epic Loot Here, Only Puns although I will say that the quality isn't quite at the same level. Spelling and grammar errors are fairly common, to the point where they distract from the story. That said, I found it entertaining enough that it didn't bother me overmuch. Regarding the protagonist, their growth and reactions to the things that they see are very well done. It's slow, stable, and done with a healthy dose of self-preservation. Unlike many isekai stories where the author bends the world around the character, this is very much a case of the character doing their best to scramble through the world and figure out how they're going to stay alive and out of trouble.

Overall, I think this is worth recommending. A solid edit would improve the readability, but as it is, the story makes for a worthwhile read that steadily improves as each chapter goes by. At 25 chapters, there isn't a ton of material at the moment, but I would say give it fifteen chapters to see if it grows on you before deciding whether to continue or move on.

Reviewed at: 1: System of a Sprit

Fantastic story in every way. If you've read any story be Stew before, such as "There is no Epic Loot here, Only Puns", then you will love this. Really, the only complaint someone could have is that the pacing is slow, but that's more of a feature of how he writes and how he focuses more on characters rather than an actual flaw.

It really good to read while relaxing

I want more 😭 and I have to make this thing 50 characters long for no reason. Anyway I hope that he doesn’t get too many transformations and then he can’t use them

Its wonderful. Really good! But for some reason i saw this thing had over 200 chapters( probably pages) and was ready to read all night long. When i reached the end my brain stalled and i cried. (on the inside) edit: just got the patron, now madly cackling. Love this book

A great blend of old and new!

Reviewed at: 14: Curiosity killed the...

This story is amazing! The system is creative and unique, the main character is both likable and relatable, and the story fits in perfectly with both precannon and postcannon bleach! This maybe my favorite novle that stewart92 has ever written!

Better that the gamer manhwa

If you like game elements or the anime  Bleach, then this is for you.

Another great novel by The Stewart

What says on the tin. So far every chapter has had a couple issues but nothing story breaking. I like how the system jokes. And it even provides little learning moments that some stories skip over (the eating of cheese) and miscomunication that doesn't cause me to want to forehead slap.

Reviewed at: 19: Russel the Tank

I started out liking this story especially with the fact that the author is making a story that includes both bleach AND the gamer, but I got massively disappointed pretty soon after that based off of three reasons. Reason one would have to be that while the mc is in the bleach world he doesn't actually have ANYTHING to do with bleach (no interacting with bleach characters besides a small blerb, no real interaction with hollows, and nothing at all to do with the Shinigami or even a Zanpakutō). My second issue comes about with his skills in that for some reason I can't fathom in any way shape or form everything that the mc does seem's to focues around the damn purity stone, heres a stone that cleans things and removes corruption along with providing some light (pretty damn cool for a starter rock) but then the mc finishes his very first final dungeon boss battle and is given three options and he chooses the option that gives him a cloak THAT DOES THE SAME DAMN THING AS THE ROCK!!!!!! and then the cherry on for skills was when he gets a summoning skill that when it kills something it gives him exp and when eating something it boosts his mana regen, and when the mc is given the option to evolve this awesome summoning skill he is given three options to choose from.......... and he goes with the purity upgrade that gives the summoned the same skills as the stone AGAIN, reduces the combat ability aaaaaaand remove the ability to get exp from anything the summoned kills. My last gripe about this series is more on the gamer side of things in that the gamer was an AWESOME mage in his story with all these really awesome spells and stuff but in this the mc has som really awesome chances to be a pretty cool mage and he gives it up for some reason so that he can WILLINGLY be hit in the face with sharp objects while also pulling a sideline of being a sorta paladin.

So yeah on the whole I was really excited to see what would happen when the gamer system was put into the bleach world and I ended up being massively dissapointed especially with the weird focus on the damn purity stone and the constant repeat overlap of adding the purity stone to EVERYTHING!