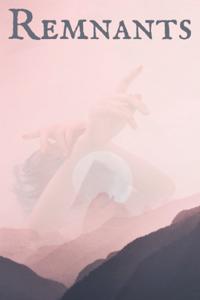 Kiol clenched his jaw and tightened his grip around the knife hilt. Ruadhan watched him with unrelenting calm. He raised the knife a twitch higher, willing himself to bring it down into the neck of the man who had taken him in, raised him, given him everything he had.

Kiol released his arm off Ruadhan’s neck and lurched off him like he was a bed of hot coals. Ruadhan struggled to his feet, holding his broken arm, and ran out the door.

Kiol sank to his knees and let the dagger slip from his fingers to the floor. The light from the doorway caught on the blade engraving. Soul — Breaking — Fate. He looked over at Nirin. The boy lay limp in a still-growing dark puddle. Kiol dragged himself up and stumbled over, streaking the blood with his footprints. With his unbroken arm he pulled Nirin up, draped one of the boy’s arms over his shoulders and hooked his arm snug around Nirin’s waist. But the boy was too limp to stay properly draped over him and Kiol couldn’t keep a good hold on him with just one arm while his boots slipped in blood.

He fell back to his knees and clumsily maneuvered Nirin to his lap. The boy’s pastel robes were dyed dark red, his black hair sticky and knotted, and the smell of iron saturated Kiol’s senses. “Fuck,” he muttered. What would he even do without Nirin? Continue helping Creator? Return to the city like nothing had happened? Try and stop Ruadhan from waking Envier? He didn’t care about any of that. His only reason for caring was dying in his arms.

“Fuck it,” he said louder. “Kid, if you die, I’m dying too. I didn’t ask you to fucking jump in front of a sword and save me. Fuck!” He slammed his fist to the floor, splattering blood. Then, like an opened dam, every ounce of anger and fear spilled out of him, leaving only sorrow. It was his fault, but there was nothing he could do. He knew he hadn’t deserved Nirin’s kindness and companionship; not someone like him. Foolishly, he had convinced himself otherwise, had convinced himself it would be different. But like everything worthwhile in his stupid, pathetic, selfish life, he had ruined it.

He hunched over and clutched Nirin tighter. “I’m sorry,” he whispered. “I’m sorry, Nirin. You deserved better than me. I'm so sorry." Nirin's eyes were closed, his chest had stopped struggling. Kiol knew the last sense to go was hearing.

"Among the stars there's a constellation called 'Deer Who Found Clear Water,'" he whispered. "Many, many years ago, when Creator was still making the first humans, a herd of deer lived off only the puddles formed by rain... ... ..."

A note from Emily Oracle

This is the end of book one of Remnants. Now we'll be going on a few weeks hiatus. If you enjoy this story and want to read more, please review, comment, etc., to let me know.

Thank you! And Happy Leap Year~ Have a good March!