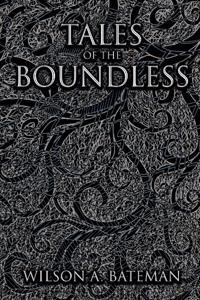 “What’s the meaning of this?” He asked. Surely there was a guardhouse nearer by that could have seen me safe. Why are we here in this… He looked around at the firelit room. Hovel… He was standing on dirt, of all things. Dirt! And the stench was unbearable. Sweat and… well, wasn’t that enough?

One of the bearers pushed him forward, toward a chair in the center of the room, but Kertum wasn’t about to sit on the rough wood. Is that blood? He thought, before he was grabbed again, spun around, and punched in the gut.

Kertum new little of pain, and the blow doubled him over, forcing him to sit. Through his watering eyes he saw two more people enter the room, giving him a quick look at a long, muddy alleyway. The first man was foreign to Kertum. An elf, like him, and clearly barrenborn. No noble would allow himself to become so obscenely sinewy, even if not bulky. The second man stepped out from behind the sinewy man, and Kertum was surprised to find himself staring down his own majordomo.

“Bryant, was is the meaning of this?! Mother will—”

The servant stepped forward and set Kertum’s ears ringing with a slap to the face, again filling his eyes with tears.

“Gods, you don’t know how long I’ve wanted to do that? And your mother can get split by an ogre.”

Startled into silence by the sudden violence, Kertum watched the man warily.

“Shame,” the servant said. “I was hoping you’d take more convincing to shut up. Looks like he’s ready to listen, Leront.”

The majordomo made way for the sinewy man to take his place, and then he and the three bearers left. The man slunk nearer to Kertum. He was dressed in the clothes of a laborer, but Kertum was surprised to find the man spoke with a noble accent.

“Now, young lord, I’m sure you know why you’re here. You’ve got something precious we were hoping you could show to us.” In spite of the accent, Kertum was suddenly more afraid of the man than he’d been of Bryant. He did have something valuable: more valuable than the whole of the Whispercrests’ land holdings. But it was also their most closely held secret, only just entrusted to Kertum a few days prior in a ceremony that was also secret, attended only by his parents, a priest, and his childhood companion, Raf. After the ceremony Raf had finally been allowed to return to his own family’s estate for the first time since his earliest years, having finally fulfilled the bargain struck when he’d been discovered to be barrenborn. Faced with losing their lands and titles, the Weltersmiths had borrowed from Kertum’s parents to secure a mana seed for Raf, on the condition that he would stay the Whispercrests’ ward until he came of age, using the aspected mana provided by the seed to feed a daemon contract.

Now Kertum held that contract, the Whispercrests’ main bargaining chip for securing an advantageous marriage, and if he lost it there would be nothing. The money to lend the Weltersmiths for the mana seed and to purchase the daemon contract had itself been borrowed. Without a marriage, losing the daemon would spell the Whispercrests doom. They might not lose their noble status immediately, but would be unable to purchase another mana seed if Kertum or his sister’s children were barrenborn, meeting the same fate the Weltersmiths had borrowed from them to avoid. Once that chain was broken there would be no way back into the queen’s court. Even if Kertum’s grandchildren were seedborn, they would live as craftsmen or priests, bearing the shame of a bloodline that didn’t breed true.

“I… can’t,” Kertum said. His breaths were coming heavy and fast. “Please don’t hurt me!”

The sinewy man looked sympathetic. “I empathize, young lord. It’s a high price to pay, but we need to make sure these things end up in the right hands.”

The man drove his finger into Kertum’s left eye without warning, striking before the younger elf could blink. There was a moment of shock before the pain started, and Kertum’s screams shook the hovel. Minutes later he was still screaming, but no one had come to save him. Panting and sobbing, he hung his head.

The sinewy man lifted Kertum’s chin and looked at his handiwork.

“The Danaralin won’t be fixing that easy,” he said, as though discussing a ripped seam, and let Kertum’s head drop again. “Now, summon the daemon and let’s get this over with.”

It took Kertum time to steady his voice enough to chant the summons he’d only learned a few days past. Raf had only summoned Euoga once during their entire childhood, trying to save a laborer that had fallen into the spring churn of the Xithk.

Blood trickled into his mouth as he spoke, but Kertum finished the chant regardless. He needed to get free. Maybe his eye could be saved if he got to the healers soon. If it had to be regrown...

Euoga, bearing ‘loft the breeze,
Gentle, calm, and ever true.
Answer our most fervent pleas,
And grant us now to honor you.

Euoga appeared moments later, but Kertum couldn’t even raise his head to look at her.

Would you like to transfer the contract of the Child Daemon of Water and Air, Euoga to ????

“Oh no, young lord. Not to me.” The sinewy man said, then stepped toward one wooden wall of the hovel and gave a knock. A hidden door appeared, bathing Kertum in light and warmth, and the scent of Rithum Buds overwhelmed the smell of sweat and blood for a moment. In spite of himself, Kertum looked up.

Queen Gliteau didn’t have the same concerns as Kertum about dirtying her footwear, and for a second Kertum’s heart leapt. She had come to save him!

The thought only lasted for a second though, and Kertum soon realized what awaited him. He wouldn’t be making Dela’s party, or any party. Vaguely he hoped they wouldn’t discover his body in the lower Gremmon, as they had so many others. He couldn’t bear the thought of them finding him floating in the filth.