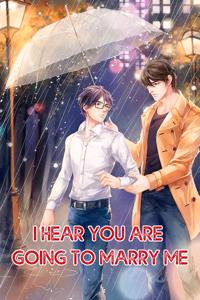 I Hear You Are Going to Marry Me

It's a funny story about the love between Xing Biao, a gang boss, and Lawyer Su Mo.

After several years since they got married, Xing Biao's henchmen often had such a conversation.

"Do you know who is the last person we should offend?"

"The son of our boss? He has been spoiled by our boss and Lawyer Su."

"You are definitely wrong. Haven't you seen Lawyer Su punish that boy by asking him to recite criminal laws? When the boy fails to correctly and completely recite them, Lawyer Su doesn't allow him to watch TV and eat snacks. If our boss tries to intercede for the boy, he will be asked to recite the laws together with their son."

"So it's Lawyer Su who shouldn't be provoked by us."

"Bingo! Lawyer Su won't spare anyone pissing him off, neither will our boss and their son."

Welcome to read the whole I Hear You Are Going to Marry Me on Flying Lines.