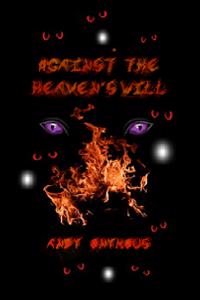 Against the Heaven's Will

The name of the woman is not yet known. Her name and origin will later be revealed in the next chapter.

If you don't mind leaving a comment about the clarity of the chapter or plot, it would be great!

A lonely dilapidated temple stood within the darkness of the forest. Its derelict ground, once showing the splendor of a powerful empire, was now nothing more than a remnant of the past. The Romanesque-like temple covered with a blackened roof, although dank and ruined, filled the air surrounding it with a feeling of sadness and desperation. It's surrounding littered with bones and rusted weapons showed signs that a brutal battle took place both inside and outside the temple’s grounds. Its walls, once tall and mighty had been reduced to mere rubble, only its wooden interior withstood the test of time. Inside it, in a once very beautifully appointed room, laid the woman, her back against a Doric-like door guarded by two wooden statues of a lion, who stood proud and tall on its hind legs, while holding a bright lifelike yellow flame on its front paw.

The woman had become deadly pale. Sweat and tears began to pour down her face as she tried to scream. Only a faint moan of despair could be heard coming from her mouth. She had used a wooden pole that she bit with her mouth to restrain her screams as she did not want to attract unwanted attention. As her pain increased, her strength began to falter. She tried to think of something, anything that would keep her mind distracted from the pain she was experiencing. As she tried to think, a cold gust of wind blew right passed her, she shivered. Her dampened screams filled with anguish, once again, echoed throughout the old temple’s room. Unable to think of anything, she tried to control her breathing, constantly maintaining its rhythm. As time past, she could no longer bear her pain, she began to let go of her stomach and stretched her hands, in quick and desperate motion, unto the two statues as she needed something to support her through this ordeal. She could not see herself going through this alone.

As she continued to struggle with her pain, the brightly painted floorboards surrounding her began to darken, being slowly replaced with a dark reddish-like color as if it were being drenched with blood. Her fingernails, no longer having its exquisite appearance, were now broken with blood coming out of its tips. The statues were scratched and penetrated with each of its holes dripping with blood. As her screams began to vanish, her face, no longer as pale as it was before, regained some of its colors. Her lovely eyes were now shining exuding her long-awaited motherly instinct and love. Her pained expression steadily being replaced with her broad, unrestrained and cheerful smile. Tears began to pour out of her eyes. They were tears of joy. Slowly screams could be heard, once again, filling the room. They were not her screams, but that of a newborn baby. She had given birth to her child.

“Shh…Shh…Shh…You...look so much like your father…Shh...Shh…Everything will be fine, mommy is here for you…” whispered the woman in a sweet yet weak voice. She let loose one of the sides of her dress revealing one of her breasts.

“Shh…Shh…I know that you are hungry…Shh...Shh…Do you want to drink some milk?” murmured the woman as she signaled her child to drink the milk from her breast. The child seeming to understand his mother's words started to suck on her breast. His face, after a while, started dripping with milk.

Seeing her child drinking her milk, the woman sighed. Her jade-like arms, although still filled with wounds, were caressing and gently holding her child as he drank. She felt weak, very weak as if all the weight of the world had fallen unto her shoulders. She wanted to die. The pain that she felt was an unbearable kind of pain. The kind that would shatter a person’s very soul. The thoughts of resting peacefully were irresistible, her mind began craving for it, but from observing the innocent look of her child’s face, she understood that she must first put her child well-being above hers.

As her child finished drinking his milk, she covered her breast by putting back her side of her dress that was left loose. Soon afterward, her child fell sound asleep. She smiled. Her smile radiating her love, but also sorrow for the fate of her only child. She knew that she must find help for her child. As she began to remember her encounter with the beings residing outside the temple’s grounds, she scrapped her idea of searching for help. She knew that she could not leave the temple’s grounds. The beings, outside, will surely kill her and her child if she did.

After giving it some thoughts, the woman decided to explore the room. She tried standing up, however, something pulled her back down to the floor. While trying to understand her current predicament, she noticed that she forgot to cut her child’s umbilical cord. In a swift and unrestrained motion, she grabbed her dagger from its crimson sleeveless sheath and cut it. As she put back her dagger unto its sheath, blood sprayed her face making her unable to see her surroundings. Her beautiful face, although now covered and dripping with blood, seemed to have aged after she gave birth.

Noticing that she could not wipe her face clean from the blood using her spare hand, she grabbed hold of her dress with it, while holding her child with her other hand, and tore a small part of it. Using this rag, she gently wiped her face clean. After a moment of rest, once again, the woman tried to stand up, while holding her child tightly on her chest. As she stood up, she noticed for the first time how spacious and sinister this room looked. Outlines of bodies, old wooden boxes and weapons were all she could make out from looking at the room. The darkness prevented her from seeing anything else. She was frozen in fear. Something sinister must have happened here. Sensing that she was regaining some of her strength, she turned around to face the Doric-like door. She wanted to know what was beyond that door.

Using her spare hand, she gathered her strength and pushed open the old wooden door. As it opened, the door creaked. Its creaks echoed in the darkness surrounding the room. A dense smell of death and decay started to spread as it came out from the opening. The woman seeing the open door in front of her, pleasantly smiled. She was surprised that she could still even open a door. As the woman was about to enter, she was able to see two beady red eyes looking at her from the darkness beyond the open door. The woman was paralyzed in fear. In a swift and unrestrained motion, she turned around and covered her child. Her blood still pouring out of her wounds could be heard falling unto the floor. Expecting her death, the woman panicked. She knew that she had spent all her strength in opening the door. After a while, noticing that the being hadn’t moved from its current position, the woman came to understand that it was either dead or unable to go past the door.

As she was about to close the doors, she, suddenly, felt very dizzy. Her vision started to fade. As more of her blood stained the floor of the room, she started to stumble, but she regained her balance. She knew her time was up. She had lost too much blood. Looking at her sleeping child, she kissed him on the forehead. She prayed that she could live just a little longer to find someone to take care of him or even something that would keep him alive until someone comes by this temple. She could no longer see but could only hear the sounds from her surroundings. Unexpectedly, she heard echoes of hurried footsteps coming from outside the temple’s ground. As she felt her legs give way, she began to fall. The footsteps that she heard became louder and louder. As she was about to strike the floor, she heard him desperately calling her name…

A note from Andy Onymous

The temple - An ancient building constructed by an ancient and powerful civilization that was wiped out by the Shutras.

The woman - A beautiful and elegant woman, whose husband was seemingly eaten by the beings.

Bio: Writing stories is a hobby of mine.

If you wouldn't mind leaving a comment on your thoughts and suggestions regarding my writing or grammar or anything else regarding the plot, it would greatly help me improve the writing for this novel as it is my first piece of literature that I have written.

"Sweat and tears began to pour down her face as she tried to scream. A faint scream could be heard coming from her mouth." - this feels a bit weak, as she goes from 'trying to scream' to 'screaming' without anything in the middle.

"Her fingernails, no longer having its exquisite appearance, were now broken with blood coming out of its tips" - is this one nail, or several? (i.e. singular or plural?)

Thank you for the comment and for the grammar/context check! I will fix the first part that you mentioned in your comment as soon as possible. As for the second part of your comment. where it says "Her fingernails, no longer having its exquisite appearance, were now broken with blood coming out of its tips", it is several of her nails. I will also fix this confusing part.