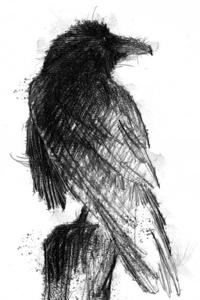 God of The Crows

The gods are Dead.

In the aftermath of a world torn apart by a massive war of the old gods, a lowly mortal is chosen for a seemingly insignifiant title. But, as he soon learns, that title carried with it a great weight to bear; making him a target of powerful enemies. This world has no respect for the weak, so he must decide if he will rise or fall.

Can a small promise of power turn a nameless hunter into the greatest of the new gods?