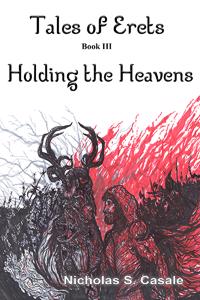 The conclusion of the Martyr King story arc.

The land of Arx has been conquered by a selfish mercenary who has allowed the Inquisition to reign there. Nihilus is under the control of the devious Duke Sahar, who is one of King Therion's twin sons. Aryn, the rightful Queen of Arx, hides in exile, hunted by her power-hungry cousin and the nobles who sided with her.

But Erelah, the prophetess from long ago, has returned to life. Her mission is to right these wrongs and restore the proper monarch to the throne of Arx.