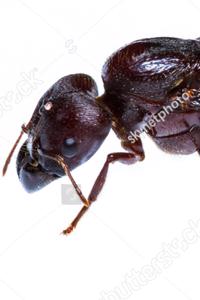 Kadi was in a terrible mood, his girlfriend just broke up with him for an extremely weird reason, he wanted to wait until they were married to do anything bedroom related. He gets himself into a depressive funk, and during a walk he didn't notice the crossing signal until it was too late.

Now in a new world he will find true love from one of the strangest places, and together they will build a new empire.

This is my first real story, any corrections or ideas in the comments are welcome.

Reviewed at: 13: digging and leveling

First of all, I like the rough idea behind this. Human x Antgirl Queen, magic, and a very loose system. There are some interesting ideas here, though I think the ant queen and hive aspects are going to be difficult to write well in the future.

Now, as for the writing of the story... that's where things get rougher.

The easiest thing to fix is simply the grammar. Earlier chapters have a lot of capitialization issues. There are also a lot of missing subjects in sentences. IE "Can use something" instead of "I can use something." This occurs fairly frequently, but at least it is rarely confusing. Otherwise the grammar is pretty good, or at least has no frequently occuring problems.

The dialogue is pretty flat and uninteresting. The author seems to be trying to work on at least adding small actions and reactions which has helped a bit. However it's still pretty dull.

The MC also has a lot of weird assumed knowledge. For example, he suddenly shows up in the new world with basically no information about the world, looks at a building that has a sign with a sword on it and immediately knows it's the Adventurer's Guild. A lot of things like this show up in smaller ways. On the one hand it's a little nice not having the read the semi-obligatory "oh it's just like a game/lightnovel/etc" lines, but it's kind of jarring having this stuff just known.

In a related issue, the MC largely has no reaction to most things. Dead? Huh, no need to even comment on that. Transported to another world? Guess I'll look around a bit. Taken captive by antgirls? They seem like nice people. Again, it's kind of nice not dealing with the semi-obligatory freaking out scenes, but it's not just those that are omitted. It's any reaction. At all. It doesn't even phase the MC, or influence his thinking, or... anything. The MC is basically an empty vehicle for moving the perspective of the story and providing some excuses for things to happen around him.

As for the other characters, for the most part I think they have a good rough concept behind them... I think. But it's hard to tell. Between the straight forward and dull dialogue and the reactionless MC, the characters just never have a chance to shine. Everybody just says exactly what they mean, and the MC just accepts it, and that's that.

All that said, the writing still tells a coherent story which is far from something you can just assume on this platform. Between the interesting idea behind it, and the hints you can see of some of the characters, it has some draw to it. I read up to chapter 13 and then wrote way too much here for a reason. It's not a bad first attempt, but could be much more.

Reviewed at: Enter the hive

A man who search his soulmate and may find it in the hive of, as seen by human, "monstuous ant". Furthermore he is given as task by the god to bring worldpeace.

I am not english and have a realy poor knowledge of it. So i can't judge in the quality of it's style nor grammar, but the characters seem nice and it's easy to read.

Once again, an intersting story.

Intriguing story by a new author

I have enjoyed every thing I have read so far! You can tell they are a new author by some of the simple but understandable mistakes of new authors. Their writing ability has improved since the start at an admirable rate. The pacing at the beginning is rough and made the introduction to the princess feel flat to me. After the interlude she feels like a full character, it might just be that she gets more screen time from then on. I am liking the world and system. I hope to see where this story will end up it has a lot of promise going forward.

Reviewed at: 6: Tour of the hive and meeting the princess

I like the concept of the story and would recommend others to read. My only issues are with the grammar. For the instance, there was no capitalizing of I's and while referring to past tense you used the present tense. Also, I believe the story would be quite a bit better with some more explanations and a little world-building. But other than that no real issues and I enjoyed the chapters.

an odd but not unpleasant read.

Reviewed at: Tour of the hive and meeting the princess

this story is bordering on being a "that kind" of story, but so far manages to stray away from it.

with enough time and effort i believe this can turn out quite fine.

Reviewed at: Morning at the hive

As the title said so far so good I have enjoyed what has bin wrighten so far and even if the pacing is a little off to me as I think its going faster then it shud its not to bad. I also love the way the story so far portrays the hate that is a major part of the backstory its more real then a lot of other storys I have seen.

Good with room to grow

I just finished binging the whole thing and I have to say I really like the slow and steady progression instead of the usual quick rise to power. The writing is also pretty good compared to most of the stories out there. The only thing I would like to see more of is the story progression. So far very little has happened yet the entire would is open for all kinds of shenanigans. No rush, I would just really like to see what happens next instead of 20 chapters in a row of skill leveling. Though with this chapter it looks like more exciting things are coming our way, as long as it hasn't been dropped since we havent gotten an update in 8 months. Looking forward to what you have next.