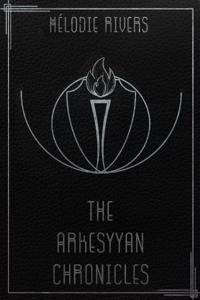 Thank you very much to the kind follower who became the first one for this fiction! I hope you keep on enjoying the stories!

This is the second part of the previous chapter; if you haven't read Hope Without Hope - Part I, I suggest you do so, as it relates directly.

The Rajarian command ship was orbiting around Mona, controlling by distance two hundred drones, each in a specific orbit above Terra, once a beautiful dark-blue planet, but now a fiery ochre, as a result of billions of buildings covering every piece of land, and of billions of sulphur and various other chemicals present in the atmosphere. Upon a signal from the Rajar ship, the drones deployed, and each held a plate of metal; slowly, they descended into the atmosphere of Terra, bringing the two hundred plates together.

"Welcome to Hell", the smiling voice was recorded in Gabzryel's computer, back on the real world.
Silence reigned in the control room, as Gabzryel's jaw dropped in utter shock.
Back on the dream world, Madzistrale looked with despair as the metal plates enclosed completely the sky, and the world was plunged into darkness, lit only by the cities lights and their reflections against the metal and the polluted air. Below them, the citizens were yelling in rage and despair, as all knew it was only a matter of years before water and food ran out, and most, if not all, died in this inferno.

"I want to see who did this," Tom spat between clenched teeth, taking his sister's hand.

As a scene cuts to enter another, the siblings found themselves hovering in space, above Terra and beside Mona. But they were too late, as there was no sign of life, no ships, no bases. Their eyes turned towards Terra, and their hearts stopped. There was no more blue planet, no more continents and seas, no more clouds. There was only a dark metal sphere. Since Terra's atmosphere was cut from space, the polluted air escaped only by the few small perforations in the sphere.

"Welcome to Hell indeed," Tom whispered angrily, watching hopelessly as the planet below the metal prison smoked, the cries and pleas of the imprisoned civilization still in his mind.

Madzistrale's eyes filled with tears as pity and hate clashed, and she hugged her rigid brother; he returned the hug, his brown eyes devoid of sadness, feeling only deep rage against whoever created Hell, the coward who fled Terra to live forever as he exterminated the entirety of humanity.

"Get me out, Tom!" Madzistrale pleaded, unable to stand any longer the sight of the smoking hell, "get me the hell out of there!!"

On an automatic mode, Gabzryel entered the wakening procedure, his mind still dumb in front of the horror he witnessed through the siblings's dream. Not a minute later, two doors were slammed, and the siblings stormed the control room.

"What the hell was that?!" Madzistrale yelled angrily at Gabzryel.

"I don't know, it's your dream!" Gabzryel replied shakily, asking all his mental prowess to process logically what he saw.

"He smiled!!! He smiled and laughed as the plates enclosed the planets!!" Madzistrale slammed a table with her fist.

One of the computer beeped, and Gabzryel turned silently to look at it. His jaw dropped for a second time, and he devoted the next five minutes calculating and double-checking the information the computer gave him. During this time, Tom was holding his sister, and was whispering comfortingly:
"It was just a dream, Mad, only a bad dream..."

"Wait, wait, that's the bad news, yes, but you forget the good news!" Gabzryel retorted. He turned the computer toward them, and pointed to a small graph. "My friend, the search for 'Project Orb Weaver' is done!"

Excited, he jumped from his chair and surprised-hugged the siblings in glee.

Tom and Madzistrale looked at each other over Gabzryel's shoulders, wondering if they should break the mood by reminding Gabzryel about the 20 billions trapped humans they briefly dreamt about, but Tom shook his head. Madzistrale understood and closed her eyes. The world they dreamt was beyond hope. But not their own. Thanks to Gabzryel's "Project Orb Weaver" theory being proved right tonight, they now had hope for their own world.

I do admit that would I be a good painter/drawer, there is one scene that I would draw, because its just so vivid, and I know the exact feeling that it radiates. Its when the siblings watch from space the metal-covered Terra, steaming through the few holes the cover allowed, a dirty gold glow coming off instead of the beautiful dark blue it once had. I just have the perfect image, with the perfect evil feel that comes with it...

The Rajar was inspired by Isaac Asimov's relationship between Earthians and Spacers, that the later wouldn't allow Earth humans to step foot on Spacers worlds, because they would carry dangerous bacterias. The thing is, it's what might actually happen in our real world. What will happen once these few thousands of elite humans colonize Mars and any other planets? To ensure their survival, the conditions will have to remain perfect; which means no foreign bacterias. So humans coming from Earth, carrying Earth bacterias on them, foreign and dangerous to Mars' atmosphere and inhabitants. What will happen? Will the millions, billions, unfortunate humans that won't be a part of the colonization program be forever stuck on Earth until...?

I foolishly hope not, that such a story will remain exactly that: a fictional story.

Bio: I'm a writer that believes in optimistic, hopeful stories that tell a good future. A friend said: if you cannot find the light, become the light.
So if you like feel-good, kind fantasy and sci-fi stories, sometimes dark but always striving for the light, you've come to the right place.