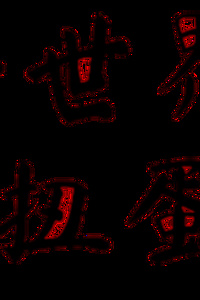 Comment/Review on the story readers and give me ideas on possible xianxia things you want to see! No guarantees that I will add what you want. But it helps to have ideas out there. Please point out any mistakes you notice or anything you're not clear about. I'll try to answer them and fix them to the best of my abilities.

“Master, you were right...” Xiucai gratefully cupped his hands and bowed in front of Lei Zhi.

“Well done. It never hurts to rely on others from time to time.” Lei Zhi smiled, patting the boy on the shoulder instead of ruffling his hair like he wanted. “Now let me fix you up, Lin, Wenqing, watch carefully.”

“I don’t think I’d survive half as long as you did.” He Wenqing nodded in the praise.

“Told you she didn’t say he was going to lose.” Bing was happy his prediction wasn’t wrong.

“It was a difficult fight for sure. If all the other Rising Dragons are on his level, I have my match cut out for me.” Jie looked toward the marked boy with his giant weapon in the distance.

“I’ll take your teachings to heart and thank you everyone.” Xiucai bowed toward the other angels.

“Hahahahahahahaha!” Tang didn’t hold back after the judges decided against Jun.

Briefly, an incredibly ugly snarl appeared on Jun’s face before quickly returning back to his regular charming and calm appearance. He turned to look at his junior brother and senior brothers before shrugging. “I knew teamwork was the main purpose but I still let my arrogance get to me. I have more training to do in the future.” He bowed. “Good luck Little Tang in your fight. Consider my loss as a way of teaching you to look out for your teammates.” Their eyes met.

“All that pompous talk from earlier just for you to turn out to be nothing but a loser.” Tang scoffed but would secretly make sure that his two leeches wouldn’t drag him down like Jun’s did.

“You understood why you lost. I see no need to add anything further.” Second Eldest, Jian, nodded.

“Junior Brother’s going to take this bracket home because of you. So, Master gains face regardless. Don’t be too beaten up about it. It’s a weird tournament after all.” Chao grinned.

Gong Jun knew that his senior brothers were simply trying to cheer him up but he still couldn’t help feeling infuriated and embarrassed. He was thoroughly slapped and couldn’t make any excuses about it. Now Tang was going to gain everything while he was nothing more than a stepping stone for him to shine. The young Rising Dragon prodigy took a deep breath and sunk himself deep in meditation as he looked back on his mistakes in the match and how he could’ve done better.

“I’ll kill you both if you dare drag me down.” Wuying Tang softly spoke under his breath.

“Ye- Yes!” They stammered a response.

Leech #1 and Leech #2 knew their end would arrive if they didn’t satisfy the whims of this talented young master. They could only blame their luck for being matched up with this merciless little tyrant. While their current thoughts were on their immediate survival, neither of the two thought about how this might be a useful lesson to learn about the future. If you want to survive, sometimes holding on to the gold thigh near you is the only option.

“I usually hate copying that fool but he does indeed know how to properly use his brain at times. Don’t assume that just because you fail, you two will die. Your entire family lineage will follow along with you in the afterlife if you cause me to lose face here.” Tang made sure they understood what truly was on the line here.

“...!” This young master was truly and completely insane!

Leech #1 & #2 rapidly nodded their heads as they prepared themselves to pull out all the stops. How pitiful, the two cultivators wanted to cry. They were probably the only two people who had their entire family’s lineage at stake in this tournament. A tournament that didn’t even allow bloodshed!

Unknown to the two cultivators, Gong Jun has already put into motion what Wuying Tang threatened them with to his two teammates. He had to release some frustration somehow. It didn’t sit right with him that someone could drag him down so thoroughly and get away with it. Meaningless tournament or not, no one humiliates Gong Jun and lives peacefully. Not even his future wife!

Wuying Tang tossed his boomerang across the stage, flying to the middle of the ring before spinning into the air. Wind gathered around its fast speed as it hovered above the ring, constantly spinning. The arrow-like markings on Tang’s skin glowed brightly as he placed his palm on the two leeches. Their bodies violently thumped as if there was something inside their chest fighting to get out.

Markings similar to Tang’s rapidly spread out across their skin as their eyes began to glow yellow. No one but Tang understood what was happening to the two but their opponents were wary regardless. They huddled up together and waited for any surprise attacks. Tang grinned. His advantage lay in attacking, didn’t they know?

Jie quickly led the charge forward while Wuying’s teammates were still adjusting to whatever happened to them. Her umbrella was held like a sword as she charged the unarmed Wuying. She struck without mercy toward his vital points. Wuying arrogantly smirked as he effortlessly dodged the critical attacks.

The same couldn’t be said for his transitioning leeches. This forced him into engaging all three of the women at the same time to defend the leeches. Usually, when a person is tasked with taking on multiple opponents, they’d be quickly overwhelmed unless they were at a superior cultivation stage. However, Wuying Tang didn’t hold a cultivation advantage over his opponents.

The only obvious advantage he held was speed. Nothing but pure overwhelming speed that allowed him to react at inhuman times. For every three attacks coming his way, he could send six attacks back in the same speed! So, instead of Tang being overwhelmed in a 1v3 situation, it was as if an equal number of Tangs were contesting with them. This was the power of acceleration qi! The blessing of Tyanir, the God of Acceleration!

Somehow, Jie slowed Wuying’s movements! Jie and her teammates quickly pressed the momentary advantage given to them. A grimace appeared on Wuying’s face as he understood what just happened. This little bitch took control of the wind he was pulling in with his boomerang up above!

Tang motioned for his weapon to return to him as he received numerous little wounds from the opposing team. It was time anyway. These weaklings sure took their time. He barely shared any of his blessing with the two. If they tried to wield his boomerang, they’d probably explode into a mist of blood!

With a single swipe of his caught weapon, Jie and her teammates were forced to give distance. Seeing the newly awakened leeches, Jie knew they couldn’t lose this offensive advantage. She couldn’t boost the abilities of her teammates like Wuying apparently could. Jie began to spin her umbrella in her hand until it turned into a blur.

The wind stolen from Wuying allowed Jie to form a massive spiraling tornado around her team. Elders quickly formed a barrier around the stage to prevent anyone watching to be sucked up into the ring. Tang clicked his tongue as he saw his teammates unable to resist the suction of the technique even after being blessed. This bitch isn’t so easy...

Tang took one of the arrows from Leech #1 as he crouched low to the ground. He infused his acceleration qi into the arrow as it hovered above his hand. The arrow began to spin at unbelievable speeds until it reached its breaking point. The metal tip was on the verge of shattering from the infusion of so much qi flowing through it. Leech #1 & #2 were already lifted off the ground and soaring their way toward the tornado.

An ear-piercing shriek harshly assaulted the ears of everyone in the tournament. Very few people could actually see what was taking place in the ring due to the fierce winds but those who could were shocked. The seemingly teleporting arrow sent by Wuying was blocked by Jie! However, her right hand could no longer be used from blocking the impact of the arrow! She dropped her umbrella as her arm fiercely shook from the aftershock of the attack.

“That was really fast...” Jie muttered in discontent.

Jie didn’t let this affect her too much. It just showed her how much more training she needed if something like that was enough to temporarily disable her. Hu Tao would’ve easily handled something like that without being affected like her. Even if he was, he’d still be no less strong because of it.

The massive cyclone dispersed as Jie lifted her weapon with her unaffected left arm. She locked eyes with the boomerang-wielding Rising Dragon. With a deep breath and a flick of her weapon, ice, snow, and frost began to spread from her umbrella. Wuying hefted up his giant boomerang over his shoulder and got ready to move in with his leeches.

Bio: I'm a toxic person whose also a newbie writer. Let's see if i can get anywhere with this.