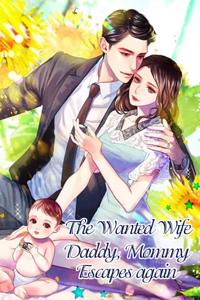 C12. Please Ask Miss Li to Go with Us

Click to read all the updated chapters of The Wanted Wife: Daddy, Mommy Escapes Again!

After finishing the inspection in the hospital, Florence is so tired that she falls asleep soon.

It’s already the morning of the next day when Florence wakes up. The nanny comes in with a new set of clothes and puts it on the bed, reminding her, “Mr. Si is waiting for you to have breakfast with him downstairs. Please go downstairs after changing clothes.”

Florence looks at the suit. It is CHANEL, what she used to favor. She has never touched such an expensive thing for four years. She feels somewhat unadapted and asks, "Where are the clothes I wear when I came ?"

Brian is drinking coffee in the dining hall. He hears the footsteps down the stairs and raises his head slightly, only to find Florence with the extremely ugly waiter uniform rather than the dress he sent just now.

His eyebrows are raised despite himself. He puts down the cup in his hand and stares at her with a cold voice, "This is not your entertainment city. Who do you dress up like this for?"

Florence doesn’t want to provoke him to be upset early in the morning. She looks at the breakfast on the table and says, "I haven't been to work for several days. I want to submit my resignation today."

“Nelson was taken back to B city by you, so I want to go back with you. I know that even if I prosecute you, I can't win, but I beg you to let me see my child at least at any time, can I?"

She is low into the dust, but Brian is not happy still.

"Call Rodney to send you there."

The news that Florence was taken away by Brian caused a huge uproar in Mengyu Entertainment Club. At this time, she comes back to resign with someone at her side, which is inevitable for her to be talked about.

After finishing her resignation procedures, she originally wants to go to the staff lounge to bid farewell to Ruth. After all, they entered Mengyu Entertainment Club and got along with each other well. Florence is somewhat reluctant.

But waiting for her to go to the employee lounge on the basement floor, but in the hallway she runs across a few strange faces that she has never seen before.

She thinks they are the new employees recruited by the entertainment city in the past few days, but she quickly reacts that here is a female employee lounge, and the male staff can not get in.

Realizing something eccentric, she turns subconsciously, only to find the people behind her come up.

Sure enough, they are waiting for her...

She doesn’t have a mobile phone, and her physical strength is definitely worse than a few big men. She clinches her teeth, stops and turns around. She looks at them calmly, "You look for me?"

They did not expect that Florence would be so calm, and the several people are obviously stunned, but the person who stands in front of them quickly comes back to himself and says unemotionally, "Miss Li, please go with us."

She looks up at the camera in the corridor and takes a breath, "Take the way."

Florence is taken out from the back door and gets on a black Audi. As the door is closed, she stares at the person who takes her into the car.

Although she is not sure who the person is, he can not be her enemy. The car has been in the city center for a while, passes the toll booth and drives out of the downtown.

She is like a frog thrown into warm water and slowly begins to get nervous.

Until entering the suburbs, the car stops in front of a European-style house. Just as she looks carefully around, the person who brought her here takes her out of the car.

She is not a coward, but the scene makes her a bit nervous. Intending to be calm, she gets off the car and enters the house with some caution.

The house is very big and splendid, and when she enters the door, a faint floral fragrance envelops her.

She finds a person sitting on the sofa in the living room with his back towards her, who is somewhat familiar to her. Just as she is looking for memories in her mind, the man turns back with a smile on his face, softly saying, "Flor, it’s me."

Welcome to read next chapter The Purpose of Austin’s Return ahead.