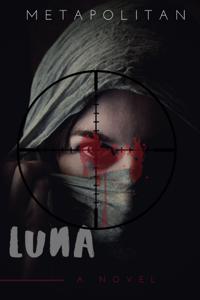 Remove Ads
Previous Chapter
Next Chapter
A note from Metapolitan

The truck loaded with the deadly Novichok slowly pulled in. Time for the action

Major stands in the carriage. White vapor wraps up his body. He checked the equipment for the last time: a dagger, a submachine gun, a radio transmitter, and a C4 detonator. He closed his eyes, his muscles trembled with excitement.

So here goes the plan: Molotov will stay inside the jeep, covered by bulletproof glass, cuz he's a cautious coward. No normal weapon could make the penetration, except for the TAC-50. When Lieutenant Fox takes the shot and she will shot to kill, he will take the warhead out with the asset's vehicles.

He had faith in her, resemble the same faith in himself.

"Colonel, the goods has arrived." Ilich Subokov beckoned to his men when seeing the truck parked nearby. "Keep on alert, and anything suspicious must be reported immediately."

Still at the hospital square, the quarell continued. It seems the relationship between Molotov and his new friend had vanished.

"Colonel, we are so disappointed about your attitude! With a reputated man like you as a guarantor, we should have thought……. "

"On our previous contract was clearly written," Molotov loudly interrupted the asset's argument, "Euro, all Euro! The valid cash, which immediately transformed into arms, personnel, and supplies! But what are these on earth? "He slammed the suitcase, and the cash was crudely spilled on the floor." Who's going to take the ruble now? "

"Listen to me. Please listen to me." The little man explained with dry lips, "Our company has recently been involved in a financial dispute from abroad. You know it. The Federal Taxation Office has been monitoring our money flow for a long time. We can't afford to put out too many euros, the only $2 million, which we took out from more than two hundred accounts. I vouch for the credit of the company------"

"With all respect, sir," Molotov interrupted the man. "Our cooperation has always been perfect. We have changed the address according to your requirements. In consideration of your trouble, we agree to reduce the price. But I must think for myself and my soldiers. Sir, when your government destroyed my homeland, you destroyed her credit, too. We need money of value, euro, dollar, Chinese yuan, gold and silver, anything, but DON'T, TRICK ME, WITH THAT."

"What is up, Ilich?” Molotov asked, with a sudden alert voice.

"No," Molotov said, "The business is over. Take the euro, and kill them."

The asset blanched. "Wait......wait! Things don't have to be like this!" he looked to Molotov, then turned to the arriving truck, as if it could plead for him, "I will call my boss......please, I'm not the one who made the decision, I'm just a messenger!"

"Your boss?" Molotov laughed, "I suggest, why don't you could talk with him, face to face, then we know exactly how you make the agreement. Ilich, open the cargo. We have a new aquaintance here."

He closed the door. Before the asset and his bodyguard figured out, Ilich, with 5 armed men, targeted at the cargo.

"Put your weapon, down to the ground! Now!"

"Do you see that? They captured Major!"

Through scope, Major throw the weapon, took off his helmet. He was forced to kneel down.

"Should I take the shot?"

"I can't leave him in danger!"

"Calm down. Major don't give signal, that means he's not ready yet......he might, want to have a talk with Molotov."

"Well, then, Major, the legendary Agent Bloodhound, or Mr. Song? Doesn't matter. You have plenty of avatars."he said, “But, it's an honor to have met you, in person. I think you're not lucky this time.”

"You'd better save your energy,” Major said, pursing his lips. "It is a waste of time to catch me alive.”

“Kill you?” Molotov smiled, contemptuously, revealing his blackened teeth again, "Many people in the world are waiting in line to take your head. I'd rather leave you with the CIA and AGI for a better price. But, Major, let's be frankly. You have a really special skill, something I used to aquire. I want you to do a job for me, job that I can handle if I am 20 years younger."

"You are looking for the wrong one," Major said, "as I said, you are wasting your time."

"Don't you have family, son? Don't you care about someone around you? If I leave you die here, what will she do?”

He paused for a while

"Your daughter. Do you still remember? How old was she, when you abandon her?”

Major glared at Molotov, his eyes nearly popping out.

"We know where she is," Molotov said with a strange smile. “I think, she might persuade you to make a decision, which is good for both of us. "

Major rose abruptly, slammed his forehead against the window. Ilich knocked him down with the buttstock.

"Try it again, bastard." Ilich trampled against Major's chest, pointed the rifle at his face, "I'm gonna blow up your chins."

That's what he called "signal"! Countdown has been set, he could almost feel the recoil of TAC-50 1 mile away.

A bullet screamed with a sharp whistle through torn air, with hot trajectory hit straight into the asset's head, and hit the jeep on the side of the iron sheet, making the “click" of the crisp sound.

With a splash, the body of informant fell upright, spilling over with blood.

Major made a prompt reaction, twisted Ilich's hand, pulled out the dagger and slashed it at his wrist. The blade cut the tendon. Ilich let out a wail of pain and loosened the grip of gun. Some of armed men raised their guns, but their necks were cut off. Major's movement was like lightning, nobody gave a resistance. The gunfire soon died away.

Major drew the dagger, saw Molotov and his trusted followers bowing his head and hidding in the jeep. He ducked crouching behind the cargo, picked the SCAR L PDW, and slammed bullets into the jeep's wheels, body and window.

However, 5.56 NATO bullets cannot actually penetrate the bulletproof glass at the distance. The 30-round cartridge emptied, and the jeep, with bullet holes all over its body, was still trying to escape.

Too late. The car turned a corner and disappeared.

The anger rose inside Major's chest, almost exploding his body. Molotov ran away. All the sacrifices are in vain.

Major picked up the radio.

"Command, this is Bloodhound. We're on our way to the extraction point. Over. "

"Be careful!” The voice from the command office was very anxious. “UAVs shows a large group of armed men gathering nearby. They are closing in! Helicopter can't stay here long, you have ten minutes only! Good luck, Major!”

"A bullet screamed with a sharp through torn air, with hot trajectory hit straight into the asset's head, and hit the jeep on the side of the iron sheet, making the “click" of the crisp sound." I think this needs a bit of a re-write - I get the idea behind it, but there seems to be a missing word after 'sharp', and I'm not quite sure how to parse 'making the "click" of the crisp sound'

I don't have too much vocabulary for that...emmm I guess is like some sharp noise like a whistle piercing through air? That's all I can describe, and that's why I use dialogues more than show scenes

I get the meaning OK, but it should be something like "...with a sharp whistle through torn air...".

Thx for the advice, I'll change to that~