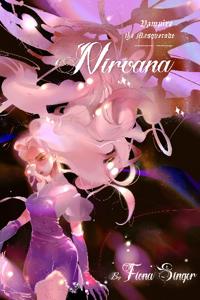 *A rewrite based on the White Wolf video game Vampire: the Masquerade Bloodline, but with major adaptations and is intended for readers who don't know the series, be advised to treat it as a brand new work instead of a usual fan fiction.

Chasing after a shadow from her past, Leona entered the world of the mystical blood-thirsty undead, but the awaiting danger is far greater than she could ever imagine: the grand game of politics, the battling sides of humanity and beast in their nature, and the brutal Jyhad in the modern nights...Lost and afraid in this chaos, she has to continue on this path--because there is no going back.

*Cover Painting and Design by 2cyan, All Copyrights Belong to the Artist.

Reviewed at: 02 Bare Thy Teeth

It has a few phrases here and there that feel awkward to me, but overall, its good. Not my cup of tea, but definitely an amazing read for its genre.

Reviewed at: 02 Bare Thy Teeth

Story is perfect 100% with no downside, no need for improvements at all. Sara, now go back to writing.

A Sandwich who never reads Vampire novels does now.

i have been read all the chapter up to 29, it is good story, the grammar is good (i am not english speaker so i don't know) but it is easy to read

the story is about a girl who haunted by her past unable to move on, until she met a certain man that bring her to underworld

it is nice story give it a try

Reviewed at: 38 The Undead In Social Season

I never knew much about the Vampire:the Masquerade series, except that it was well received by many. Yet this fanfiction kept me captivated, despite knowing little to nothing about the lore or the series in general. Safe to say, it’s very approachable for newcomers like me, and a real treat for the fans of the series. But enough sweet talk on my part, let’s get to the details.

Fiona writing style brimmed with captivating descriptions of settings and atmosphere, there’s always a sense of place and mood in every chapter she wrote. Each line flowed smooth like blood dripping from a pale cold neck, so I don’t myself needing to stop and do a double take as often as many other writings on this website. Actions scene was well put together in a sense that it’s not completely impossible to follow and it’s not dull like piece of wet cardboard, it was at the right balance where it won’t overwhelm the reader or make them feel bored.

Grammar seems to be top tier in this website, though it doesn’t really take much to reach that level if i’m being honest. Good job on using punctuation properly.

In this story, we followed a girl with somewhat of a tragic past, haunted by guilt and hollowed by grief. I have a soft spot for mc that started with little to nothing, it’s enjoyable to root for them in their struggle and watch them grow into something greater. I could tell that Fiona took the extra time to explain the world and the lore of the story as she mentioned that her work was intended for readers that don’t know the story, for me to do something like that requires passion and zeal that only the few have. Another thing I could praise fiona for was the ability to create and maintain action, never a dull momet while reading this.

I’ve enjoyed the characters in this story, they have personalities, traits, goals, quirks, everything a character needed to become memorable. I loved how each of them have different speech pattern, moral standpoint, and values, and I simply could not praise Fiona enough for taking the time to painstakingly weave each of these characters into her writing. It’s not an easy task to create characters that actually stand out, or to avoid them becoming a wet piece of cardboard cutout with personality of a stale piece of white bread. Overall, well done on the characters, I could almost remember all of them and how their impact on the story.

In conclusion, this novel is what I would proudly call “A passion project.” Despite that term has been used one too many times to describe many mediocre work, i think it hold true and proud on this one. In the near future, i hope to see more of fiona’s abilities and “assets.”