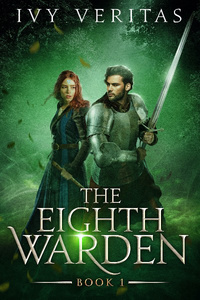 The fox jumped down from the low stone wall behind the compound, peering around to make sure nobody had seen him. The grounds were kept neat and tidy to impress visitors, with short green grass and only a few shrubs, so he darted quickly across the lawn and hid behind a rain barrel that stood near a door. He paused to sniff the air as the smell of something cooking wafted from the kitchen.

The door suddenly swung open with a crash, bouncing off the side of the barrel. A young girl came out with a wooden bucket and tentatively dipped it in the water. The fox crouched down, avoiding her sight.

“Milly! What have I told you about the door?” The voice came from inside the building.

“Hurry up with that water!”

“There are dead bugs in it!”

An older woman joined her. “You’re just washing the mud room, girl. It’s not like you have to drink it. Give me that.” The woman took the bucket and plunged it into the water to fill it, then handed it back to the girl. “Now, go help Celia with the cleaning before the Prince’s party gets here. The older girls are too busy getting ready. Don’t run and get water all over the place!”

The fox followed the two into the building, making it inside before the door swung closed on his bushy red tail. No other people were nearby, so he began exploring, following his nose and ears. He avoided the noisier areas, but paused to sniff at the entrance to the kitchen before regretfully continuing on his way.

As he reached the far wing of the building, he was almost taken by surprise when two older girls came out of a room ten feet in front of him.

“I don’t know why we have to get ready. Everybody knows the Prince is going to pick Moira.”

“Not necessarily,” the second girl replied. “Maybe he doesn’t like blondes.”

The first girl, a blonde, glowered back at her. They entered a room on the other side of the hall and shut the door behind them.

The fox continued down the new corridor until he reached a door at the far end. Nudging it open, he sneaked in. There was another girl inside, facing herself in a mirror. She wore a nightgown, and was counting out the strokes as she brushed her blonde hair.

The fox crept over to a small writing desk that stood against one wall. The chair stood over to one side, and on the seat was a clean white dress in a neatly folded pile. The fox leaned his body against the chair’s legs to push it up against the side of the desk, stopping every so often to make sure the girl hadn’t heard him. When he had it where he wanted it, he leapt up onto the chair and then to the desk, which held a half-finished letter, a quill pen, and a bottle of ink that had been left unstoppered.

He sniffed the bottle, then nudged it with his nose until it reached the edge of the desk and fell off. It landed on the dress with a quiet whuff, the black ink pouring out. The fox jumped down and hid under the bed just as a woman entered the room.

“Moira! What did you do to your presentation dress?”

“What? Sister Bela—” The girl turned to her dress, shrieking when she saw the puddle of ink. “No. No! I can clean it!” She grabbed the dress and scrubbed at the stain with the nightgown she was wearing, knocking the bottle of ink to the floor in the process.

“You’re just making it worse,” the woman said. “Why didn’t you leave it hanging up?”

Moira started crying as she gave up her efforts. “What do I do now?”

“I’ll help you start a new one tonight, but for now, you should stay here. I need to gather the other girls for the Presentation. The Prince’s carriage has arrived.”

“How? We’re starting the ceremony now. Even if we managed to find a spare presentation dress lying around somewhere, there wouldn’t be time to clean it and alter it to fit you.”

“I can wear a different dress!” the girl said desperately. “A regular one!”

The fox tensed as the woman appeared to waver.

Finally, Bela sighed and said, “No, Moira. I’m sorry. We held you back from other Presentations just so you could be here today, and now you’ll miss this one due to your own carelessness. We have standards to maintain, and I can’t break the rules for you.”

The girl collapsed onto her bed, unable to form a reply.

“Please stay in your room until the ceremony’s over,” Bela said. “Don’t disrupt things for the other girls.”

As the woman left the room, the fox followed her.

What have you done, Fox? You’re not allowed to interfere!

Fox had been expecting to hear that voice in his head, though maybe not this soon.

I am not one of you, Lady. I don’t play your games.

It is not a game, and your tricks have gone too far this time! Everything I’ve been working for is lost. You’ve ruined it!

Have I, Lady? Did you really want the life for her that she would have faced with the Prince?

Sometimes you must lose the battle to win the war.

What? What does that mean? Fox, speak to me! Tell me what you mean!

But Fox had stopped listening. That wonderful smell from the kitchen had drifted past again, and he decided to go see what it was.

Five days later, another carriage came to a halt in front of the compound.

Lord Ansel, Baron of Tarwen, turned to his wife. “Are you certain you wish to do this?” He and Isabel had only been married for six months, and seeking out a concubine this early seemed like a bad omen. While concubines provided more than just companionship, their training in languages and etiquette was more in demand among the nobles and rich merchants in the city. Country lords had less need for those skills.

“Yes, love,” Isabel said. “You are gone much of the day, and Lady Tammerly only ever discusses her daughter or the current crop of potatoes. My only friends on your estate are Magda and Cook, and they’re not interested in talking about art or literature.”

Ansel nodded. The Tarwen lands were in a remote valley deep in the Black Crow Mountains, on the eastern edge of the kingdom. Isabel wasn’t accustomed to country life. He’d first met her while he was wintering in Telfort, representing his family in the capital city. Before he could return for a second winter, though, his father had fallen ill and died, and Ansel had been stuck taking over the barony. Worried Isabel might meet someone else, he’d sent letters to her and her father, and had been relieved to find she was willing to listen to his suit. Although he’d told her what the family lands were like before they married, he knew the reality of it had come as a shock.

He helped his wife from the carriage, then turned to face the woman who’d come out of the main building to greet them.

“Good afternoon, my lord. I am Sister Bela. Welcome to the Highfell chapter house of the Three Orders. How may I help you?”

The Three Orders were a group of closely allied organizations established to train concubines, among other things. Since the institution had been founded on the far side of the continent, Highfell was the only chapter house that fell within the kingdom of Larso itself. There were other groups that taught concubines, but the Three Orders had the best reputation. Plus, Highfell was near Ansel’s own lands.

He introduced himself and his wife, then explained their situation, finishing with, “And so, we would like someone to keep Isabel company.”

Sister Bela smiled. “We’re happy to do a full Presentation ceremony if you’d like, but if you don’t mind me saying so, I think I know just the girl.”