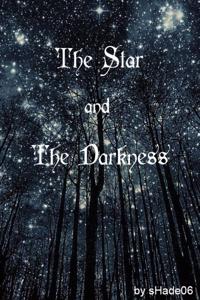 The Star and the Darkness

“When the darkness is at it’s darkest, a star shines brightest.”

Humans look up at stars in admiration for the way they shine, but when a star falls to the earth do humans still worship it? What will happen when the brightest star is thrown from the sky into a place she knows nothing of? Praised like a goddess in a temple? Hunted like a prized deer? Devoured by the beasts of the wild? Or maybe something else?

A creature that should have been left asleep walks the earth in search of that which was his, restless and unyeilding.

while there are only 4 chapters the sizes more than make up for it (they're huge for a new book). I can't wait to see more. i will add more when more is uploaded.

Since its a new story, there is a lot to expect from it. I did enjoy the 1st chapter, with an interesting way to present the characters. Since I'm a sucker for medival and high fantasy stuff, I will be reading this. I'm curios to see where this will go and how long I will be hooked by it. The chapters are action packed, there is almost no chapter without a fight at least. Some more detail could be added about fights or maybe made them a bit more simpler. The chapter size is just about perfect for someone that enjoys reading, release time isn't bad. I'm actually surprised they are being released so often.

For style, I think its pretty straight forward in some parts, but its an interesting way to put it. In an age of chinese light novels with their high level of metaphors and expression, some simplicity is more than welcomed. At least for me. So I'll give it a 4 stars, since there are places where you could use some.

Story so far is nice. Pretty good for my tastes at least. And since its a new story I will be giving it a 5/5. There is a lot of room for improvement and I'm looking forward to it. But I will return and change the score if its going to start lacking in certain parts or falling off.

On the grammer part, I didn't see that many mistakes, most of them seem to be beginner problems and most likely from re-writing. But i will give it a 4/5 since there are too many "I" that are not capitalized.

There is a lot of detail on the characters aspect and the way they are dressed. But sometimes that's a bit too much on some of them or its repeating what was previously metioned. Its good to have high details about characters, but only the main ones. I might be wrong about it, but some side characters had just as much detail if not more than the main one so far. I'll be giving it a 4/5 for that, will change it later as well if it proves to be my bad.

As an overall I'm going to give it a 5/5 to encourage the author and hope he will improve with time.