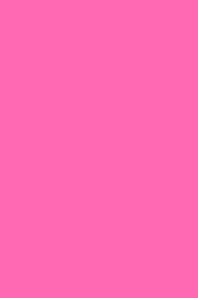 Remove
Original HIATUS Drama Romance Sci-fi School Life Slice of Life Supernatural
Best friends Lilly and Rea have been inseparable since they first met at the local park years ago. On the tenth anniversary of their friendship, Rea makes her true feelings clear. In the weeks following this development, strange phenomena have begun to occur around Lilly. This slice-of-life story follows two girls exploring this new change in their relationship, while also dealing with the bizarre happenings around them. Will their bond survive â€˜these days'?

On royalroadl I'll be uploading only the chapters that directly pertain to the novel's plot, as such things like Chapter 0, Side Stories, volume titles, future illustrations and other misc. materials will not be available on royalroadl. For the full experience in full, please consider checking out the website the novel exists on:

Thank you for understanding.

Review for the whole story (Mostly not on RRL yet)

"Appearances can be deceiving" is a very hackneyed phrase, and I regret having to use it, but it’s difficult to summarize "These days," without expressing the sheer surprise of what this story starts as, and what it eventually turns into. I imagine that going too far into detail would be mean-spirited spoilers, but when your story starts as a slice-of-life romance and has a complete genre shift a third of the way in, it’s probably important for readers to know what they’re getting into.

So as I said, the story is about two middle school girls who have begun what is the inklings of a romantic relationship . . . but shortly therein, curious fantastical happenings begin to pop up. Unexpected telepathy, unexplained body swaps, that sort of thing. It quickly ramps up from there in way that can only be described as manga-esque.

"These days," is clearly an homage to the frenetic and deadline-fueled world of shounen and shoujo kids’ mangas, where supernatural events pop up in bizarre places, psuedo-scientific explanations are given for every random event, and the story is constantly hinging on the next cliffhangers. The story is structured in just the same way, with every chapter or two feeling like an issue of a comic book, and the story as a whole divided up into "volumes"— three so far.

The story gets decidedly wacky as it progresses, and luckily it keeps a sense of humor about itself and never goes too self-serious about any of it. This IS a story about girls trying to kiss each other and then being forced to solve supernatural mysteries, after all.

I would recommend the story pretty highly to anyone who enjoys this type of manga-esque entertainment, especially since "These days," is a very quick read, but— the story is in pretty rough shape. The writing in the early chapters is decidedly poor; the prose is egh, the dialogue is sometimes clunky, and the tense changes between past and present without any warning. My hypothesis is that the story was written as a script first, and adapted into a novel afterwards, and a lot of the tense shifts were just remnants of the old version. But either way, the author would do VERY WELL to go back and edit a lot of those early chapters, because it’s a real issue that makes the first third, maybe even the first half of the story really tough to get through.

Unfortunately as well, the story, which very sporadically updates already, appears not to be in very active shape— there hasn’t been an update in over two years at this point, and the story leaves off on an unresolved note. Will we see more of "These days," in the future? It’s tough to say but I sure hope so.

So if you’re looking for a quick read, and you want to power through the very messy early chapters, you might find something pretty enjoyable on your hands. It’s pretty darn fun.