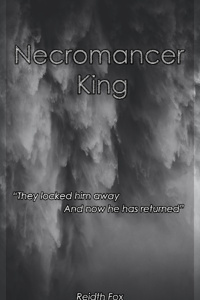 Sometimes, you just want to release your pent up anger form real life. And one of the best places to do it is in a game. Ever since its launch, World of Aingarrth allowed players to fulfill their wish. Do you want to be an asshole? Go ahead. Do you want to be a shiny white knight? You do you. Players are free to choose and define themselves in the brand new VRMMORPG.

It takes the world by storm. Not only by how unique the MMORPG is, but also because there is roleplay mode. It allows people to set their own settings, either fantasy towns, schools or even graveyards. Then, choose scenarios that are going to happen, like getting married or saving a princess. They would then play as the main character, and the story adapts to their decision.

Kei, a 29-year-old corner store clerk, decided to try it out. He has enough of his plain boring life, where many people treat him like trash. Each time after work, he would spend hours playing the game, even if it means he must sacrifice his sleep. He sometimes plays the roleplay mode, but he is more attracted to the MMORPG mode

His passion inspires a certain guild leader, who takes him in and makes him his vice. With his help, the guild slowly builds up, until it gets to be the biggest villains guild in the server.

One day, after work, Kei is about to launch the game when he fell asleep.

When he opens his eyes, he is surprised to find himself laying on a pedestal in a tomb.

With a girl kneeling beside him.

He didn't realize he was transported to another world.

Nor that there were others who were transported there too.

A/N : The story is being rewritten.

Photo by Mike Ko on Unsplash