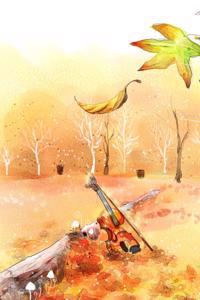 In the beginning, I used to leave "messages" in the street. Neat, flowery things etched in ink and charcoal and soul essence, which glimmered like so many stars when scattered over road ends and street sides. A beautiful spectacle reserved for one.

Now, as I reminisce, it was all a hopeful fancy. Nothing more than a childish yet amusing pastime borne of the inherent need for mischief. The daily ensemble of humans, gathering for work then returning home, they’re so dully repetitive, yet so amusing to watch. Why, how absolutely hilarious it is when they come across my messages, to their eyes a monstrosity of ink and charcoal and otherness, then reel back in shock and horror with eyes wide and searching and hands wringing in fear and looking everywhere for an invisible assailant that they would never, never, never find. A beautiful spectacle reserved for one.

They look everywhere, except at me.

I remember the first time I tried to make contact. He was a son of a teacher, thin and scraggly with a fondness for animals and a penchant for chewing gum (much to the annoyance of his father). It is curious how offspring can turn out so alike, yet so different from the parents who bore them, and even more curious still the fascination one can find in observing so innocent a gathering. The sister’s banter over the dinner table, the father’s enthusiasm in chess, the mother’s beautiful, beautiful singing voice. And the son! The son, whose name I can no longer remember, showed a most gentle affection for birds. The feathered critters knew him since he was a young child, and my, what a sight it was to see them flock to him without the smallest hint of fear. He brought them food, they brought him musical displays of colour and song. It was always in the depths of the woods, a beautiful spectacle reserved for one.

Sometimes, I like to think that our eyes may have met. Just once, that time when his fingers brushed over the etching of ink in the spare study upstairs. So close, so fleeting, and so easily a figment of imagination, yet I almost felt sad for the fright that the message gave him, as all my messages do. Somehow, his tumble down the stairs wasn’t as funny as the others were. It was disappointing, in a way.

Young as I was, still alien to intentions besides mischief, I resolved to scare the boy until the disappointment went away. Still curious, unable to let go of the phantom feeling that our eyes may have met, I followed him and left messages in nooks and crannies all around him, slowly finding the usual amusement at his terrified reactions again.

But why was it that he wouldn’t ever look at me?

Why was it that he could never see me?

Why was it that nobody ever could?

Why, what came over me when I left that last message? Why, what was I thinking? Knowing that the roads were dangerous, yet still tormenting the poor child as he crossed it?

I clearly knew that humans die when distracted on roads. I knew that. Yet why didn’t I think that my act would lead to tragedy?

The undertaker dressed him up in lovely black cloth, hiding the four fractured ribs and punctured lung beneath its layers. He slept in a coffin of satin and oak, his pain brushed over with paint and powder.

"So serene and peaceful," the humans said as they mourned "like he would wake up at any moment."

It was funny, how parents that so often complained and regretted having a child could cry so freely when they are finally gone.

And yet, with the heavy weight of such an atrocity on my invisible back, why was it that I could escape retribution? Why was it that, no one, no one, NO ONE could ever meet my eyes again, see me, bring me to justice for this act, even as I shook and cried and screamed “It was me! I killed him! I’m so sorry, I’m so sorry, so sorry!”

“It was my doing, please say something, ANYTHING!”

They couldn’t, of course. No one could.

Why does nobody bring me to justice?

Why does nobody see me?

Bio: I don't know. I've probably dozed off somewhere as you're reading this.