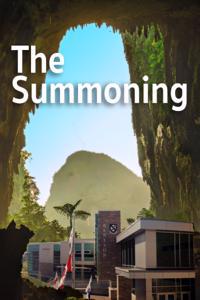 This story has a unique twist to the summoned/Isekai genre. We're dealing with a dorm of college students here that was summoned to a magical / litrpg realm. But unlike most other isekais these guys weren't summoned to fight the demon lord, but summoned by a dungeon to serve as its minions (including respawn).

So far the students are still in the preparation phase before the dungeon opens their area to adventurers, but it's become obvious that the main protagonist is the hardass politician type of leader. I'm getting a bit of a slimy feel from him, but I suppose that's realistic in a way since that sort of person always seems to float upwards. Not someone I'd like to be friends with though.

Overall much potential and the author mentioned he's going to update soon.

A group of around 100 university students from a wide mix of courses are transported with some university buildings to a cavern in a magical dungeon where they become, contrary to what experienced RRL readers would expect, not adventurers but instead dungeon mobs. And soon native adventurers will arrive to slaughter them for the sweet sweet XP they give. Oops. Luckily there is a skill system in place where the weak humans can buy some skills (from weapon proficiencies over magic to crafting) to increase their survivability and if that doesn't work, there's a respawn option. But how useful will that be against experienced murderhobos? And against the other, hostile dungeon mob factions? And against those among themselves that will stop at nothing for personal gain? That remains to be seen...

Style and Grammar: The story is told in third-person internal style from a single point of view (Robert). Descriptions are fine but not great, sentence building and word choice are nothing special either but better than average. Grammar is okay. There's a number of typos in each chapter but the chapters are quite long so it's not that bad. The LitRPG system is very wide (many stats, very many skills) but the focus is not on the numbers.

Story: If you've been on RRL for a while you have read your fair share of stories with isekai'd heroes and some with humans isekai'd as monsters. But have you ever read one with a whole group of monsters as the protagonists? If not, then this will be your first. While the skills and fights and group dynamics described in this story are nothing new, the perspective of a large group of humans stranded on the receiving side of rampaging adventurers is unique. Most of the focus is on the MC, his handful of best friends and another handful of students that stand out from the rest. Still, the large number of side characters adds a variety of skills and personalities when useful, it would feel forced otherwise.

Characters: The readers know most about the MC, as we can see inside his head. While he takes a leading role for the students, he still struggles with the new situation they are in, coping not much better than most of the others. He's an okay guy but not without faults and not everything goes as he want. From how he acts not every reader will like him, which is a good sign in my opinion. The other characters are a wide mix, from totally scared and wanting to ignore the situation, over resilient and making the best of it up, to some that embrace the new world with a fever.

All in all, this story hooked me with the first chapter and hasn't let me go since. I really enjoy watching a whole group of people but without dozens of POVs. So many people that have to improve their skills to survive. I want more!

Great twist on an old idea

This is way better than I'd expected. It's been in my read later list for a while, and I'm really regretting not reading it sooner. The twist to the Isekai genre is pretty freaking fantastic. Hopefully the story isn't abandoned, it's very much worth continuing.

Great start to a dungeon story. It is at chapter 10 when I write this. I'm a fan of the author, "Twice Lived" is pretty good too.

This story is darker fair than I'm accustom to. A bunch of average college kids summoned into a dungeon, told that they are to be dungeon monsters, and that survival of the fittest is the law of the dungeon. The story is being on the wrong end of an evolution dungeon. I’m interested and it feels a little more real than the standard isekai “I’m great at everything” plot. The stakes feel high.

The writing is clean, good grammar and spelling. Magic system and dungeon mechanics seem thought out and are interesting. Character conversations are readable and sound natural.  The range of reactions from the characters, in particular, feels believable.

For me, this is an exciting new world that I want to know all about. I really recommend it for people who don’t mind a little darkness (and a little hetro-sex (ick)).