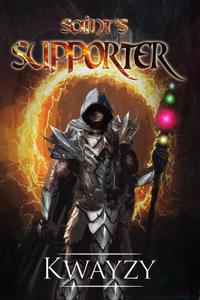 Chapter 2 - Many questions, no answers

The instant the old man’s fist hit my chest, my vision went black. I didn’t even feel any pain as I dropped to the floor. Everything that had happened crashed down into my head again as I fought to regain my strength.

That damned goddess. She said we were safe here, and she lets this happen?

After a few seconds, I pulled myself short. I had named her as a goddess internally, but she had never used that word to define herself. The fact she could float around without a care and oversee our transfer to a new world didn’t specifically mean she was a deity.

But she was near enough to one compared to the current me.

After another ten minutes of irritated contemplation of my own relative strengths, a bright burst of light blasted away the cloak of darkness on my eyes. I blinked several times as I pushed myself to my feet.

Or at least I tried to.

All of my strength had vanished, replaced with an overriding feeling of weakness. My arms buckled beneath me as I crashed back to the floor with a thump.

“Dammit…” I muttered after my head slammed back against the hard wooden boards. After my vision cleared, the roof of my new home revealed itself. Compared to the beautiful vision of the last room, the simple wooden tiles above me seemed out of place.

My strength was returning bit by bit, but I still couldn’t do much more than push myself up a few inches before I dropped back to the ground.

As I tried to move again, a new pain jabbed at me. It was as though something was digging into my chest, right at the point where the old man had hit me. With nothing better to do, I decided to investigate.

After I pulled my shirt aside, I wished that I hadn’t made the effort.

My chest was marred by several ridged marks. Four in total, which made sense, seeing as it would have been created by the old man's fist. There was even the mark of a ring on his middle finger, its peculiar design inverted and twisted in my skin.

Obviously, the first response would be to panic. But for some reason, my mind couldn’t quite catch on to that idea. It was as though some of the higher functions had been locked away, leaving me with only the most logical parts of my brain to deal with my current situation.

Right, so I’m not dead. I can deal with this later.

The floor beneath me was smooth and cold. The wooden boards fitted together seamlessly with no hint of a gap or ridge along its surface. A large table stood at the far corner of the room, its surface hidden from view. One object lay on the floor which may have fallen off the table at some point.

It was a large branch, or maybe a staff. Whatever it was, it matched my needs exactly. I swung my leg out and pulled it towards me. After it had moved close enough, I grabbed onto it and prepared to use it as a prop.

**Weapon selected. You have one minute to confirm your decision.**

I dropped the staff as the voice sounded out. A quick look confirmed no one had appeared. It didn’t help much as I recalled the conversation and how that had ended up.

At least the person who spoke to me now wasn’t close enough to hit me, as far as I could tell.

The staff was still close enough, so I picked it back up. The voice didn’t respond any further to my actions, so I ignored it as I pulled myself up. The table came into view as I rose from the floor, its surface covered in all manner of deadly looking weapons. Swords, knives, bows, spears… you name it, it was there.

I glanced around the room again. Whoever had spoken to me didn’t seem ready to reveal themselves, so I decided to let it go. It took me longer than expected to make my way to the table. My pace slow was as each step sent a jab of pain through my body, which made me wince again and again.

I reached out towards the table but as my fingers brushed against the nearest hilt, all of the weapons vanished in an instant. I blinked rapidly, sure that it was a trick of the light for several moments before it sunk in.

**You have selected the multi-use weapon. Please wait for everyone to finish their selections before you continue.**

The weapons had disappeared. Maybe it was because I had ‘selected’ the staff?

Just my luck… Wait, that woman said we would select our weapons. Don’t tell me the others will come here as well?

I glanced around the room, but my gaze didn’t find a single entrance. The fact I had appeared here did little to help the wave of frustration in my heart. This room was far too small for such a large crowd of people.

They might have their own rooms. There’s still a chance.

But I had already ‘selected’ my weapon, so why had I not been transferred yet? There was always a possibility that I had to wait for the others to complete their selections, but it shouldn’t take that long, right?

After ten minutes, my patience snapped. My strength had returned to normal levels, so I picked up the staff from the table beside me and moved towards the nearest wall.

“Oy!” I slammed my staff against the wall. “Are you there? Let me out!”

It was a bit childish, but I didn’t have many other options. The wall wasn’t damaged at all by my strike, but luckily my staff was equally sturdy. As I raised it for another blow, the automated voice rang out once more.

**Congratulations, you have selec-**

“SHUT UP, YOU DAMNED MACHINE!” A man's voice echoed out a beat later as it interrupted the message. I grit my teeth and stared at the ceiling above my head. Whilst I didn’t know where the man was exactly, the idea that he was above me would have to do for now. “I guess I owe you an apology…”

“Damn right you do-”

“But you won’t be getting one from me.” The man cackled. “You just worry about yourself, I’ve already rewarded you for your help.”

“What help? What are you talking about?” I tightened my grip on my weapon. “Come down here and fight me, you coward.”

“Ha, refreshing. I like you, boy.” The old man was calm and jovial despite my challenge. “I guess you deserve a bit of an explanation, seeing as you helped me find my true target.”

“I helped you?” A chilly hand gripped around my heart as I realised what he meant. “You’re after that goddess?”

“Heh, goddess? I guess she is compared to you, huh.” The air in front of my face buzzed as the gruff man appeared before me. “Before that-”

His words were interrupted as my staff thrust into his face, quite literally. The tough wooden stick plunged through his head without any sense of resistance and continued onwards for a good distance past that.

“Ow?” The old man stepped to the side. His face remained in one piece as he moved, but my staff slid out of the side of his head like a fish leaping from a pond. Other than a few ripples across his head, he was undamaged by my attack. “Now then, as I was saying-”

“Shut it.” I darted back a step and pointed my staff at his face. “Stop projecting yourself, come out and fight.”

“No can do.” My opponent shook his head, though his beard did continue shaking for a few moments after he was done. “I’ve sacrificed too much on you already. I need to save my energy.”

“Save your energy? For what?” I was intrigued despite myself. This was the man who had pulled me out of a transfer between worlds, so he had to have some power.

“Well, I need to save a world, or as much of it as I can.” His beard ruffled outward as he sighed at my stupid question. “You can help. If you become strong enough, we can fight then together.”

“Wait, fight a god? Are you insane?” I slammed my staff into the floor to vent my frustration. “I just want to save my friend. Where is she?”

“Your friend? Not the others?” The old man tipped his head to one side. “Rather focused, but that’s fine. You just need to save them before they get pulled into the fight. Power is everything, right?”

I nodded. My view of the world had started to shift a little after everything I had been through. These people had been pushed from pillar to post, and no one had bothered to ask me what I thought of the matter. No one cared.

As my anger cooled a little, I looked over the old man again. After a cursory glance, one fact picked itself out which shocked me.

The hand that had smashed into my chest had vanished, along with his arm all the way to the shoulder. A loose sleeve hung at his side as he stared across at me. His eyes narrowed slightly, though I couldn’t tell if it was regret or anger.

“Keep a tight grip on that weapon. Its special, without it you won’t stand a chance against him.” He grinned at me and clicked the fingers on his remaining hand. "You won’t have long before they arrive, a few days at best, so make the most of it. Just remember, don’t trust her. You might not believe me, but she lied to you all the same…”

"What do you mean, she lied to me?" My grip on the staff tightened. The goddess had technically saved our lives, but the fact she was planning something sinister wasn't beyond the realms of possibility. I should have guessed, really. No one would be that kind without a reason.

"You don't need to know yet... We're out of time even if I wanted to explain it." My captor glanced at the floor beneath my feet and narrowed his eyes. "If your friends are still with her when I find her, they'll get caught up in our fight. I'll try to hold back, but the last time two of our kind fought an entire country got destroyed. That's not the sort of thing a mortal can withstand..."

“Good luck, I’ll see you in a short while. When we next meet, we should have more than enough time to go through everything.” He waved his good hand at me as a great pressure pushed down on the top of my skull.

Before I could ask any further questions, the whole room collapsed inward and crushed me into a single point. At least, that’s what it felt like. The fact that my mind was left intact was a small mercy but, before I could register what had happened, a tunnel of light appeared in front of me and swallowed me whole.