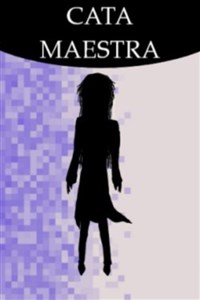 Fires rage throughout the city, illuminating the night sky a deep orange glow. I stand at the edge of a forest, watching it consume more and more. My heart sinks at the sight, cause it's hopeless.

It's all hopeless, fucking hopeless, we never stood a chance in the first place. So what if they couldn't find us in the city? Of course they'd burn the whole damn thing down. It's magical fire too, so I can't put it out.

I look over to the side. It's ______, my big sister figure. Her animal-like ears are folded down on her head. Seems like she lost her hat. Not that it matters anymore.

You say that, but I can hear you choking on your own words. And even then, I know when people are lying. You want to believe what you say oh so badly, but no matter what you do, you can't. You can't do it. It's so bad, you can't even lie to yourself anymore.

She looks down towards the ground, hiding her tears.

I clench my teeth and look up to the sky.

Haven't those damn freaks taken enough from me already? First my mom, then any chance I had for a normal life. I mean, the only reason I started trying to take them down was cause they wouldn't leave me alone. Is that supposed to be my fault? I've heard them call me so many things... "Nemesis", "Jester", "Wild Card"... the list goes on. It's like they see me as a threat.

Well, I used to think I was a threat too, but now I can't really say.

...I feel like all these years have warped me. I mean, I can't even look at another person without feeling bitter. They've got a home, they've got money, they've got-... they've got family.

It's just this stupid envy of mine. Because they have what I don't.

I look over to ______, tears streaming down my unchanging expression.

"Do you think it'd be best for me to just die at this point? To get it over with?"

With that question, ______ jolts up into the air. Before I know it, her arms are around me in a strong embrace, holding me tightly.

"Don't talk about dying like that ever again. Please. I don't know what I'd do if I lost you."

It's warm. Really warm. Something like this is really what I needed to hear right now.

"I don't know what I'd do without you either."

I start to raise my hands to return the gesture, only for the explosion-like sound of a sonic boom break its way into my ears.

Sensing a terrible, horrible premonition, I hesitantly look up.

It's ______. Except instead of her usual self, her head's been blown off. The body twitches, becomes stiff for a moment, and finally goes limp. It falls to the ground with a light thud, myself being too stunned to react.

My head slowly turns to the side. If you listened closely, you might even imagine my neck joints creaking like a rusted chunk of metal.

A man stands, holding a spherical ball of metal in one of his hands. Based on the shape, it's definitely meant for throwing.

I face my palm towards him and clench my fist. In an instant, his body is crumpled like a sheet of paper. His broken ribcage pierces his lungs, his intestines rupture, his stomach explodes, his neck twists the wrong way, his nails peel off of his fingers, his every bone cracks and snaps, his very skin tears from the stress of being stretched to its limits....

With a swipe of my hand, he's thrown off to the side like the trash he is.

...It's really quiet right now. Obviously, the screaming I hear from the burning city is pretty audible, but that's kind of like the natural ambience at this point.

Y'know, cause people burning alive is like a natural sound now. It's been going on long enough to the point where my brain's gotten used to it.

Fuck. I can't believe it, I can't believe it, this can't be happening. For a moment, I thought it was all gonna be okay. I had a single moment of relief, and within not even 10 seconds, it was ripped away. I should have known this would happen, nothing good ever happens for no reason.

I wipe my face with my sleeve and walk over to the nearest tree, leaning against it and letting out a pained sob.

God must be some kinda sadist for stuff like this to happen. Always so unreliable, and who knows if prayers even reach him.

My entire body shudders, forcing me awake. I look around in a panic before calming down.

"Having nightmares? Don't let 'em get to you, kid."

That dream... it's no good, I can't remember it. Just thinking about it gives me a feeling of wrongness, like it's good that whatever I was dreaming about was forgotten. But...

Even if it was just a nightmare, I feel like whatever happened was important, something essential to who I am... or who I used to be. I don't want to let that go, otherwise I'm not being who I really am. And I don't know why, but I feel like that's important. Still, no matter what, nothing is coming to mind.

Since I can't write while on Celes's back, I squirm around and hop onto the ground.

[How long until we reach the city?]

"Not much longer. We should arrive in less than an hour, I'd say."

[So, what's the plan when we get there? I'm sure that taking care of a lost child would be difficult for someone like you.]

"Someone like me... is that supposed to be an insult?"

Celes chuckles at my obvious irritation, but soon stops to talk once again.

I nod my head. That much was expected, but still a bit disappointing.

"But you won't be able to do anything in the city the way you are, and that doesn't sit well with me. So before you go in, I'm gonna take a quick trip when we reach the gates and buy you some real clothes, a notebook so you can write, stuff to wash all of the blood off of you, and then maybe you can find yourself a job. Oh, I'll also grab you some coins so a brat like you can get yourself started."

Don't call me a brat.

"Best case scenario you can get a job to clean up a shop or whatever cause you'll have stable pay and won't need to talk. Worst case is either a beggar or adventurer. Both suck. Former's obvious as to why, latter's cause it single handedly has the highest death rates of any job, even being quite popular. You might even die sooner doing that compared to in the slums if you're too reckless."

I see. Well, I'm mute, so I'll probably end up with one of the last two.

"If you wanted to know, I'm an adventurer. I'm telling you that it sucks, cause I've experienced that it sucks. Don't do it unless you're planning to travel around a lot. And even then, I'd just suggest stealing. It won't kill you, at the very least."

[How can a job so sucky be popular?]

Celes reads through the sentence a few times before groaning,

"People don't like the authority here. Military, church, taxes, church, especially church, you name it. Being an adventurer grants people a certain degree of freedom, like getting out of paying entry fees, or being hired as an escort for a carriage rather than paying for a ride. Additionally, people find it thrilling to go on subjugation quests or whatever."

So the reason she's out here doing... whatever, could be because she's on a quest. That sounds pretty shitty. But still, unless you're planning on travelling around a lot...

If I want to uncover my past, I feel like I'll need to go around quite a bit, but as said, being an adventurer sounds really shitty. Maybe I should listen to her and actually steal, even though she meant it as a joke.

If I were stronger, maybe I could take advantage of my body and play "rape-bait"; luring people into alleys so I can beat them up and steal their money. Except it's super risky, and if something goes wrong, I kinda really don't want to actually get raped.

No matter what, I can't see a very good way to go about doing this. There's the issue about my memories too. Even if I know they're missing and I need to get them back, I've got no idea how to actually do that.

I climb back up onto Celes's back. Right now, I'm stuck with a limited amount of time to escape.

What a shitty situation.

"Maestra, we're getting pretty close to the forest's edge here. Once we get there I'll have to leave you so I can get the stuff. It won't be safe right outside the walls, and the guards might get a bit suspicious. So you'll just have to bear with it out here."

I start mentally preparing myself for what's coming ahead. First priority is to get a source of income, then I've gotta learn more about who I really am... alright?

Celes's only gonna be leaving me for about 2 hours, so I've just gotta hope that nothing bad's gonna happen.

I won't bother praying to God. Something deep inside me just abhors the idea.

Cause I mean, look at what I've gone through so far in just a few days.

God must be some kinda sadist for stuff like this to happen.