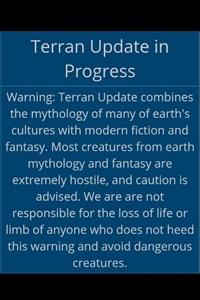 Sleeping Through the Apocalypse

Chapter 9: All your base are belong to us

I woke up calm and serene. My arm barely ached, the goblins were gone, and the whole floor was clean, so today was the day to start getting things done. I tucked a few suture needles into my pocket and some sealed gauze, bandages, and rubbing alcohol into a “pocket” I had made just above my wrench holster on my jeans-satchel-quiver-thing. I really needed a better name for that. Not having to run back to my room if I got hurt could save my life.

Now it was time to explore. Out of all the rooms left on my floor, one interested me the most. It was on the opposite side of the building from the housekeeping room, and the door only said, “utility,” I didn’t have high hopes, but it was the only unique room left. Other than that, it was all just more apartments. The door was locked, and while I could break it down, I didn’t want to damage things more than I had to. I pulled my wrench from my pant-bandolier and beat a hole in the drywall just a few inches from the part of the door frame nearest the doorknob. I reached in, opened the door from the inside, and walked in.

The inside was very different from what I had anticipated. It was the same size as the housekeeping room, but it was mostly empty. One wall had the floor’s power distribution, but the breaker boxes were locked. Next to the far wall was a large tankless water heater, as well as labeled pipes for each room and a shutoff valve for each. While I questioned having the water and the power in the same room, I supposed that when the breakers were properly covered, it didn’t make too much difference.

The final wall is what drew most of my attention. It had many tools, such as another pipe wrench, just like the one I held in my hand. The first goblin I killed must have raided a room just like this one. There was a power drill with drill bits and screwdriver heads, organizer drawers packed with every screw, bolt, or nail you could imagine, ratchets, very large spanners, and so much more. It was a treasure trove of heavy metal objects just waiting to break goblin skulls. I didn’t need more than one, but I felt better knowing that I could get another one if I ever lost mine.

Even among all the items on this wall that demanded my attention, there was a single item that I couldn’t take my eyes off of. I felt like a man lost in a desert who had found a well, or a starving man who stumbled into a Mcdonald’s. There was a key ring on a hook with four keys on it. Two were normal keys, one was a miniature key, and the third had a strange, circular end on it. The two normal keys were etched. One said, “STAIR,” and the other said, “37APT.” I remembered a small keyhole on each of the breaker boxes and tested the little key on one of them and confirmed it opened those. The strange key reminded me of something, but I couldn’t quite place it. The circle shape on the key end looked like something I had seen a thousand times before, but I just couldn’t imagine what it was.

I gave up trying to guess what it went to and simply resolved to keep my eyes open. I tested the “37APT” key on the first apartment outside, and it turned out to be precisely what it claimed to be. It was the master key for the floor. I had one last key to test, and if it did what I hoped it did, my day was about to get infinitely better.

I walked to the nearby trash stairwell, put the key in, and turned it. It locked. I could open it from the apartment side, but it was locked on the stairwell side. I turned the other way, and it was unlocked again. I sighed with relief. This key was the single most important item I had found. It meant I could lock the door behind me when I left. It meant nothing could get through without a key and the knowledge and ability to use it. I was so excited. I pulled open the door without even checking if there were goblins in the stairwell and tested the key on the outside. If this worked… And it did!

All the resources on this floor were now undeniably mine. Even when I wasn’t here to guard them, they were safe. That meant it was pointless to gather them for now. What I needed to do now was claim more resources.

I ran to the other side of the building and locked the disposal stairwell door as well. Just to make sure, I tested the key on the outside, and it unlocked effortlessly. The last thing I needed was to be locked out by a broken lock. I ran up the next flight of stairs to floor 38 and locked the door. Instead of trying to clear the floor, I ran up to floor 39, and- ‘Oh god. Why am I running up these stairs?’ I sat down, panting against the door to floor 39. I tried to brace it with my body in case anything tried to come out, and I let myself relax for a few minutes.

When I caught my breath, I trudged up to floor 40 and locked it. 41 - locked. 42 - locked. 43 - locked. 45 - locked. I paused for a moment, wondering if I had lost count before I reminded myself this building never had a 44th floor. It was because of some Asian superstition.

I started up the next flight of stairs, but I hit my limit. I stopped halfway up to floor 46 and started trudging back down. It suddenly felt so much further now that I wasn’t filled with adrenaline. Once I started slowly walking down the stairs, I noticed that the higher up I went in the tower, the less debris and refuse from goblin habitation I saw. I hoped that meant that there weren’t goblins living up here.

My plan was simple, lock every single floor and stop all goblin movements. They would end up trapped in the stairwell if they left a floor unless another goblin was inside to open the door. This meant that any floors that weren’t already infested would remain that way, and their resources were mine to pilfer at my leisure. It meant I could clear each floor one at a time and retreat back to my base as i pleased. I could clear a floor with the safety of a locked door at my back, and as soon as I had routed all the goblins, they wouldn’t be able to return.

I was feeling quite proud of myself for my new plan, despite how tired I was from climbing seven flights of stairs. I didn’t think I had ever climbed that many stairs all at once in my entire life. Without that adrenaline and euphoria, I was exhausted. I really needed to improve my endurance immediately.

I was just a few steps away from floor 41 when my satisfaction turned to dread. Suddenly, I started hearing grunting. That quickly turned to angry growling and shouting, and then I heard the pounding of metal on metal. I knew exactly what had happened. Something, or many somethings by the sound of the angry grumbling, was in the stairwell with me. It was trying to get into a floor that was now locked, and that meant they were just as close as they sounded because I had only locked floors 37 through 45, and these things were below me. That meant they were between me and my floor.

Hey, sorry this one is a bit short, I had to cannibalize it to form chapter 8.5 and make 13 make a bit more sense. Thank you all again for your constructive criticism and support! See you all on Saturday!

Support "Sleeping Through the Apocalypse"