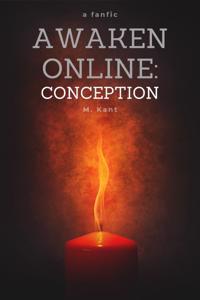 Awaken Online begins with the brutal slaughter of a simple warrior named Chris. This is his story.

Raising his sister alone has been tough, especially since she started falling in with a bad crowd. Chris’s only escape has been video games, but when his sister’s situation escalates to potential jail time, Chris has some tough decisions to make to get her out of trouble.

An interesting take on the original series.

As the title stated, this is a fan fiction of the series Awaken online. Yet the author made the story his own, Chris is a realistic (but mabye a bit guillieble when it comes to his sister) and likable character with well thought out motivations. He fits perfectly into the world or AO yet feels suprisingly unique. This is one of the better fan fictions i've read and i would recomend you give it a try.

That being said, here's a summary of both the good and the bad parts of the story.

The book is well thought out and well written, with good descriptions and explanations.

Most of the characters are realistic and not just slaves to the plot(granted the plot hasn't exactly been revealed yet).

Some grammatical errors as well as a few problems with past and present tense.

Chris's sister lily, feels more like a plot point than a part of the world and story. So far all she's done is make dumb decisions and make things unnesesarily difficult for chris. Lily is mentioned specifically because she is the only charater i've thought this about. I have to mention that as i'm rewiewing this, only twelwe chapter have been released. My opinion is eligble to change.

The MC feels very similiar to Jason in terms of backstory, and i have to stress the word similiar. Chis is still plenty unique, but has a very similiar feel.

Very few chapters have been released at the time of writing so keep that in mind. The reason i gave it 4 is because while i really liked it, it's still very short. I would also really like to see the author write his own story as i think he/she has a lot of potential, so if you see this author, keep that in mind!