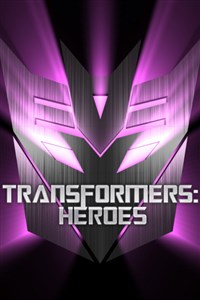 Home of the Heroic Decepticons

Heroic Decepticons Alternate Universe. A century ago, the eons-old war between the Autobots and the Decepticons suddenly and inexplicably came to an end. Since then, many have gone their separate ways, whilst others still hold onto the bitter memories of war. Now, as Autobots and Neutrals join forces in a new directive to capture every Decepticon still left alive, it appears that the Autobots will finally get their chance to even the score, and defeat their enemies once and for all. But when they become the target of seemingly random, yet terrifying attacks, some begin to realize that the enemy may be much closer to home than anyone could have ever imagined.

While it helps to have a little bit of prior knowledge about the world of Transformers, you don't need to be a Transformers fan to enjoy this story, or even a Decepticons fan! One thing I can say for sure is that it is unlike any Transformers fan fiction you've ever come across.

This story aims to explore one possible set of motivations in depth in a setting of ongoing conflict between the Autobots (and, more recently, the Alliance - a collaboration between Autobots and Neutrals) and the Decepticons.

Although this story takes a lot of things from the G1 cartoon, it is by no means strictly G1 toon oriented and introduces characters and/or ideas from other continuities (Sentinel Prime, Jhiaxus, Thunderblast and Rook (not the Autobot Rook - the other Rook!). Set primarily on Cybertron and Alternity City, it also deviates from certain key elements common in Transformers canon. For one thing, the general consensus that all Autobots are good and all Decepticons are bad is challenged, and a new meaning to the motivations behind their conflict is offered (which is a recurring theme in my Heroic Decepticons Alternate Universes). Some personalities have been altered from their canonical profiles as a necessity (Megatron being the most obvious example) and developed to a much deeper level than the original cartoon allowed.

I hope you enjoy and thanks for reading.

Home of the Heroic Decepticons