Soo...yeah. May have woken up late today. Currently in my room, suffering from one hell of a cold. Yes, its winter here in SA and I may have waled outside without a jersey for longer than my feeble body can handle. Regardless, your chapter is here! 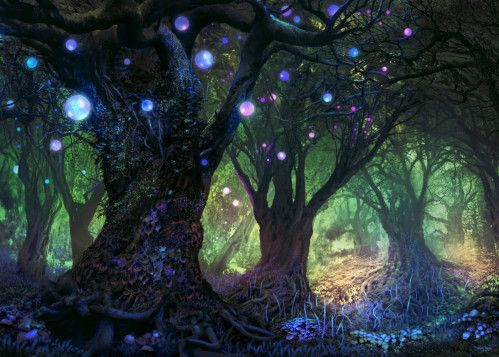 Shimza was going to die. He knew this, and yet, he kept crawling forward, kept hoping that he would find salvation. Had this not been what he wanted? To finally die and join his family? He wondered for a moment if there was an afterlife, and if he would have his memories of his family once there.

His wife Sophie, who kept her hair dyed red so people would mistaken her for Mellifluous and their daughter Rory. Sweet little Rory whose eyes were darker than a starless night sky. Rory, who'd cried when her farther burnt himself casting his first fireball. Rory, who'd nursed her dying mother on her own in her father's absence. Rory...

He would finally get the chance to explain it all to her. He'd tell her how he'd wanted to be there for her mother but could not disobey the king. He'd tell her that if he could go back in time, he'd disobey the daft king's orders anyway and refuse the mission. He would stay and look for a cure to heal their mother instead. He would never abandon them again and every night he would remind them of just how much he loved them.

For the first time since his daughter's death, Shimza cried. He did not cry because of the arrows protruding from his back. He did not cry for the blood he'd left painting the mushroomed floors of the forest. He cried for a path not taken, a life not lived. A life where his name was not Shimza, but Jaune Quelman.

He started to laugh, spitting blood with every chocking cackle, remembering how he'd hated that name. How he'd wanted so badly to leave his father's title behind to become a single named man. To become a mage who rained fire upon his enemies. To become Shimza.

Shimza, who was dying alone in a cursed forest, with no family, no friends, and worst of all, no purpose. Finally giving up on salvation he rolled over, exposing his skewered belly, blood still oozing out of the freshly cut gash that lined his stomach. He looked at the blood gurgling and laughed. This was it. This was the end.

"Of all the people who've laughed at the beginning of an adventure, your laugh has been the loudest."

Shimza looked up at the robed figure whose beard swept over the mushrooms as he leaned in to inspect the mage.

"Are you supposed to be him?" Shimza chortled out.

At this Shimza coughed, spraying Arson with a mixture of blood and saliva which vaporized upon contact.

"Holy fire storms! It is you. Am I dead?" Shimza looked about him and smiled a deathly smile. "You are not supposed to feel pain even after death... are you?"

Arson had to smile, he offered the mage his hand.

"Not just yet Mr Quelman. You are still far from Death."

Shimza tried lifting his hand but it had numbed.

"Oh, sorry." Arson said and went to place his hand on the mage's forehead. The world spun, and disappeared from view.

"Where am I?" Shimza asked when he woke, examining the fabric walled room he was in. He shook his head, trying to rid himself of the ringing bells that echoed within his head.

"What have you done to me?" the more he shook his head the louder the bells rang and then they started burning. As if a spark had ignited deep within his mind.

"Relax..." Arson cautioned. "That will only make it worse."

Shimza looked down at himself and found he was fully undressed.

"Here." A feline woman handed Shimza a new set of clothes resembling those the hermit wore.

"Those should withstand the fire." Arson put in.

"Hermit, what have you done to me?" Shimza yelled in frustration.

"I've given you a link to the spark. The one true fire."

Shimza jumped at the old man and pushed him up against the wall.

The feline woman pounced up and swept his legs from under him and he had no choice but to let go of the man as he came back to the floor.

"What link? What fire?" He screamed from his seated position.

Then he remembered something and unfurled the fists he'd unconsciously made. He looked at his stomach. Nothing. He felt for arrow stubs sticking out from his back. Nothing. He was perfectly fine. As if he had not just been on the verge of dying.

"Thank you Vivi," Arson said to the feline, nodding his head in acknowledgement.

"These are your gifts, sir." the feline responded.

"There's nothing you can give me that I want." Shimza replied, picking up the clothes so he can be on his way.

At this, Shimza turned around and faced the old man.

"What are you talking about?"

"You are a giver, aren't you? Not happy when receiving gifts but live to give them. I met a fellow just like you only but a day or so ago. You may know him. Lost the one he was happiest giving to, just like you. I believe he's found others though. There are always people looking to be helped."

The feline woman looked saddened at the words, as if what the hermit was saying held some profound and deep meaning to her.

Shimza turned and looked at the door. He figured he was in some sort of tepee as the wind made the cloth covering the entrance flap, sending a gentle breeze into the room.

"Who needs my help?" Shimza asked.

The hermit smiled. This was the day they had been waiting for. The final piece was in place. Fate may have played his card well when he destroyed the feline alongside Solestia, but men would have Hope once more.

"The question may not be of who, but what?" Said the hermit. "Prepare to save the world my dear mage."

Enjoying the story? Don't hesitate to leave a comment saying so or leaving a nice fat rating. Also, do point out any grammar and spelling errors you may come across. It would be a great help. Lots of love from your favourite author :)