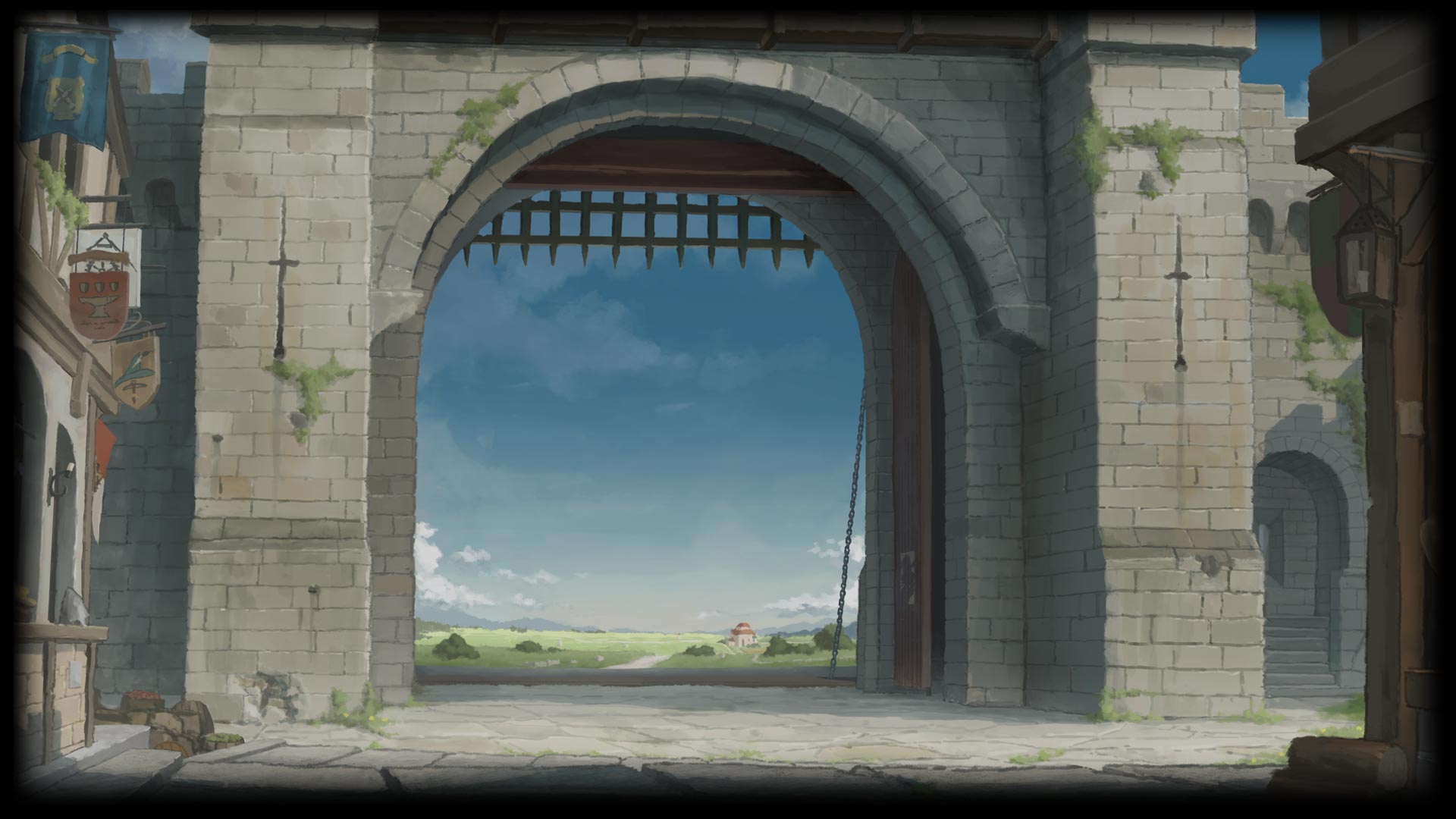 ~Solestia, one of the three remaining human cities~

"Who goes there?" a guard shouted.

The cloaked figure stopped his approach and lowered his travel worn black hood to reveal himself.

Blue eyes, blonde hair and a rectangular face that even though hardened by exposure to the unforgiving natural elements, still held a certain elegance, enough to swoon a few maidens if necessary.

"A messenger from Wyden. I carry a message for the king." he announced, his voice calm and clear though still loud enough to be heard from atop the wall.

The guard disappeared from he stood. After only a moment of waiting the thick iron gates drew open and four knights clad in white armour walked out. A chubby man who led them looked the messenger over before he beckoned him in.

Inside the castle walls, the sun seemed to shine just a little brighter than in the city outside, the flowers grew greener and fountain waters clearer. It was as if the castle that stood before him, with its intricate twists and turns and pointed towers, gave off its own light to heighten nature's already crisp beauty. This truly did seem like a place where one would find peace and solace. The messenger followed the chubby man through the well-tended palace gardens and into the palace itself.

"Wait here, the grand elder will be with you shortly." the man announced as they entered into a great hall.

It's walls curved out and then inward as they approached the ceiling from which about a dozen golden chandeliers hung. Two long tables stretched from the archway entrance and seemed to span half the floor. On the far half a thinner more rectangular well-polished table stood just below the throne that loomed over the rest of the room with an inanimate authority. It was moulded from gold and cherry red fabric embraced its inside screaming comfort.

"Beautiful isn't it?" a clear voice that demanded attention made the messenger snap out of his reverie. Upon seeing the robes he knelt and bowed his head.

"Up." the king commanded.

"Forgive me sire, I did not hear them announce you."

"Don't be so formal. Formalities are futile in times like these."

"If it's news about shifters then yes. We've had to deal with one just weeks ago. And a messenger from Bravaldor informed us that they had a similar situation."

"No offence sire but if you've heard about the shifters shouldn't you be taking more caution." the messenger gestured at himself.

The king smiled. He snapped his finger and before the click could echo in the hall a blade was on the messenger's neck.

He had almost forgotten about the knights that had escorted him in.

"You wouldn't happen to be a shifter now would you?" the king smiled and waved his hand. The knight released the messenger and walked back to his post. The messenger massaged his neck to try and rub off the feeling of a phantom blade that lingered there.

"If a shifter dares enter these walls again I will have it sliced into a million pieces." a wave of emotions swept across the king's face. "Is there anything else you wish to say?"

"Ah. Yes." the messenger swallowed. "There have been reports of moon sightings from the Eastern Watch."

He searched his robes and retrieved two folded papers with red eye seals.

The king took the paper, broke the seal and read.

"Maison!" the king called. The old man who'd escorted the messenger ran in and just as he was about to bow the king ordered;

"Gather the elders and the knight's council." he turned to the messenger, "What's your name?" he asked.

The messenger was caught aback by this statement. He'd never been asked his name before, well, not during a delivery. All people cared about were the messages he carried. He was just a courier and nothing more.

"Well Daniel. You are about to carry the most important message any courier has ever carried. You'll be given one white knight and a fresh horse. You are to protect this message with your life and ensure that it is delivered."

"Forgive me your highness but I am to report back home on the success of this mission."

"I am aware of that young Daniel. That is why the message is to the king of Wyden. Send that old fool my regards will you."

Daniel waited by the stables. He was used to waiting. In his line of work one had to be patient. What he wasn't used to was not knowing. He'd carried many letters and messages too sensitive to be on paper. Some were even encoded but he'd always found a way around to knowing what was going on.

Keep her safe. it read.

The king had not even bothered to try and hide it as he had even written this right in front of him before stamping his seal on it, a plain shield with swords crossed behind it. Who was being kept safe and why? And why had the King summoned a meeting? How was this message so important that he had to be escorted by a knight? What was taking the knight so long to arrive?

Daniel turned to face a man who had approached him so silently it was still hard to believe he was there. Had someone just snuck up on him, again? Beside him stood a girl. Black hair, a dress white as snow and the most dazzling sapphire eyes he had ever seen. A noblewoman, judging by the way she stood. Head held high and regarding everything like it was beneath her.

"Yes. That's me." he said to the man. His eyes still focused on the girl who just stood there, now looking down at the ground as if the soil owed her an apology for dirtying her shoes.

The man handed him a piece of paper with the same seal as his.

He broke the seal and read the letter.

"So you are the knight? Why are you not wearing your armor?"

"If you could read the rest of it please?" the man replied.

He read the rest of the letter.

"You are the princess? Lady Nadia, your highness I was not aware of-"

"Stop it!" the knight yanked him up mid-bow.

"Does the word discreet mean nothing to you?"

"Forgive me... where are the horses?" Daniel asked instead, cursing himself for being so stupid.

The mission was simple. Get the princess out of Solestia as discreetly as possible and deliver her to Wyden where King Thomas would protect her. Protect from what? He had no idea. All he could think of at that moment was the reward. This was indeed, the most important message a courier had ever delivered. If one could call it that.

Enjoying the story? Consider leaving a rating or a review